Brief Update From the Field In Cairo

Yesterday we visited the Cairo citadel and market. By now we're getting so used to the scammers that we're starting to even flout the "cardinal rule" of "don't even acknowledge them" and respond with saucy answers such as "what would I do with THAT?" and "definitely not!" I'm not big on souviniers but I bought a little metal cup for 15 pounds and then asked its price at several other shops and was pleased to find most of them were unwilling to go as low as 15. Additionally I bought a picture of an Egyptian boat on papyrus for 45 pounds that had had an asking price of 400 at the place most of the others bought papyrus prints. When it comes time to haggle prices I just turn it over to Mark though because he's very good at it.

Got scammed out of 5 pounds on by a bathroom attendant (in making change for my 10 pound note when I tried to give him the obligatory tip for handing me paper towels) but it actually amused me more than anything (see the new section I added to last entry for a fuller description).

Abrupt goodbye to the others as they headed towards "connecting flights" and I headed for "ground transportation." Was hoping to end up somewhere with resources but it just dumped me into a parking lot. Made my way to Manhattan and am now in an internet cafe

Uploaded some pictures of Sinai. Was gonna post one here but have 25 seconds left. Cheerio!

Edit: In the famous words of Dr. Seuss... Could you? Would you? With a goat? (Image posted via emotional blackmail by

whirled, so if I get it wrong, don't blame 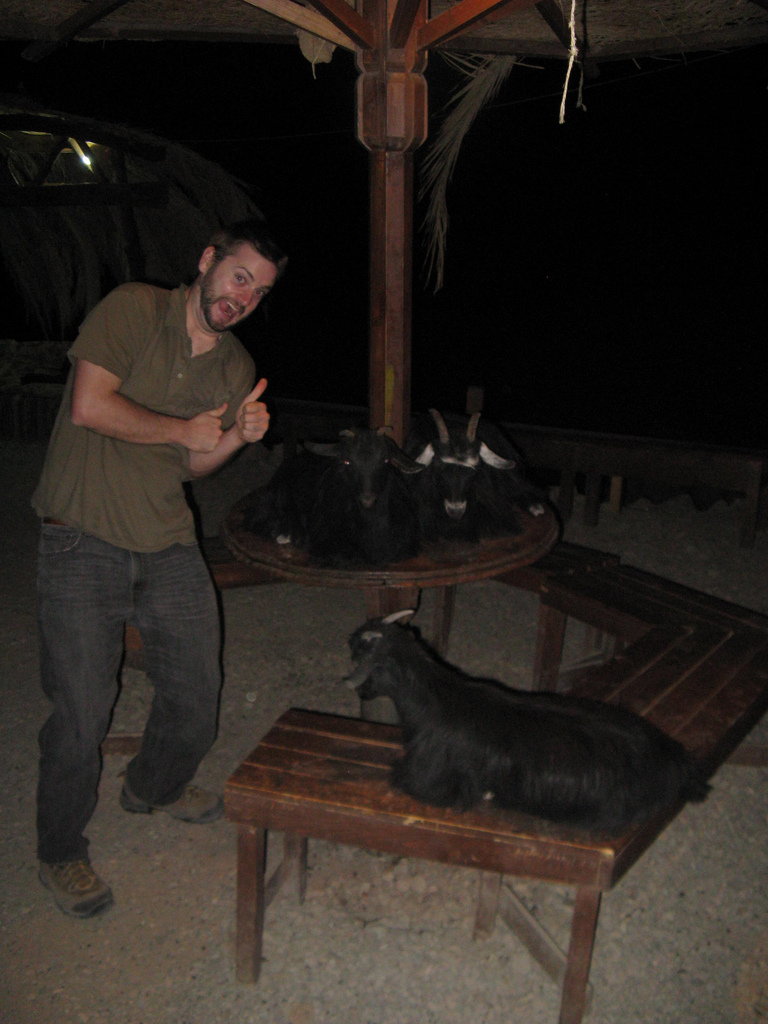