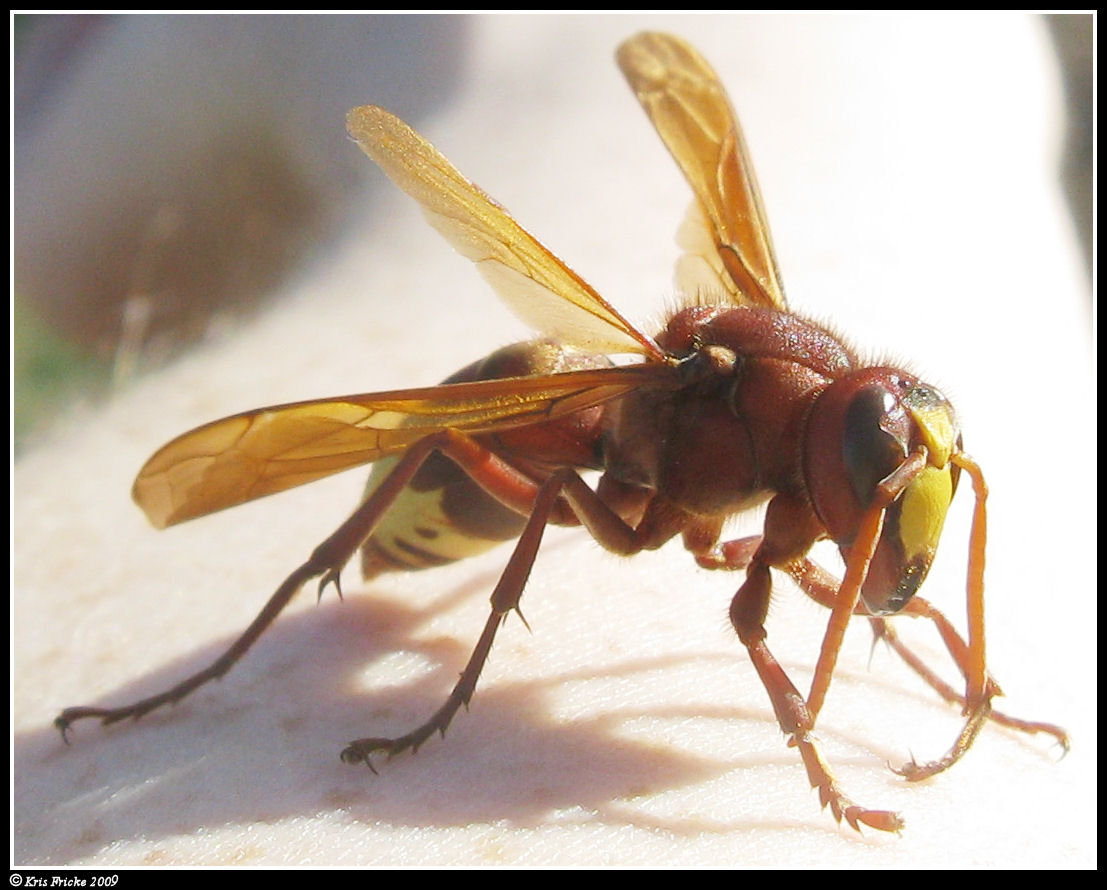 Remember this lass? I know you were all on the edge of your seats to find out what it was. After some poking around I've determined that it appears to be an Oriental Hornet (Vespa orientalis).

Interesting note on V. orientalis, they appear to use electricity!

Various structures or constructions of the Oriental Hornet Vespa orientalis such as the cuticle, the spun silk and the comb cell walls discharge an electric current. In the dark, at a temperature range of 5 - 33° C, this current increases with rise in the temperature and decreases as the temperature drops. Between the ascending and descending "lines" of the current, a broad hysteresis is formed.þ The created current may attain a level of up to 700 nano Amperes (nA).
Upon exposure to light of the hornets or its constructions, the electric current diminishes within minutes to its minimal values, no hysteresis is formed between the warming and cooling lines and the voltage increases.
...
In the Discussion section, an attempt is made to explain the thermoelectric mechanism in pupal silk and its contribution, as thermometer and thermostat, to thermoregulation of the individual pupae, each of which is an independent thermal unit. The thermoregulation here is compared with the mode of action of heat pipes in industry. - source

Also the above-linked website has some cute pictures, such as oriental hornets drinking milk, trying to fly away with too big a piece of ham, eating hamburger, and my favourite, being surprised by an ant.