"Let's get back to the city, the religious nuts out here kind of freak me out" says the girl, grasping the boy's arm.

"Oh, they're just, you know, old timey" reassures the lad, as if this explains it. "They mean well, really"

"They're so damn conservative though, lord knows what I might accidentally do and have them accusing me of sorcery." Coming upon the edge of town she was relieved to look up and see the city itself not too far off.

"Haha no one's going to be burning anyone at the stake" says the lad, giving her a playful bump sideways as they walked, "they're just, you know, farmers, and things are slow to change out here."

"Just as long as the religious nuts don't get control of the government again!" exclaims the girl, feeling more at ease to speak freely now that they were away from the nearest houses.

"I don't think that could happen again," speculates the lad, recalling a recent leader who had started an unsuccessful war in the Middle East.. and died there. "Valentinian's got a handle on things, I don't think it will ever happen again" notes the boy.

"Damn pagans," grumbles the girl, adjusting her tunic. "How much further to Rome?"

I don't understand people who call themselves "Pagans." The word "pagan" comes from latin "pagus," meaning literally "peasants." The modern day "pagans" wouldn't be the new agey hippies of Santa Cruz with their vague supplications to "the Goddess," it would be the "rednecks" and "hillbillies" of the deep Christian backwaters. "Pagan" means simply "the religion of the backwaters."

Or at best, it is not a specific religion. Saying you're "a pagan" is like a Christian describing himself as an infidel because that's what an intolerant Muslim might call him.

Yet still you see people, including many here in LJ Idol (at least last year) who will go on seriously about how their religion is "Pagan." THIS IS NOT A RELIGION. You can be wiccan or norse or believe in Celtic or Gaulish druidism, or one of hundreds of other things that have been called pagan throughout history, or you can be something new agey you're making up as you go along based on whims as they come to you, but I feel like if you call yourself Pagan you are probably keeping alive an insult that the original believers of the religion you're trying to follow would not have appreciated at all.


In other news, a few years after the above narrative takes place, Valentinian ("the Last Great Roman Emperor") dies and his son Valentinian II has his power usurped by a "pagan" chief of the military. And around it goes. 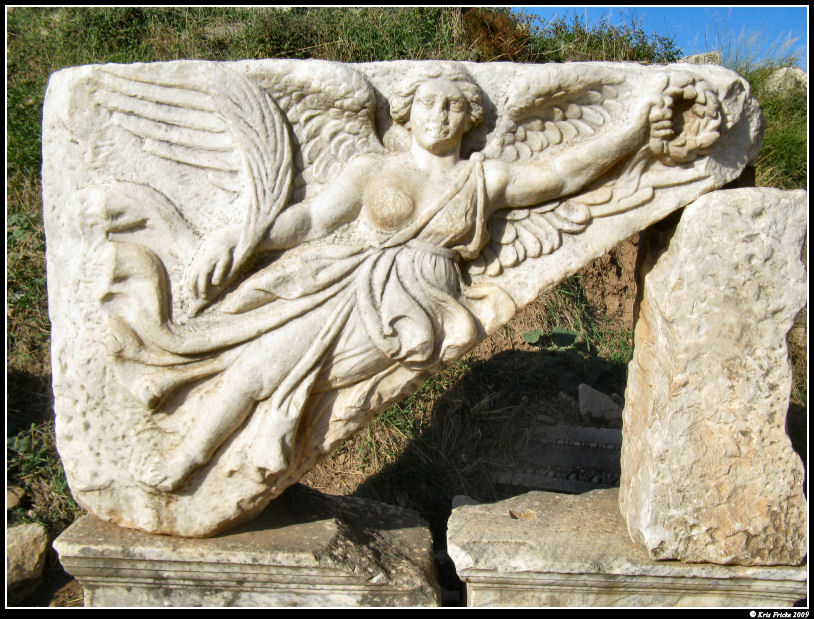 And here's a kitten

(and in a continuing series of animals in ruins, a (emo?) snail, a (electric!) hornet, and a zombie.)