So of course, after having no idea what to write for the weekly LJ Idol topic all week ("Bearing false witness") and finally writing something guaranteed to offend some people and imo not terribly exciting anyway, I NOW remember a story I'd been meaning to write about at some point that would have worked better.

What follows will be a very rough skeleton / summary of what it would have been.

May 7th, 1946, Prague -- German-held Prague is sandwiched between Red Army forces closing in from the East and US Army forces just a day or two away to the West. Inspired by the imminent collapse of Nazi Germany, insurgents in the city have risen in revolt two days prior. A major motivating factor for this 11th hour revolt may have been to deliver the city to the US forces rather than the brutal Red Army.
The Waffen-SS is however conducting a violent operation to recapture the city using tanks and airstrikes. With their overwhelmingly better equipment the SS is decimating the resistence. Ironically, a goal of the Germans was to capture the train station so that Army Group Centre to the East could be evacuated westward to surrender to the US.
When all seems lost, suddenly a division that appears to be German is attacking the SS itself. I'd imagine this must have seemed very confusing at the time. The unit is actually a German unit formed of captured Soviet prisoners of war ("the ROA"), which has just defected. They are all Russian and veterans of the Eastern Front. They have the experience and the equipment to significantly disrupt the SS offensive and turn the tides of battle.
However as word of the imminent arrival of the Red Army spread, the ROA quickly leaves the city to head West for US held territory, knowing that Soviet policy is to treat anyone who has been captured by the Germans at any point under any circumstances as a traitor. Germans hold sway over the city for one more day (the Waffen SS ignores the official surrender of Germany that has been announced that day) until the Red Army arrives the next day.

Much of the ROA force succeeds in reaching US lines. There they are rounded up by US forces and forcibly repatriated to the Soviet Union where they face execution. Also the US Army could have reached Prague days earlier but halted at the demarcation line that had been negotiated with Stalin.

On a related note of questionable allegiances, apparently the Waffen-SS in Prague included forcibly conscripted Estonians, who described the experience as "Czech Hell" and were later trusted by the Allies to guard the Nuremburg Trials.


So yeah, the above is obviously just a summary, but I think it'd make for a really good story. If only I'd thought of it 36 hours ago. ): 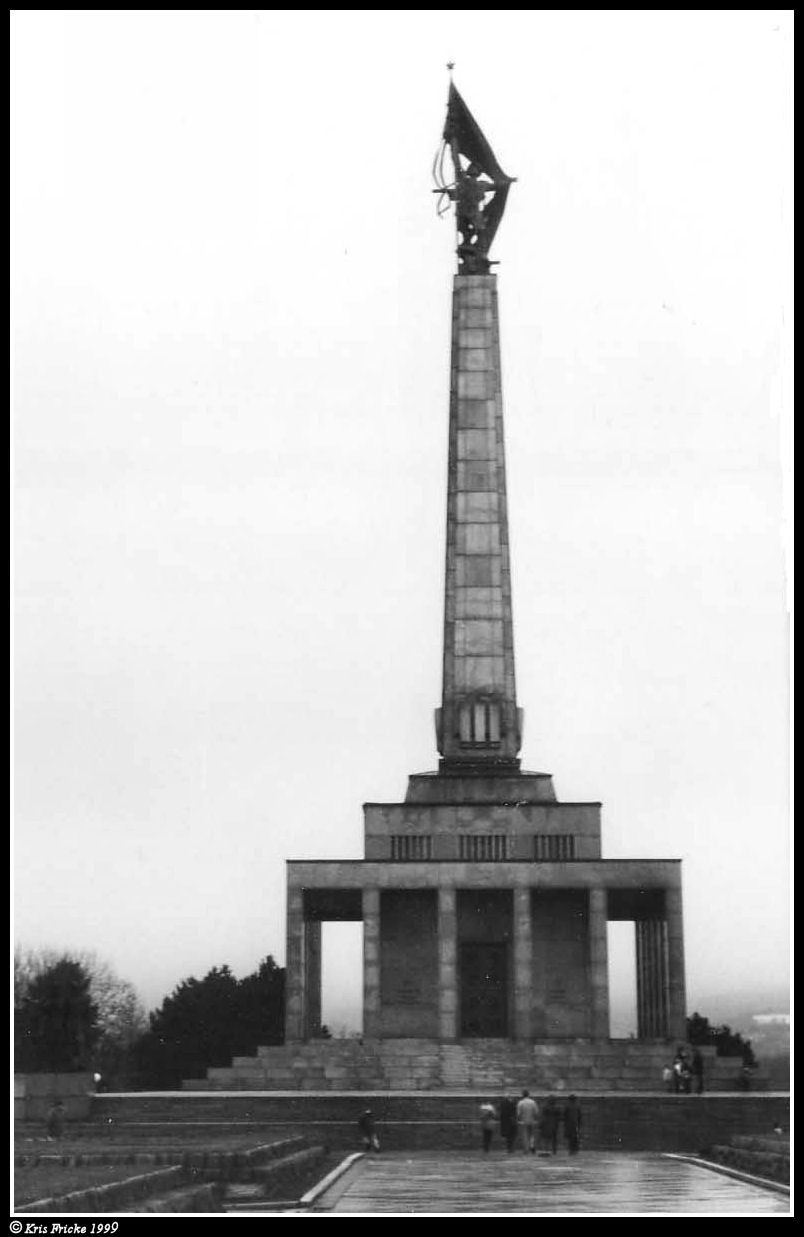 Monument to the liberation by the Red Army, Bratislava, Slovakia
Tags: history
Subscribe