I mean, they've always been a joke.

The confiscation of "sharp objects" down to and including nail clippers? Useless considering there's restaurants on the far side of the security checkpoint, which presumably have knives. You really think Al-queda can't infiltrate McDonalds and pass a knife off to their man on the plane? Or smuggle explosives in amongst the patties of grade F meat?

And that obnoxious rule about individually packaging your liquids and gels? What the hell does that accomplish? Would that have stopped the shoe bomber and his explosive shoes? Did it stop this fellow from smuggling his explosives in on his body? This rule accomplishes nothing other than getting my toothpaste confiscated when I forget about it. That and I saw a fellow lose a $40 bottle of wine he had bought in the previous airport, not realizing he'd have to go through another security checkpoint.

And now they're banning moving about the cabin in the last hour of flight, as if for a second a terrorist is going to be thwarted by that? Aside from the obvious (so a the terrorist will just strike at any OTHER time), if he really wanted to do his terroristing in the last 20 minutes is the rule going to stop him from jumping up and doing it anyway? It really accomplishes absolutely nothing other than being obnoxious.

And then of course the rules about not having blankets or any other objects on your lap, I'm guessing they'll reverse that pretty fast because that's preposterous. Apparently they even banned the provided in-flight entertainment on some international flights --- WHA? People are going to START committing acts of terrorism OUT OF SHEER BOREDOM! And HOW does watching a movie in the seat in front of you potentially lead to a terrorist threat?!?!?!?!

The Transportation Security Administration did little to explain the rules. And that inconsistency might well have been deliberate: What's confusing to passengers is also confusing to potential terrorists.

I think that's clearly bullshittery for "we have no idea what we're doing and we're making it up as we go along!"

Seriously though, how obnoxious are they going to make flying? I think they should have the option of flying on special lower security flights, for those of us who'd rather take our chances with the terr'ists than the psychotic rule of TSA. 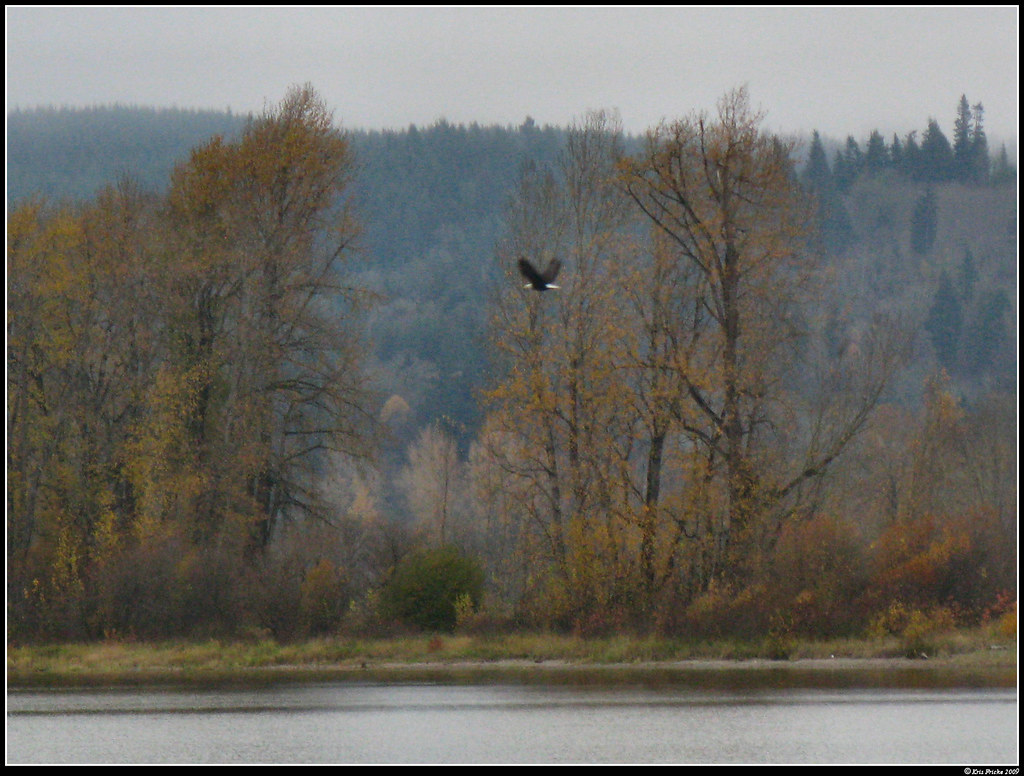 This seems like the appropriate juncture for a picture of a bald eagle in flight no?
Taken while under sail on the Colombia River last month.