As you may recall, where I left off on reporting on real life here, I was back working at the bee mines and had that day been unable to get to the bees due to the highway being closed, allegedly due to fallen trees.

Well it turns out, it wasn't because of fallen trees.


It takes about an hour driving up a winding roads into the hills to get to where the bees are. The next day, Friday, the road was not closed, and I was able to go up there. After about 20 minutes on the paved highway one turns off and drives up a dirt road for about a mile and a half. There's a bunch of buildings and ranches just off the highway but then it quickly disappears into the wilderness of the hills.
Finally I come out to the meadow at the far side of which the beehives are. I am find myself looking in shock at a meadow full of trucks. Green forest service firetrucks, a few red ones. Support vehicles. And right in the middle, in the very middle of lifting off, a helicopter.
Firefighters are walking around all over the place. I ask some nearby what's going on and they point to a burned patch just a few hundred yards from the bees, saying they are putting the "final touches" on the wildfire (I can't see any flames).
Being as I haven't heard anything about this fire, and the Cal Trans website the day before had definitely said it was because of downed trees that the road was closed I feel like this is some kind of government conspiracy to keep the fire under wraps or something.

Didn't get any pictures of the helicopter unfortunately as it was just taking off when I got there and I was trying to figure out what the hell was going on, but here's some other pictures: 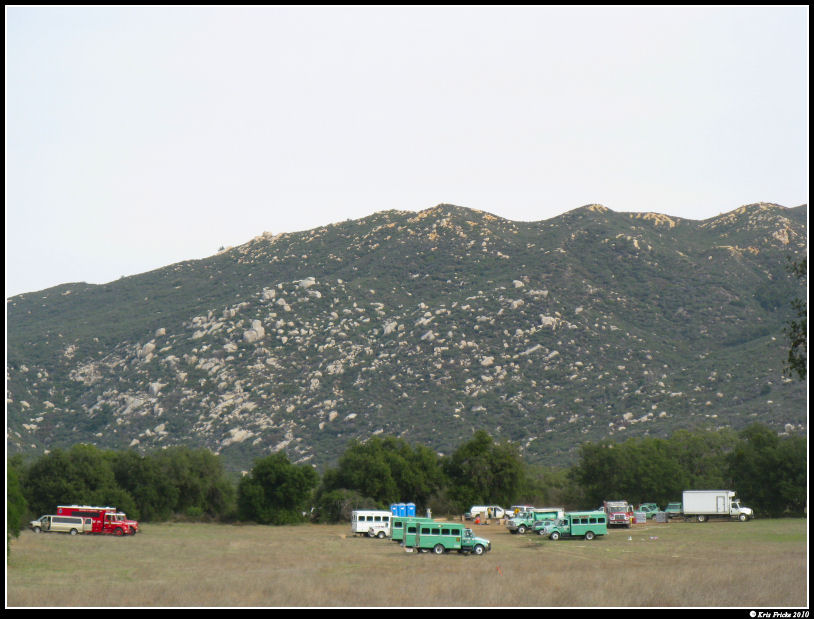 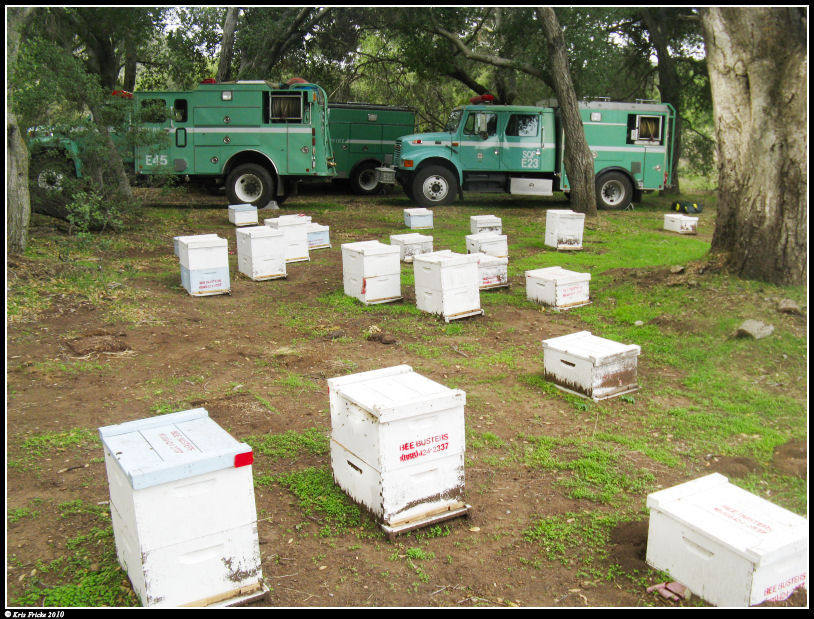 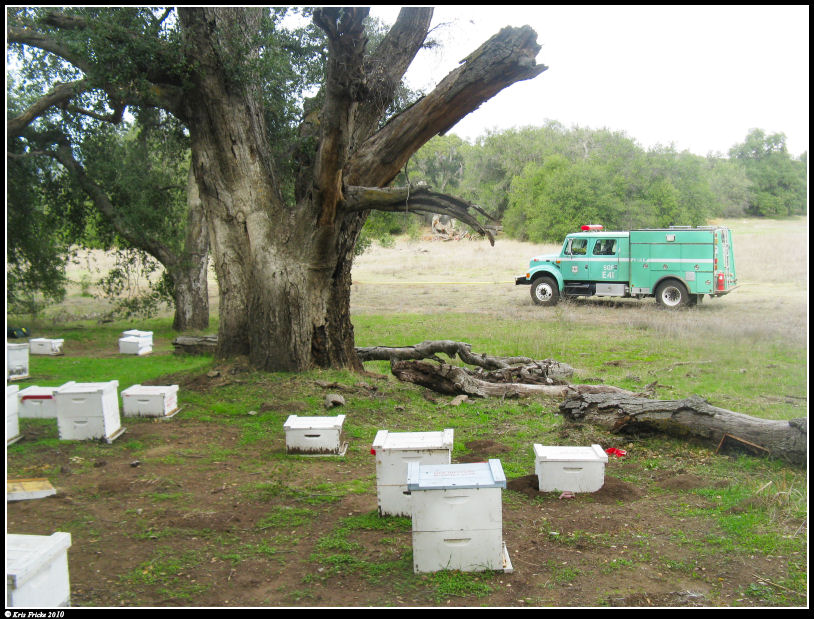