I haven't really talked much meta this LJ season, as I had last year. There's not really much to say in the beginning when everyone's just getting oriented and haven't even started to wonder the eternal questions yet. But it looks like in just the last week or two, possibly due to the gatekeeper round, questions such as "what is this" and "why are we here" and "what's the meaning of life?" have been comign up a bit. I'm told they even came up in the Green Room but I'm still avoiding that dismal green mire.

10 Reasons I Should Be America's Next Top LJ Idol Gatekeeper1 (coming to TVs near you, hosted by Tyra Banks!)
(AKA my thoughts on life, the univerese, and everything, as it pertains to LJ Idol)

1. Why Are We Here? "This is a writing contest after all," "...because this is a journal writing competition" "etc etc" -- statements I've seen in many many places over the last two years to dismiss any entries that are not journal style or at least primarily "writing" based. However, I submit to you that there is no basis for this assertion. Ye Lord High Administrator (ie Gary) has been good enough not to ever clarify this, which I am very grateful for because it allows the rest of us to have epic existential debates about this. Lacking commandments from on high all we have to go on is that this is a "livejournal" competition, based on deductive reckoning extrapolated from the name of the thing. As such, I firmly believe that anything that can be submitted as an LJ entry is fair game, and frankly, in my opinion, the more creative the better.

2. Beyond the Writing following from the above, in my opinion drawings, photos, cartoons, videos, phone posts, poetry, your fricken grocery list, are all fair game. A few people in discussing how they judge entries have commented that they frown on entries that significantly rely on things other than writing. Personally, I actually enjoy such entries and wish there were more of them. I've always intended to make an lj idol submission as phone post, and still intend to. So I encourage you all to consider these other creative ways to make a submission, and when you are deciding who to vote for please don't pass these people by based on a baseless assumption about what's a valid submission.

3. Does spelling / grammar matter? Some people refuse to vote for an entry that has a single typo. Others overlook such things entirely. Personally I think you're being a bit draconian if you won't tolerate a single typo. I know I know people should learn to spell check, and I should put a comma between those "I knows," but I can't be bothered, frankly. And moreover, apparently the connection between my brain and hands is verbal because I keep typing homonyms which I know the difference between but the wrong one ended up on the page. I say realize writers are human and they make little errors which don't actually reflect on the merit of their writing. However egregious errors and disingenuous syntax are certainly something to weigh to the degree it does reflect on the author's writing ability.

4. Fact vs Fiction The majority of LJI entries seem to be what I would term "personal nonfiction narratives." That is, people see the topic and write about some poignant memory it dredges up from their past -- usually about an ex. Personally I prefer to write what I consider a "blog entry" ie basically a sort of essay. I compromise with the tastes of LJI by usually prefacing it with a fictional story that highlights the point, but I basically aim to make an essay sort of point.
If not an essay I like to write historical fiction and there will sometimes be genuinely journal-like entries on my latest adventures, if I recently traveled back in time in a steam powered zeppelin or something.
Does this mean I don't vote for all your angsty entries about your ex? Not necessarily. Does this mean the people who believe my entries should be all about that time around oh 11am June 16th 2007 when my girlfriend Kristy broke up with me (rehashing it in a million poetic ways) do not vote for me because I chose to write about an obscure moment in the 7th century instead? Probably. Please be open to the open-ended nature of the definition of what this is.

5. Warning: Contents Emotional But if you ARE writing about that special moment in your past, please make sure that it means something to the rest of us and isn't a "you had to be there moment." Relying on your emotional content just won't translate for those of us with black little hearts of ice, and after all, we're people too ... in theory. But seriously, I know some people eat that shit up, and I know I just said to be open for other's styles of doing things, but just flogging the emotion train over and over again gets really really dull. Have a thesis or twist! And "my current sig other is the most delightful person ever" is NOT going to do it for me (I know some pretty delightful people).

6. Entry Too Long Seriously people. Entries that are 11, 15 pages long... this is not Short Story Idol. Now I've seen some lovely lovely entries that are that length, but also a lot of crap ones. One of the delightful things about LJI is it's not a writing contest in a vaccuum .. you have to actually get a number of people to read and like your entry. So you have to keep in mind your audience. I see a lot of entries that are very well written and would surely do great in front of a panel of judges who are obligated to read them all. However our audience here is primarily the casual reader of the blogosphere, and they don't have time to read a novel. Nor are they going to be into an entry that requires actually caring about your life to find interesting. Last year once I got eliminated I tried to recommend every entry I found recommendable each round and be able to give a specific reason why I didn't recommend every entry I didn't, and more often than not the only problem with the entry was just that I couldn't recommend it because it would not be worth the time for someone who wasn't in Idol. It's got to be interesting enough that someone will read it without any knowledge of Idol see.

7. Disclaimer: If you have to preface your entry with a paragraph explaining that the entry is for LJ Idol, there's a pretty good chance that you have to do this specifically because the entry is the sort that wouldn't fly if it weren't in the context of LJ Idol, and in accordance with #6 above, is probably not getting my vote. (note that I'm not saying I frown on the disclaimer itself, but rather specifically if you need to use a disclaimer there are probably other problems)

8. The False Start Another problem with the disclaimer is it causes the reader to be skipping things before they even reached your first para. Once they already have that skipping-along inertia, the odds are good they're going to carry it right into your entry and end up skimming right through it. Starting your entry with song lyrics or a marginally-related poem accomplishes this as well. Don't sink your ship before you start!

9. "Show Don't Tell" I'd think this would be obvious by now but people are still writing "this happened and then this happened" entries. You shouldn't do this because I can't decide to classify them as essays or narratives if you're going to write a narrative it really is a much more engrossing read if you set the reader in the scene.

10. Self Righteousness It's always nice to see someone being passionate about things, but it's kind of a turnoff when they're just dripping with self righteousness to the point that you think someone's going to need to bring a mop. There are probably more crafty ways to make a more solid point than use the brute force of your passion. And/or if say, you're writing about the Great Unanswerable Questions2, it's a presumptuous to act like you are the be all end all on the subject, or we should care about what you have to say.

1 not really though because I assure you I cannot win this game, and besides Gary probably loathes me4
2 by which I mean, the questions that I have answered here.3
3 I am, of course, right.3
4 Footnotes are fun but kind of disconcerting when they require one to scroll up and down a whole page (or more), no? 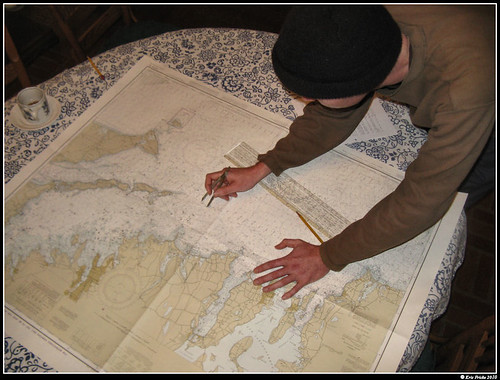 I plot my next entry

Bonus fact: it doesn't matter what time you post an official LJI submission since people will read it out of a sense of civic duty when going through the polls, but but any other post, it is a proven fact that hardly anyone will read it if posted between 5pm EST on a Saturday and some time Monday morning. As such no one is going to read this entry. I mean to get it posted earlier but was busy walking on the beach in lovely weather. ): Important note: this para has nothing at all to do with late official submissions to LJI kthxbai.
Tags: lj idol meta
Subscribe