People often ask me what exactly a beekeeper does, other than "keep bees in boxes*." The answer to this is always a bit "euhh..." because of the very wide variety of different things one must do.
Today I did a bit of sleuthing. I checked up on the hives and did a more thorough inspection into many of them than I'd done in awhile. In so doing, I discovered several hives that had failed. This is rather to be expected this time of year.
But one wants to know WHY. This can be difficult to determine. There's two things one can relatively easily figure out: (A) if there is absolutely no honey stores and the bees all look like their last action was to each crawl deep into a cell in search of a last drop of nourishment, they probably starved; and (B) if there are no bees at all they have disappeared and you might have the infamous colony collapse disorder. The popular imagination seems to have utterly failed to grasp that the disappearance referred to is quite literal. At the fair I got afflicted with many people saying "oh yeah the bees are disappearing, I see dead ones around my house all the time!" Dead bees =/= disappeared bees!
If a hive is utterly overrun with wasps or ants or wax moths or hive beetles, these critters MAY have overrun the hive, but they might ALSO have moved in once the bees were all already dead or mostly dead.
If there is a large clump of dead bees on the bottom of the hive, some kind of disease killed them. There are a few other distinctive signs of specific diseases.

Sometimes I'll open up a hive and know it is failed before I even peer inside it, because there is moisture on the underside of the topboard. Bees carefully control the humidity of their hives and are very good at it, any condensation in there means the hive must surely have failed.

Today, however, nearly all the failed hives upon opening looked like a weak hive that was simply frozen in time. The bees were all exactly where they'd be, in positions they'd be in, if they were alive, however they were not moving. Many of them didn't even look dead. A dead bee somehow looks very dead. These bees still looked lively and fluffy. I even very carefully lifted one into my hand and prodded it in various ways. It didn't seem to even have rigor mortis, it seemed to be in just as much working order as a live bee ... except it was dead. That is, it made utterly not a twitch of movement of its own. I've never seen such a thing. Dead bees usually look quite dead to me.
Sometimes there are still just a tiny handful of live bees hanging out on an otherwise failed hive. This always strikes me as kind of sad. The last doomed survivors left wandering hopelessly in the ruins that once were their home.
I found four bees on a a topboard (lid) that had been left from a failed hive that had been removed last week. Were these survivors from THAT hive? It's almost entirely beyond belief that there'd still be survivors, but I was able to scoop these definitely alive (but feeble) bees into my hand. Normally only residual bees put up with such monkey business without flying away. I carried them into the truck cab and put them on my sweater (they were not to be found later though).

In conclusion... I have no idea why these hives failed. Probably a disease (Dave thinks they froze but people successfully keep bees in MUCH colder places this). Unfortunately medicating bees ALSO tends to weaken them so it's not one wants to do in the middle of winter. I think for now we just gotta hope for the best and be optimistic that our bees that survive will be stronger bees for it. (And altogether our losses aren't that bad anyway, relatively speaking).

* or rather keep bees in boxes alive and flourishing, since they are always free to leave 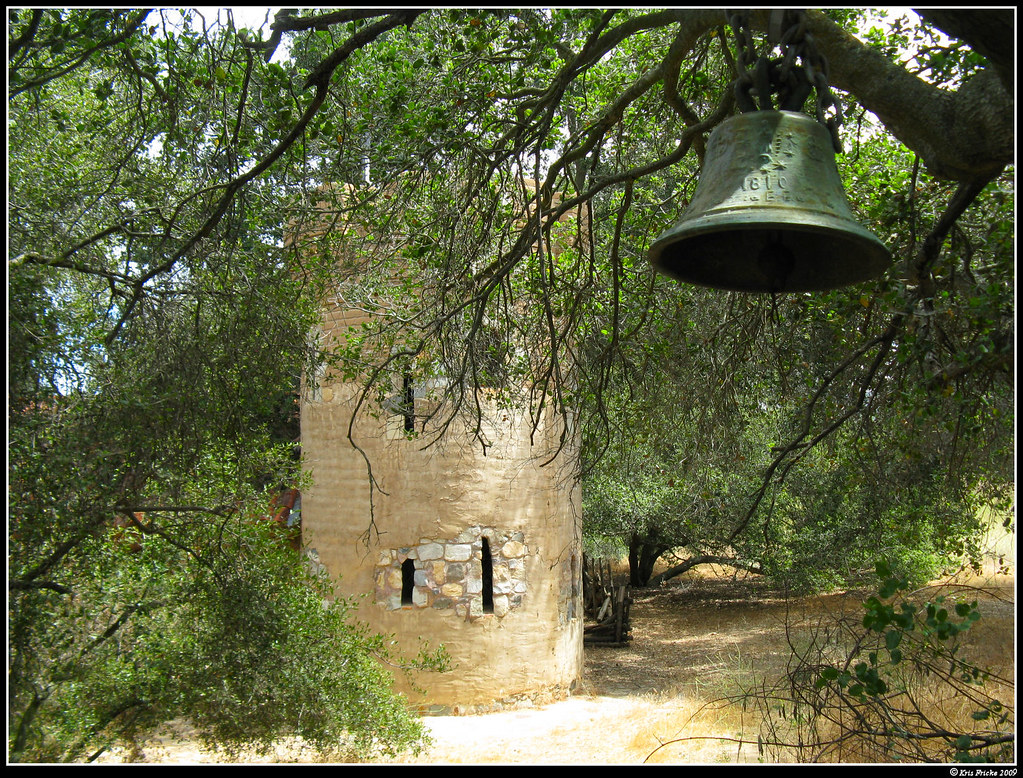 I also did some relatively unrelated sleuthing while I was up there. You may or may not recall I posted the above picture a few months ago, of a bell hanging near where we keep the bees. At the time I didn't think terribly much of it other than that it was a relatively old bell. Heck it didn't even really click in my brain that the number that can be clearly read on it reads 1810 which is a damn long time ago.. 200 years!!!!
But one day while I was on the Lady Washington polishing the bell in the morning something suddenly dawned on me. The bell pictured above very very closely resembles all the ship's bells I've seen. They're all right around that exact size, made of bronze (which this one appears to be, judging by the green rust)... suddenly I began to wonder, was that a ship's bell hanging in that forest by my bees???

Furthermore I instantly remembered something else, there had been several CANNON barrels lying in the grass by the graveyard in the forest. That's right, lying in the grass, much overgrown, there had clearly been several very real (maybe not authentic from ye days of cannons but at least pretty old functional looking replicas) rusty cannon barrels. These plus the bell made me wonder, was there some major nautical connection to the forest??
At the time I didn't know the year on the bell off hand, but if the bell is actually from 1810, and from the same place as the cannons, they may very well be honest-to-goodness authentic cannons.

So I'd been anxious to investigate further. The last few times I been up there I've been with Dave or another coworker, and didn't want to drag them around on my random adventure. Yesterday though I was finally up there by myself.
There was evidence, however, that other people were in the vicinity, presumably family or friends of the owner, so I didn't want to go poke around the graveyard -- being at the far side of the meadow I'd be visible over there from quite a distance about and I figure they might be sensitive about that.
But the bell is in a location quite close to some of the bees where it's easy to sneak a peak. I was able to get over there today and eagerly examine it to see if there was perhaps a ship's name emblazoned on it.
Couldn't find a ship's name, but the side opposite the "1810" has "MEXICO" on it. Mexico, incidentally, was founded in 1810. A bell commissioned to celebrate Mexican independence then? I don't know what a 200 year old brass bell is supposed to look like but this one certainly looks pretty old.

And in other news, while researching the detective entry (yeah I looked up everything I could find on the internet about classic detective noir) I came across this utterly hilarious webcomic. It was actually quite an unfortunate discovery as it probably absorbed at least two hours of time I should have been working on the entry, altogether. But it had me laughing out loud heartily on numerous occasions. It's delightfully wacky and brilliant and most interestingly of all, ruthlessly transcends space and time (one of my favourite activities). And brings us one of the most epic images ever to grace a screen.