"That's a beautiful schooner!" says one of my shipmates about the Lady Hawk, another vessel in the Sequim marina.
"It's actually a ketch, see how the front mast is taller than the aft one" corrects another shipmate, highlighting the only difference between a schooner and a ketch.
"I think it might actually even be a yawl" says a third shipmate, going on to point out the (only) difference between a ketch and a yawl -- that the mizzen (aft / more towards the back of two) is aft of the rudderpost rather than forward of it.

Why we need distinct names for such very subtle differences in design beats me. I'm also fascinated by the more obscure bits of terminology on the boats.

On the Lady Washington and Hawaiian Chieftain the "lazarette" is the storage space under the aft cabin. On the Pilgrim the lazarettes are storage spaces under benches on the foredeck.
On the Lady Washington the triangular room used as storage space in the very very front of the vessel is called the cable-tiers (usually rendered as one word, the cabletiers), whereas the corresponding same space on the Chieftain is the forepeak.
And then there's another space on the Chieftain above the bilges just aft of the main hold that's called the "liquor locker." There's no liquor stored there and I doubt there ever was but that's the name that the space seems to have. Is there an established nomenclature as to what constitutes a "liquor locker?"

And on the Lady under the bunks there are drawers in which personal stuff can be put and they are called "pookas" (sp?), and I always thought that was highly odd, and then we're touring the oil spill response vessel WC Parks Responder and the captain refers to crew lockers as pookas as well. So I guess it IS the term for such things??

And I'm sure I could come up with a dozen more examples of the more obscure nautical jargon, but at least most of these things are relatively unimportant. Just remember a chart is a chart and not a map, and I still want to see someone cite a source as to why a cannon is a gun and not a cannon. 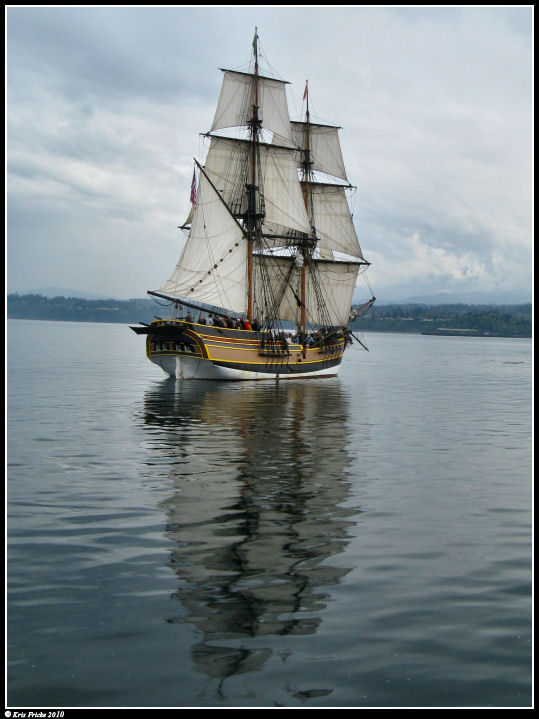