"HELP!! HELP ME!!" yelled urgently nearby wakes me in the middle of the night the other night. In the half second it takes me to bolt out of bed I'm already thinking it curious that it's not some disaster pertaining to the ship such as "FIRE!" or "TAKING ON WATER!" but an individual in need of help. But it sounds desperately urgent so I nevertheless continue abolting out of bed into the red glow of the main hold at night.
Immediately I realize that it is my shipmate Tom having a bad dream. He's literally yelling in his sleep. But he has woken himself up and apologizes profusely to everyone, and we have a good laugh.
In retrospect I think I remember him mumbling "oh my god!" under his breath much earlier in the night ... I think he may have been dreaming about zombies!!!


Anywhom I had a pretty decent day off I suppose. In the beginning I was having severe trouble finding anywhere in this godforsaken town that had free wifi, but eventually I found this "Zippy's Java Lounge." It was a bit suspiciously hippie esque but hey they had ample tables and internet and power sockets and were open till nine. I got a hot apple cider, patted the resident dalmatian (named Zippy incidentally) who was sitting on a couch, and settled down. Around seven people showed up with acoustic guitars and started playing bluegrassy music which I found rather pleasant, and then as nine approached it become apparent it was NOT closing at nine but was in fact going to have a bunch of local bands. So I was able to stay at a table in the back here and continue to wrangle pictures on my computer while the mostly-not-terribly-bad bands played. Interesting mix of bands, one rock band, one electronica band, and htis one is kind of hip hop esque.
It is now 23:54 though and it's supposed to close at midnight, so without further ado, here's the pictures I uploaded today! 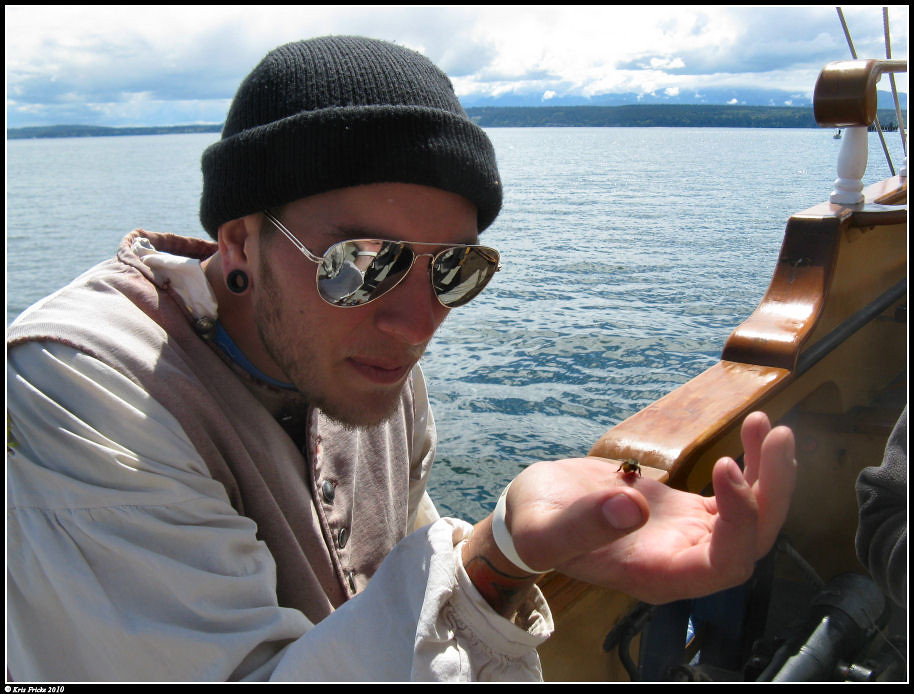 I introduced "Awkward Will" to a friendly bumblebee!