So plan 30 in 30 Against All Odds isn't going so well for me. It's hard to compete with a complete lack of internet most days plus being constantly busy..

We aim to run our boat with a crew of at least 12. 10 is considered the minimal number we should function with. Today we had a crew of 7. To be fair we weren't sailing today and two people had the day off, so we have a crew of 9 right now, but the Lady Washington got two new people on Saturday, 3 on Sunday, one more today, to bring their total up to 15 or 16 I think. Shenanigans!
The Director of Marine Ops back in headquarters has put in his two weeks notice, which is a major event because that position oversees the operations of both boats, and would have relieved the captain of the Lady Washington when he goes on vacation soon. Rumour has it our engineer and pursar are about to break contract and put in two weeks notice as well. It's starting to feel a bit like Tall Ship Survivor around here.
The crew we do still have around gets along extremely well though. It's a pretty awesome crew.

The one bar in town we've been hanging out in here is pretty nice though. We discovered it when Pony and I were on a fruitless search for the intertrons. All the coffee shops (ie Tully's and Starbucks) closed at 7 so I decided to ask the bartender of this place where the internets could be found. He declared "right here!" and the rest is history. It's a super chill place with free wi fi, couches, pool tables, and the bartenders consist of the owner, his wife, and his son. The bartender informed us "treat this place like your livingroom and we'll treat you like family," something that might seem like trite crap at a corporate chain but it feels pretty accurate here. 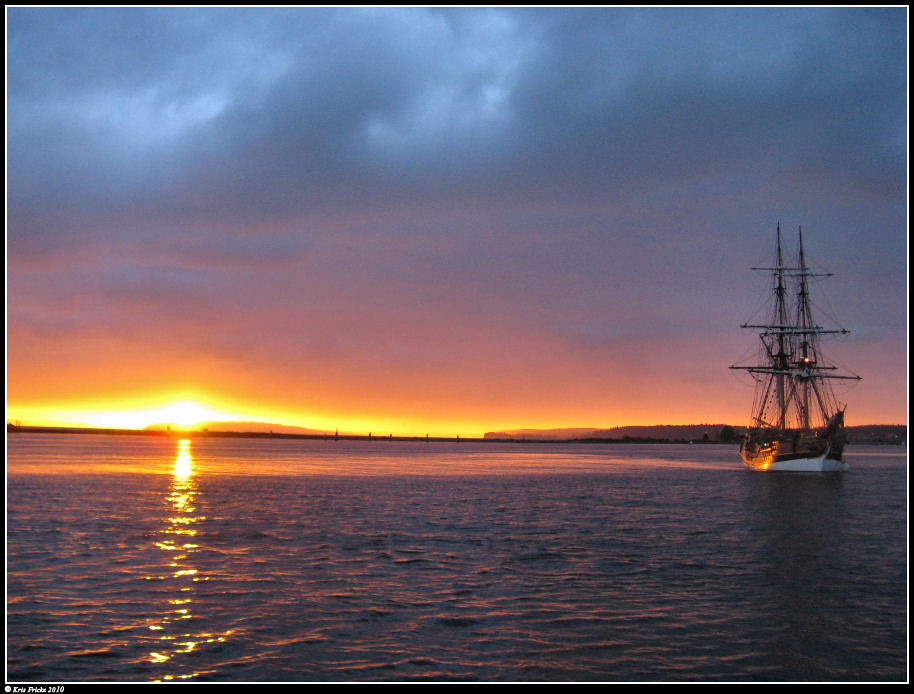 On Monday we're off to Port Orchard, a place I know next to nothing about.