I'm not sure what initially inspired me to give up coffee when I joined the boats. It certainly helped that it wasn't the delicious and strong coffee I was accustomed to drinking (if you can see the bottom of your cup through the coffee, the coffee is fail), but it had more to do with that I just didn't feel I needed it. I'm already one of the most chipper in the morning and one of the last to go to bed every night, what the hell do I need coffee for?

So I gave up coffee. And it was easy. I never really even missed it. Not directly at least. In sub freezing temperatures floating on the Colombia in December I did miss the warm feeling of drinking coffee. Decaf tea just wasn't cutting it. Hot instant apple cider was pretty good but I had this feeling in the back of my mind coffee would be more satisfying. It was probably just a "the grass is greener on the other side" thing. On the last day I allowed myself a cup of coffee ... took a sip and cast it over the side (again, mainly because it wasn't strong and delicious. Warm coffee flavoured water is gross).

But like I said, the hardest part was UN giving up coffee. If I say I'm going to do something, how can I cease doing it without feeling like I'm giving in? This has always been a problem for me.
I remember when my younger brother and I were wee lads we both asked mum if we could sleep outside in a tent one night, because that kind of thing sounds exciting to wee lads. She told him yes and me no. "What? But moooom you told HIM he could!?" I exclaimed. "Well I know he won't go through with it. I know you would." was her response.
Sometime probably in elementary school I told myself I wouldn't use curse words. I don't know, it seemed like a good idea at the time ... but then how could I go back on that? On through junior high I went with narry a bad word. It seemed pretty silly in high school and made me feel a bit of a square but still, I simply had no mechanism to reverse it without feeling like I was failing something. Finally freshman year of college I had a serious talk with myself and decided it was time for that no cursing thing to fucking go.

And so I've said I've givin up coffee... I guess I should have defined a deadline or something for the experiment to be over.
And what's worse, my shipmates have gotten into it! One day Noah was going on about how delicious the new coffee was so I ask him for a taste, "No! I will not be an enabler!!!" he exclaims .. only partially joking. They see me drinking a soda and say "hey, that has caffiene in it!!" One day at muster I was publicly questioned about drinking soda, and I had to explain "I gave up drinking caffiene for the sake of drinking caffiene, to go out of my way to AVOID everything with caffiene though would be HIPPY-ESQUE, and hippies are my mortal enemy!!!</i>" and this seemed to pacify them.

I have, however, sort of sold out on another front. I've always avoided things that have an ingredient intentionally removed (ie "sugar free" or "caffiene free" things) because that also smacks of unnaturally avoiding things (I realize the irony in this). The coffee I've ordered this morning I ordered not for caffiene but so I wouldn't be mooching free wi fi without purchasing anything (they didn't appear to have any naturally uncaffienated options), but not only that, it's ... dun dun dun ... decaf. ::shame face::

But I haven't actually even touched it -- rather working on a cup of drinking water. 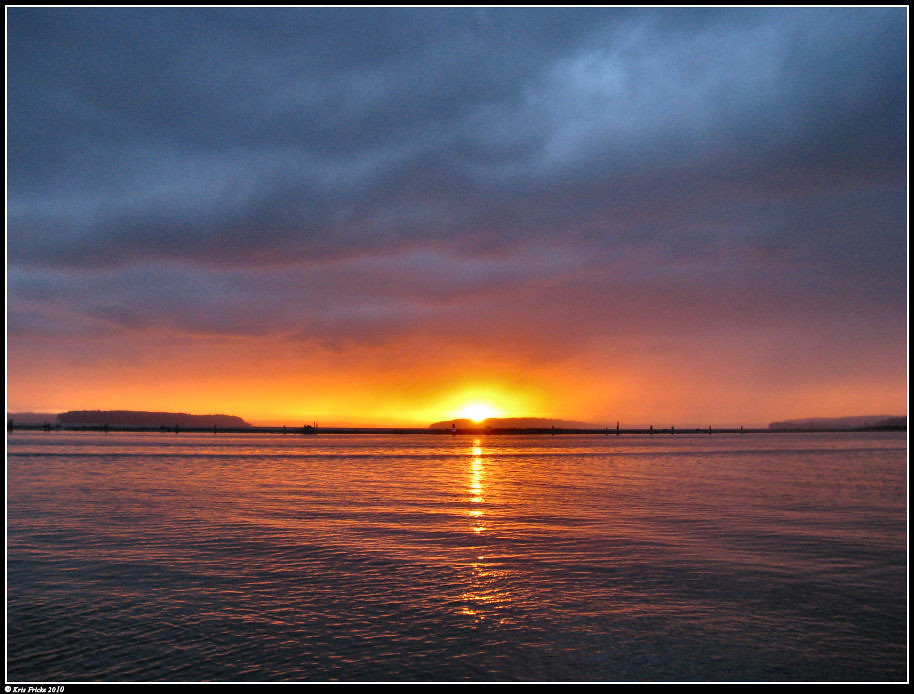 (several more of this sunset)
and
Pictures I put up yesterday (including sunsets in Port Townsend and Edmonds!)
Tags: 30 in 30
Subscribe