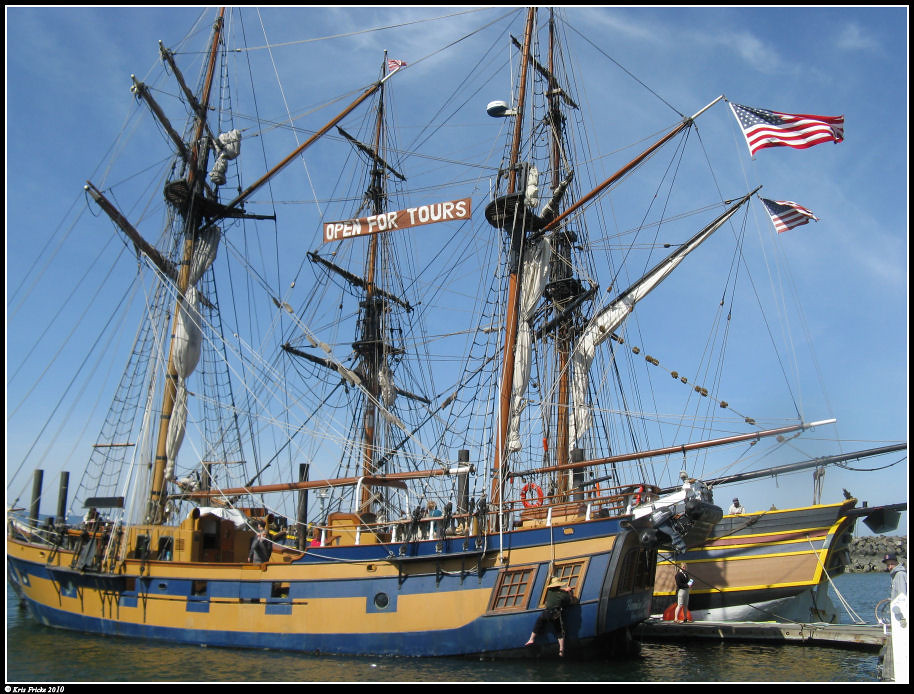 "The idea terrifies the shit out of me, but I'm still all about it. I'm definitely going to do it ... but I can still say 'ooooh fuck my life!!'" I respond. You see, someone needs to go out to the end of the gaff to inspect the block (pulley) out there and tar the vangs (lines (ropes) that are attached to the end of the gaff). Well I'm not sure someone willing to go out there can always be found because the lines didn't seem tarred as consistently as everything else. Anyway the thought of going out there utterly terrified me. Way worse than going up to the top of the mainmast. There you can just shimmy up and there's lots of lines attaching to it. The gaff though... it's just fucking OUT THERE at this crazy angle with only a few lines attached to it.

Eyeing the outstretched boom with great trepidation it seemed to be the boom itself was at too high an angle and too slippery for it to be even feasible. Then I noticed there were two relatively taut lines above it leading to the end of the gaff (you can also see them in the above picture) -- the main gaff topsail sheet and ... a gaff backstay? (that's probably not what it's called, forgive me Aaron! Anywhom it secures the top of the gaff to the mainmast). I called down to deck for them to haul all the slack they could out of the gaff topsail sheet, looped my lanyard around what we'll call the backstay and out I went.
It was still precarious, especially towards the end where they became extremely close together and I had to straddle the gaff to get out to the last bit, and pulling up the vang to tar it was quite tedious. In the end though I accomplished my mission, was able to feel quite proud for having done so, and was given mad props by the rest of the crew. 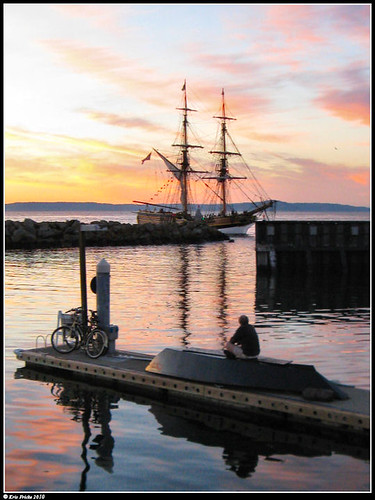 Lady Washington also has a gaff.
(Lady Washington returning from its evening charter the evening we on the Chieftain celebrated our boat's birthday. Our captain waiting on their small boat to catch their lines.)

(more similar pictures, it was really hard to decide which was best)

Entirely Unrelated
I forgot to add on my "Giving Up Coffee" entry the conclusion of the whole thing -- which is that I've called my official coffee embargo off, and am now not drinking coffee entirely because I like being caffiene free.

...it really helps that my job is very active and interesting, when I have to do paperwork on the computer it often occurs to me that I really don't know if I could work at a computer all day without coffee without productivity grinding to a miserable halt and possibly ending up face down on the keyboard!
Tags: edmonds wa, hawaiian chieftain, hawaiian chieftain 2010, pony, sailing
Subscribe