Today I officially have the day off. Today it so happens we're transitting from Olympia to Seattle. This leaves me two options: (A) stay on the boat and do nothing particular with my day off; (B) spend my time and money getting myself to Seattle off the boat -- last time I did this I had to connect between three different transportation services and it was incredibly tedious. So I'm spending my day off on the boat. If we were sailing I'd probably go handle sail just as I would as if it wasn't my day off, but as it happens we're motoring. At least the first mate seemed to understand this is a pretty weak way to have a day off and hopefully I'll get another before two more weeks are out.


Anywho, I've been meaning to write the stories behind some people's nicknames around here.

Some people, like Staples Romeo, earn their nicknames, but more often than not they seem to be given immediately, if not prior to a person's arrival.
One day two years or so ago, it seems Skook, cook at the time on Lady (whom I've never met but heard mentioned in many a story) was feeling delirious, and christmas was coming up, so he exclaimed "for christmas, I want a PONY!" and this desire for a pony spread to others and it was decided that the next new volunteer to show up would be called "Pony." And "when Pony arrives we can have nice things!" and "Pony will have a penis that can tell the future!" and other such mystical anticipation. When Pony descended into the Lady's forecastle for the first time he was greeted by the entire crew enthusiastically exclaiming "PONY'S HERE!!"
The name stuck ever since and many never learn his real name. No reports on whether or not he can actually tell the future with his divining rod.

When Knuckles first joined the boat he came up to the captain, not knowing he was the captain (I want to say it was JB at the time? our current first mate) and reported "hey I'm the new cook..." to which JB responded, looking off into the distance and exhaling his cigarette smoke "you shall be called Knuckles," presumably just because it seemed like a random thing to say at the time, but it also stuck like glue.
When Knuckle's brother joined the crew earlier this year it was inevitable that his name should be ... Fingers.

Sabrina was from Canada so we called her Maple Syrup. Kelly Snowdon apparently wrote K-Sno on her stuff, and the nickname K-Sno quickly became Queso. Sometimes I change it up and call her Gouda

Staples Romeo is more of a story. The fellow is always hurting himself. Most prominantly he banged his head so hard on a hatch that he required staples on his head. On the other boat they started calling him "Incident Report," or "India Romeo" for short (since those are the initials IR in phonetic alphabet). Then the two names got combined. It's especially funny because he's particularly infamous on this boat for being all lovey dovey with our shipmate Jenny "Blue Green" Brown until she left and then being allll up in Daisy's business just under 24 hours after Jenny left ... and neglecting to inform Jenny he considered them broken up until a week and a half of this scandalous behaviour.


Myself, I still don't really have a solid nickname yet. Daisy used to call me "G D" for "garbage disposal" because I'd lurk around until everyone had eaten and then the rest of the food would disappear down my gullet like a ravenous black hole had opened up, but unfortunately as the convention goes, G is Golf in phonetic and "Golf Delta" doesn't make a very good name. I'm presently on the station bill as "Gingerchops" as my muttonchops come in quite rusty coloured but that's a bit unwieldy of a name. 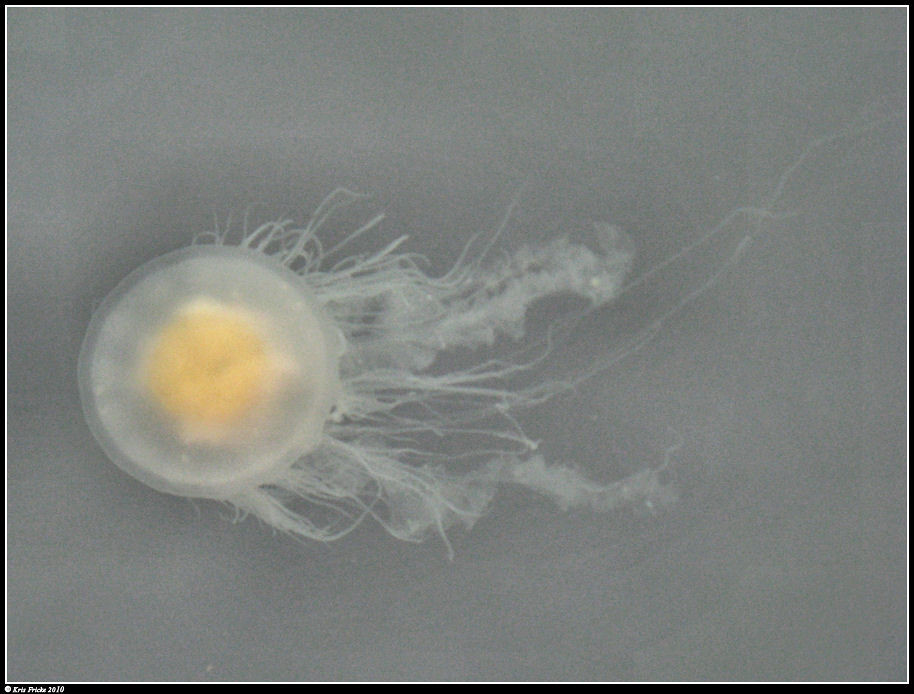 There are a lot of jellyfish here.