So I had an interview with the Peace Corps a few weeks ago in Seattle. As many of you already know from my facebook status update, they got back to two weeks ago and the answer is "yes."

What happens at this stage is if the recruiter likes a candidate they find a specific program to nominate them to (and presumably talks to the program director about whether they want the candidate, because I wasn't told anything about them potentially not wanting me at this point). The recruiter described me as "an almost perfect fit" for this program -- the "almost" being that I don' happen to speak fluent French.
But she has officially nominated me to a program. The details are a bit vague at this point but I know it's in sub-saharan west Africa, in a French speaking country. It's an agricultural extension program that's doing beekeeping. It may also involve fish farming and tree nursury-ing (which presumably someone will give me training in, since the extent of my agricultural expertise right now is keeping bees in boxes), and depending on the needs of the program could end up not doing beekeeping at all. I'm excited about whatever the adventure has in store.

Most surprising, it starts in February. Which though seven months away is sooner than I expected.

In the mean time I'll be receiving a "medical packet," which I believe will have instructions on all kinds of doctor visits I'm going to have to make, and there's going to be a background check on me. In the mean time I've been requested to study French as much as I can and to continue working or volunteering in an agriculture related field. 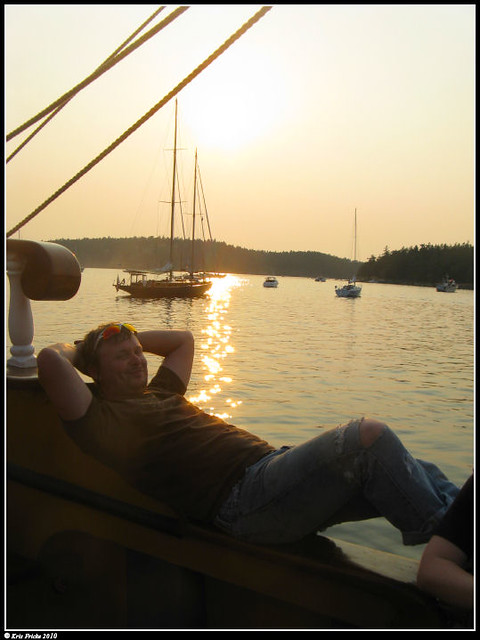 Living the dream!
My shipmate Landon (AKA "Lando") in Roche Harbour (AKA "Disneyland for yachters")