Its time for a return of the Sunday Song Lyrics posts! Or at least, here's a sea shanty I think you all ought to see.

Well me father often told me when I was just a lad
A sailor's life was very hard, the food was always bad
But now I've joined the navy, I'm aboard a man-o-war
And now I've found a sailor ain't a sailor any more

Chorus:
[Don't haul on the rope, don't climb up the mast
If you see a sailing ship it might be your last
Just get your civies ready for another run ashore
A sailor ain't a sailor, ain't a sailor anymore]

Well the killick of our mess he says we've had it soft
It wasn't like this in his day when he was up aloft
We like our bunks and sleeping bags, but what's a hammock for?
Swinging from the deckhead, or lying on the floor?

Well they gave us an engine that first went up and down
Then with more technology the engine went around
We know our steam and diesel but what's a mainyard for?
A stoker ain't a stoker with a shovel anymore.

Well they gave us Aldiss lamp so we could do it right
They gave us a radio, we signaled day and night
We know our codes and cyphers but what's a semaphore?
A bunting-tosser doesn't toss the bunting anymore 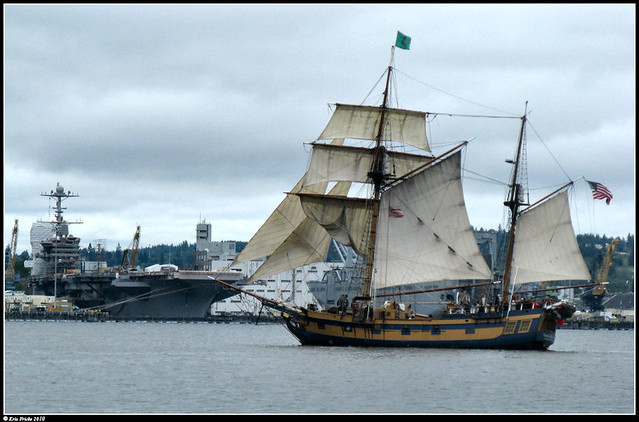