Continuing with the fourth and final installment of an index of last year's LJI entries...

Week 21: "Hyperbole is Literally Hitler" 2010-04-06
Entry: Disappearing Bees
Posted From: Garibaldi, WA
Type: Several Mini Narratives
Poll Outcome: 46 (12.4%), 16th overall
Notes: "Hyperbole is Literally Hitler?!?!?!?!" Is a topic???? We were sure His Highness the Administrator must have certainly completely and utterly lost his marbles this time. Eventually after much talking among ourselves of "what the devil is Gary on about this time???" we decided the topic was "hyperbole" and he had just been a bit hyperbolic in wording it. So I wrote about hyperbole in media reporting on bee problems.

Week 22: "No Sight of Land" 2010-04-14
Entry: Third Watch
Posted From: Port Angeles, WA
Type: Narrative, nonfiction, recent personal story
Poll Outcome: Contestant only write in vote: PASS
Notes: A look at my shift as watch officer as we sailed up around the tip of the Olympic Peninsula earlier that morning.

Week 24: "Rolling Stop" 2010-04-29
Entry: The Fall
Posted From: Friday Harbor, San Juan Island, WA
Type: Narrative, nonfiction, personal story
Poll Outcome: 31 (12.4%), 30th otherall, ELIMINATED
Notes: An entry begun at nearly 2am in the aft cabin of the boat surrounded by empty beer bottles and whiskey glasses, written largely from memory about obscure historical facts, finished around 3 with revielle only four hours away... so I think I at least went out with style. (: Anyway, about the fall of the Byzantine Empire and then the subject kind of wanders around exploring the fall of the Roman Empire in other areas.

Week 24 Bonus Material: Getting Laid on the Boat -- The voice post I almost submitted for my entry instead. JUST DECLASSIFIED!
Notes: That abrupt end is me saying "ah this is crap" and hanging up (:

Official Fairwell Post: So Long and Thanks for All the Catfish

Eliminated in the 24th round, putting me at 31st place overall. Averaged at 16.6th place in all public polls. Outlasted 86% of the 226 or so original contenders. 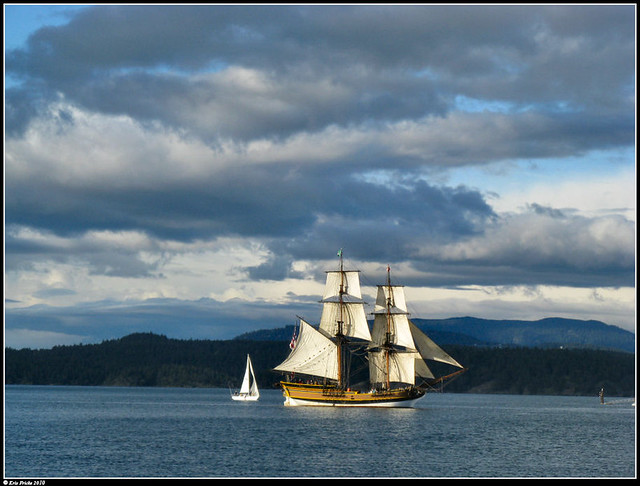 A picture from around the time I got eliminated -- 04/27 at Friday Harbor.
Tags: indices, lj idol
Subscribe