It turns out I've also seen a movie or two in the last month!


Centurion: Centurion, Arthur, and The Eagle are all essentially the same movie. Centurion and Eagle are based on the same book but I don't believe Arthur was supposed to be. The basic plot of all three of these though are that a very small group of Roman soldiers go north of Hadrian's Wall and have misadventures up there among the Picts and Caledonians, during which they gain some perspective oh how hostile and brutal the Roman army is from the perspective of the natives.
"Arthur" was a particularly silly movie since it professed to be particularly historically accurate but I think was actually less so than usual, it conflated various historical events in some rather creative ways. I wrote a paper about it in college if you want a thorough analysis.
Anyway Centurion is essentially the same story as Eagle, being based on the same book (and the movies were released in 2010 and 2011 respectively!). It's definitely not as good as Eagle.. seeing them within close temporal proximity Centurion feels slightly campy / low budget / just not as well made as Eagle. Unfortunately I don't remember much more about it but I'd give it a C

The Eagle: I liked it. It felt well made. What a particularly liked is that for some reason in a lot of historical films there's just something slightly odd about how people interact, especially in armies. It's like back then everyone is bff and soldiers aren't grizzly hardened fighters but jolly fellows who like to drink together and love their commanders. In the Eagle, however, it felt like you need only put them in modern uniforms and it could be a modern military film. There's a scene of a bunch of soldiers about to go into battle that is very reminiscent of the beginning of Saving Private Ryan.
On the down side it's hard not to notice that the protagonist comes on as a newly minted officer, commands the base for two days, experiences a battlefield injury he quickly recovers from, and is givin an honourable decommission after two days of service (!?)
I'm also a bit perplexed in that his father is said to have been the commander of the 9th Legion, but later is mentioned to have been the first centurion of hte legion. Legions are commanded by legates, not centurion. The first centurion would be more akin to a senior NCO, as each centurion commands 50 troops, but the senior (first) centurion would still be outranked by officers with general command-staff duties in the legion such as tribunes and the legate. And I don't know why the "seal people" men wore their war paint 25-7. So there were certainly some oddnesses to the movie.
Despite the above-mentioned quirks, I liked the movie, I'd give it a B

Unknown: (No really, "Unknown" is the name) starring Liam Neeson that Kori and I watched a week or so ago. I don't know what to say about it without giving away spoilers but I hadn't really had high expectations, rather expecting just another dumb shoot-em-up movie but I was actually quite impressed! I definitely recommend to anyone who's into the better sort of action movies (movies such as Bourne Identity which are both fast paced and not-dumb). A- 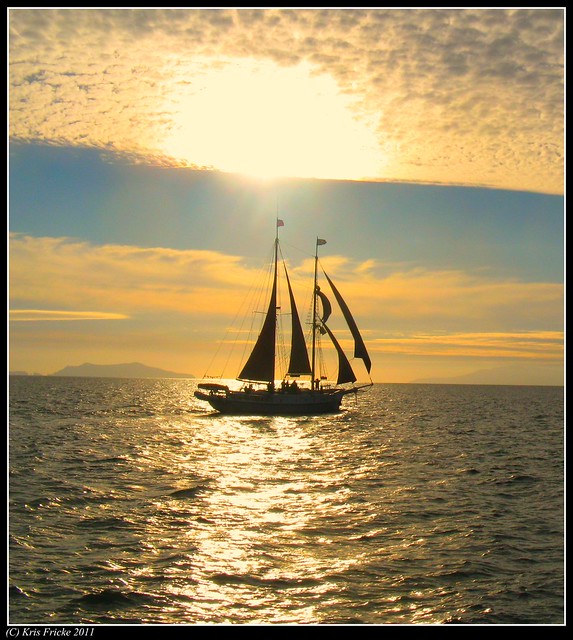 And here's another random picture of the brigantine Talofa, from New Years weekend