Hello all. It's been awhile.

The Australian Job did indeed fall through. Australian immigration didn't grant my potential employer a sponsorship visa, said they hadn't tried hard enough to train Australians.
So I'm once again stuck here in the bee mines of Orange County. Been working 60+ hours a week in the bee quarries. Current future plans are: (A) still filtering through the various screenings from the Foreign Service Exam I took in May or so, in theory this could result in me being offered a job as a Foreign Service Officer in the State Department, but I'm not holding my breath as I've taken it countless times and have yet to be among the lucky few; (B) Planning to apply to various merchant marine academies this fall. As neither one of those things is anything like a sure thing I still need more schemes, both career-wise and for things to start immediately (because I'm pretty sure my current boss is less than entirely sane, shall we say).


But it could be worse -- as far as I can tell my friend Asli is STILL in a gulag in the former Soviet republic of Georgia on the Black Sea. She's been there since July 11th ):


In happier news next week I have a one way ticket to nearby Santa Cruz island. Once on the island I'm going to catch the brig Pilgrim as it passes through and be part of her crew for the next nine days as we sail around the Channel Islands and eventually end up in San Diego.
This past Sunday we had "safety at sea" training, wherein we had to, among other things, jump off the back of the ship blindfolded and fully clothed, with a lifejacket in hand, put the lifejacket on in the water and group up, before being allowed to remove the blindfolds, and then we had to right a capsized lifeboat and all climb in. It was cold and rather wet but it was kinda fun.


Random Picture of the Day 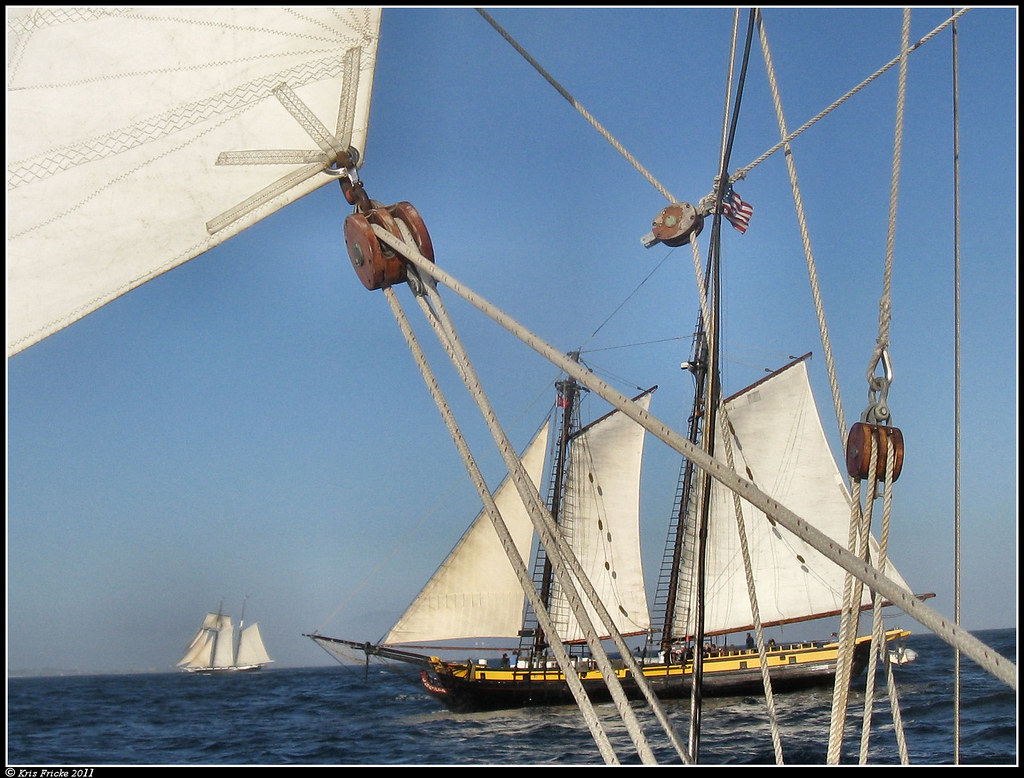 Spirit and the California (?), as seen from the Amazing Grace, Oxnard Tallship Festival 2011

I got a new camera yesterday (Canon Powershot SX230HS), so hopefully I'll start having new pictures again soon!
Also I recently got a new laptop! (Dell Alienware Mx11r2) All this work = new toys but no time to use them! d: