Well this will be a little out of order since I haven't told you much about the last week and a half yet, but allow me to tell you about my day today.

At 0600 I got up and packed my stuff in preparation to catch a 0900 flight. One is always advised to be at the airport two hours ahead of time here. My camera battery was dead this morning, I'd forgotten to charge it last night. Entirely my fault but that meant I'd be spending a day camera-less.
By 0645 I was all packed up and signed out of the hotel, sitting in the lobby with my luggage. It only takes about 15 min to get to the airport so I was still on schedule. Regretted not having time to eat at the hotel restaurant but my ride should be there any minute... or so I thought.
Tried calling the driver but both numbers I had for him gave me a "this user's phone is currently shut off" message. I next called the other ACDI staffmember in town, and he (Teferi) asked "oh you want me to send the driver?" ...which I thought shouldn't have been news to him since we'd discussed it yesterday. Long story short by the time the driver arrived it was around 0800, and I'd been kept in constant expectation of his imminent arrival the whole time so I still hadn't gotten a chance to eat.

Arrived at the Bahir Dar airport to find no rush there -- plane not yet on the ground. Called the Winrock staff in Addis (where I was headed) and asked them to exchange 300 of the dollars I left with them there for Ethiopian birr. Then my phone died (because the charger I'd been provided with doesn't work).
And then I waited, and waited, and waited. Airplane finally landed at 10:30. Well after I was supposed to have already arrived in Addis!

Arrived in Addis Ababa around 1200, with a flight to catch at 1450. Originally, when I was coming in at 1100, it made sense for me to visit the Winrock office in the mean time. But with only an hour before I needed to be back in the hotel I was thinking I could probably better use the time to eat. But there was a driver waiting for me and I had no phone to call him.
The winrock driver was all about bringing me to the office. When I reminded him I had to be back at one this seemed to be news to him, which concerned me a bit. But he was confident we could make it there and back no problem and I only vaguely remembered it not being terribly far to the office so I went with him.
1240 we finally arrived at the office with me feeling quite hungry and irritable and anxious to return to the airport immediately. The winrock staff hadn't bothered to exchange the money yet and took me with them down to the bank to do the exchanging. Seemingly not in a terribly hurry. I surmise perhaps the entire reason the airports advise a two hour early arrival is because everyone arrives on "Africa time."

Arrived in the airport terminal "lounge" area (between the first security check / ticketing area and the second security check + gates area) around 1420. My flight was supposed to begin boarding at 1415 but I was about dying of hungry. Ordered a burger from the little restaurant in this section of the terminal. As of 1432 there was still no sign of my burger. I was just packing up to head to the gate without it when it finally arrived. I devoured it as fast as humanly possible and was off to hope I made it through the second security checkpoint in time to catch my flight. (which I did)

Touched down in Mek'ele about an hour and a half later. Was impressed by how nice and modern looking the terminal here is. Especially since in Bahir Dar, one of Ethiopia's primary tourist destinations, the airport was kind of a glorified shack. As I headed out of the terminal though it occurred to me that I didn't have a working phone, and both my earlier first arrivals in Ethiopian cities had involved trouble finding the people I was supposed to meet (in Bahir Dar Teferi and Beide hadn't bothered to approach me because they were expecting an ACDI staffmember they'd recognize to be with me, and apparently no one's ever seen a volunteer technical expert as young as me before. So they waited until I was the only person left in front of the terminal before they finally approached me).
But fortunately this time a fellow from ACDI met me as I exited the terminal, and took me to the hotel here.

Tomorrow we were SUPPOSED to continue on to the city of Korem, but I've been informed there is no car (the car they had is having problems?).

AND if we don't get there tomorrow, the following day is Sunday! I have yet to see any work get done on a Sunday in Africa.


Welcome to the third world! 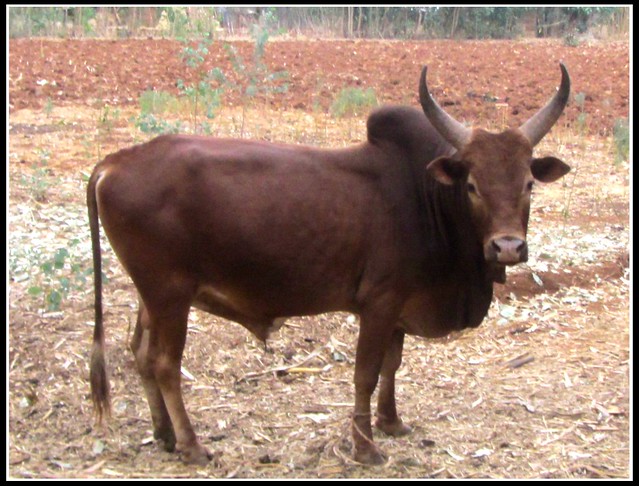 And here's a cow!

No new pictures today but here's another link to the set.