Australia is great for honey production, and the Australian dollar is very strong right now. You'd think both of those would be good things, but in fact, it's killing us.

There appear to be a great many different kinds of nectar producing trees and plants here, which bloom under different circumstances so there's frequently something, somewhere, at any given time, where one can put one's bees and soon be awash with honey.
Australia has long been a net exporter of honey. I forget the exact figures but I think it produced something like 150% of domestic consumption, and exports the difference.
Despite this, they can still make honey cheaper in China and import it here too.

With the Australian dollar very strong right now, however, people outside of Australia can't pay enough for the honey for it to be worthwhile to export it. Consequently, the domestic market is flooded with more honey than anyone wants. Wholesale packers are drastically reducing the amount they'll buy from producers, and giving rock bottom low prices for what they do buy. As such, we are drowning in honey.

In the US there's a program wherein the government will buy one's honey for a set very low price. It's a pretty bad price, but at least its insurance against the market completely falling out. I know other agricultural industries in the States get subsidies too, to help them out. There's none of that here in Australia. You sink or swim without any government help at all. In this way it kind of feels "more American" than America, what with the politicians back home always railing about "hand outs." 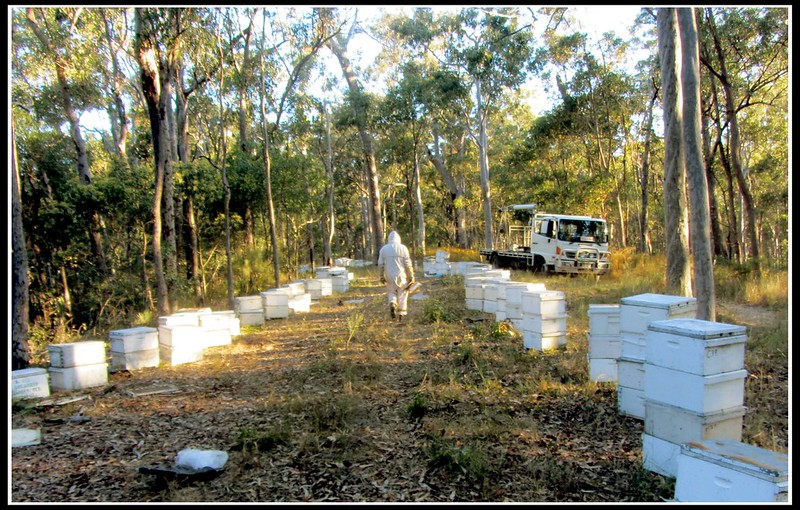