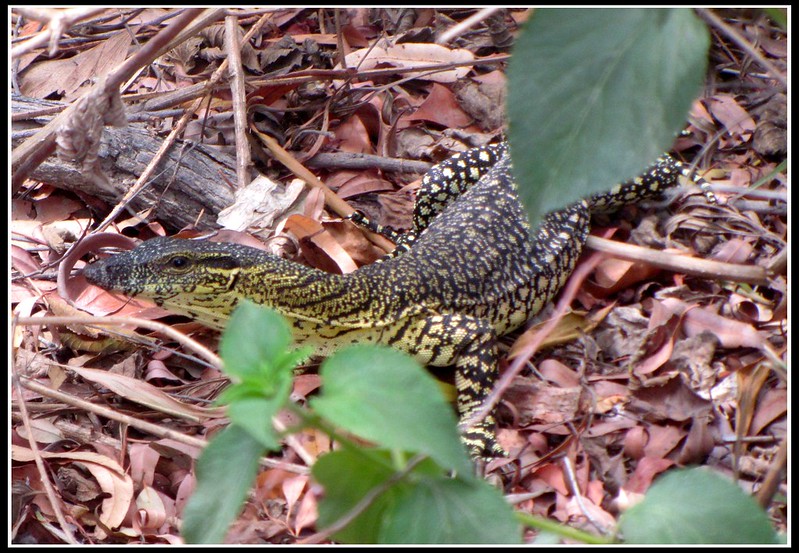 So I'm working on a trailer full of beehives in the edge of a bit of forest, and I hear footsteps in the foliage. Clearly something rather large was approaching. Presently, the fellow pictured above lumbers out of the bush, gives me a wry look, and then turns around and trundles back into the shrubbery. I estimate he was about 2.5 feet long.
I believe it was a lace monitor


I discovered a short cut home from this particular field the other day. Previously I had to go aggravatingly far out of my way to get home and it would take me twenty minutes. But I discovered some small farm roads I can use to cut more directly across and it only takes ten minutes now. So at lunch I was able to go home, make myself something to eat, and then enjoy a rootbeer float on the beach. 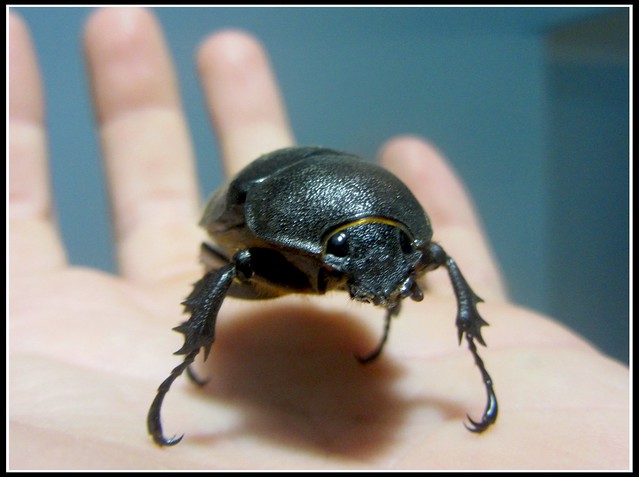 On the ground just outside my house I found this little critter. I named her Xerxes, though later identification seems to indicate she is most likely a female Megasoma elephas -- elephant beetle. Being female, I renamed her Xerxesephone.


But as luck would have it, that's not the last of strange beasts showing up today! This evening around ten thirty I hear what sounded like a very large insect repeatedly flying against the screen door. "What is that a rasping, a rasping at my chamber door?" says I. 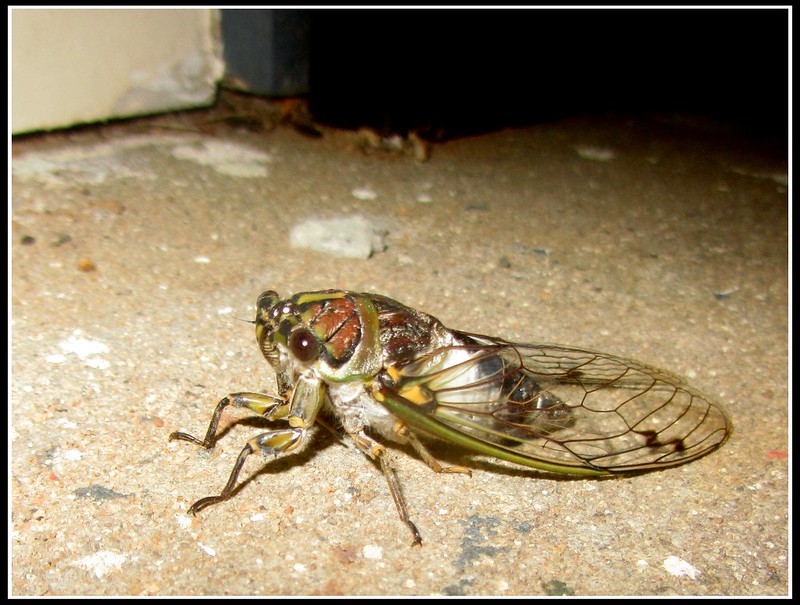 I neglected to put something in the shot for scale, but there's the crack under the door in the background, which is somewhere around half a centimeter I reckon.


( The Adventures of Xerxesephone ) and other additional pictures taken today.