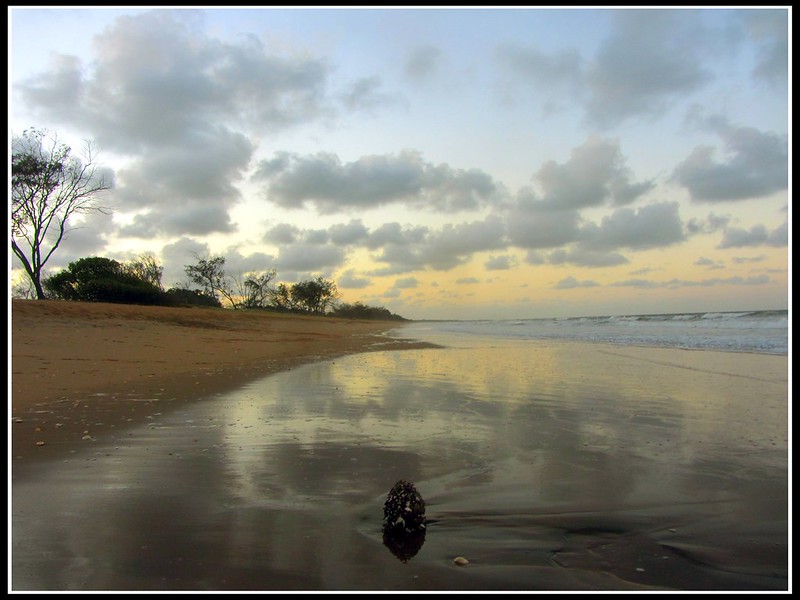 The sun, quite impertinently, refuses to set over the ocean here. Instead it hides its colorful daily finale behind the tangled branches of mangroves and eucalypts. 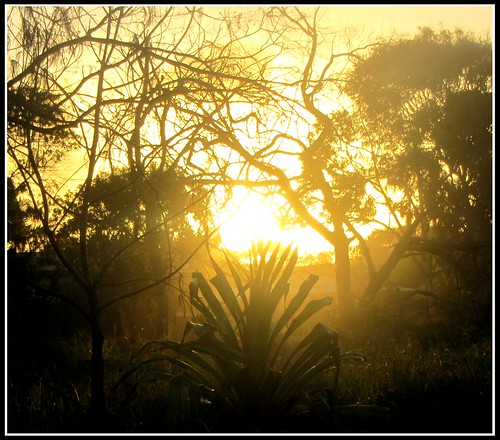 Not one to be out-witted by a giant ball of gas, I like to swim out beyond the waves and watch the sun set from there. Despite the warm summer breeze (yes, in January), the water is still often warmer than the air in the evening, and the only hard part is getting out. That and sea monsters.

Eventually the sky fades through ever darker blues to black and a stunning array of stars come out. The strange constellations I'm not familiar with still sort of boggle my mind. Huge "flying fox" bats flit about the sky as I reluctantly leave the water and walk the 100 yards to my house.

I've tried to catch the sun by getting up early enough for sunrise, but the wily bastard actually rises over a headland which curves out into the Coral Sea, so the sun rises and sets without ever touching the water.

By 06:30 when I'm headed to work it's usually already too hot for hot coffee. I stop by the bakery every morning to get something for breakfast and ask the girl there how she is. She always responds with "thanks," and that's pretty much the end of that conversation. I tried to suggest she put coffee in the fridge for iced coffee once but she looked at me like I had antlers. During the rest of my day I likely won't talk to anyone. My phone won't ring (I couldn't tell you offhand what the ringer sounds like), and if I receive any texts they're invariably a "special offer!" from telstra. 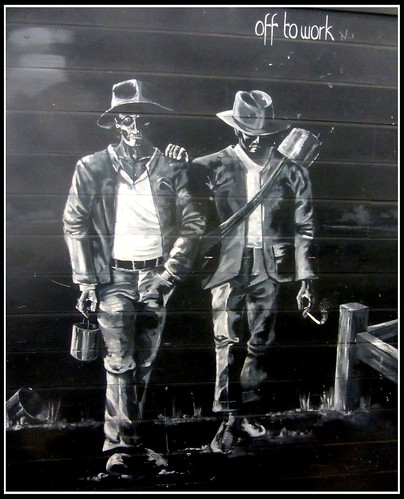 The weather report never indicates the "UV Index" as anything other than "extreme." I work in this sun, 10+ hours a day, 6 days a week, with a 9 minute lunch break.

I work out among the cane fields. The sugarcane walls you in like you're in a hedge maze. It looks kind of like giant grass, like perhaps you've been shrunk to the size of a bee. Then they burn it and cut it and suddenly you're in open space ... for a few more weeks until it's back to where it was. In some places the fields are bordered by impassably thick forest, in which insects make this constant loud buzz like high tension wires. Birds make the weirdest calls, including one that sounds so much like someone whistling for your attention that I still turn around every time. Sometimes a four foot long goanna lizard will saunter out of the scrub to give me a wry look.

I manage just over 500 beehives on a large farm. Commercial beekeeping smells of diesel and is caked mud on your boots. It is hard work in the hot sun. It is working for crotchety salty bosses as you slowly become one yourself. And yes, it is getting stung. A lot. 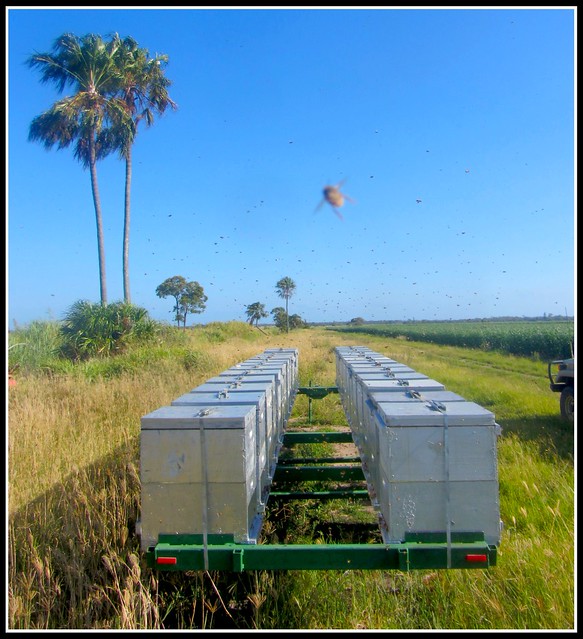 Back here, my boss, the farm owner, looks just like Steve Erwin. He has his same exuberance, except in this case it's for growing vegetables, and everything he says is peppered with the most shockingly profane analogies -- and any given object can be described as a "cunt." I have never seen him wear shoes.

I can smell bee pheromones, and I can smell bee diseases, without even opening a beehive. I can find a queen bee based on the noises she makes. People ask me if I ever get bit. I've never been bit and I probably never will.

For "vacation" next month I'll complete a circumnavigation of the Earth, returning to Africa, this time from the east. I can't really recommend Nigeria as a vacation destination, but I rather miss the rolling green mountains of Ethiopia. I'll be in Nigeria to spend another two and a half weeks teaching subsistence farmers practical ways they can profit (/better support themselves) with beekeeping.

Sometimes the sun is already setting by the time I'm headed home. I swear it's bigger here than anywhere else. Around 5pm, already the forests are bathed in a warm golden light slanting in from the side. The sun sets over the sea of sugarcane as a giant orangish-red fireball. Sometimes I emerge from the corrugated metal extracting shed for a breath of fresh air and find the world illuminated by the moon as if by a floodlight, and I contemplate that 100 years ago I might have seen the exact same scene.

At night the narrow muddy tracks amid the cane truly do feel like a labyrinth.

When I get home, if I've missed the sun set, I frequently walk on the beach anyway. Not infrequently I can see lightning flashing silently on the horizon.

I walk back to the house and dial up the internet with my broadband modem, but everyone I know is already long asleep. All too often there aren't even any interesting emails. I had a housemate who drank himself into oblivion every night, but now he's gone and I have the house to myself. My predecessor in this job had to leave after he lost his eye and half his sanity. I'm told he's still sighted "in town" on occasion, randomly, like a restless ghost. 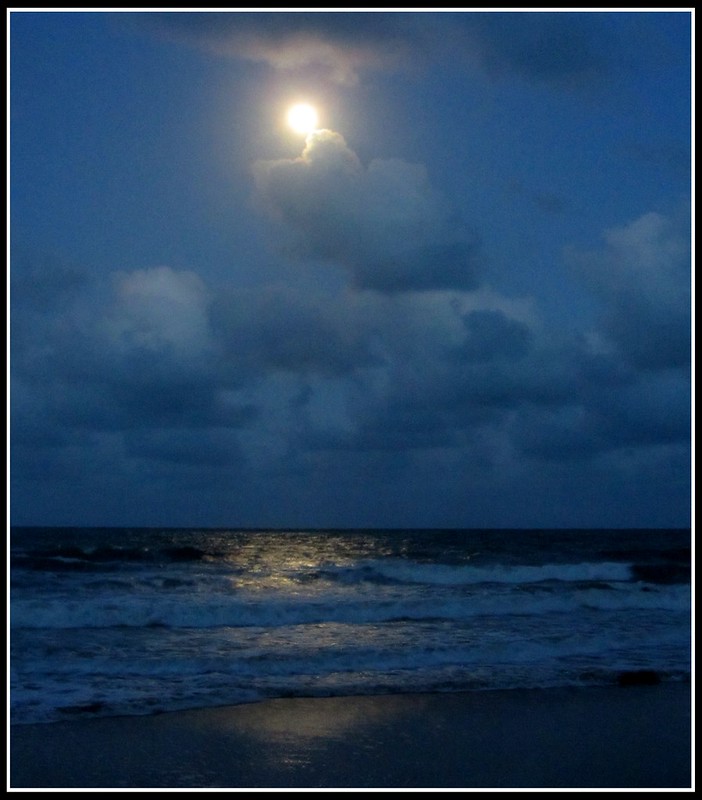