Flew into Portland via Seattle on Friday, via Alaska Airlines. Leg from Seattle to Portland was actually Horizon Airlines, who apparently serve complimentary BEER on their flights! And not shitty beer either, it was the Widmer Winter Ale! I was extremely pleased with this!

Also I took this picture out the window: 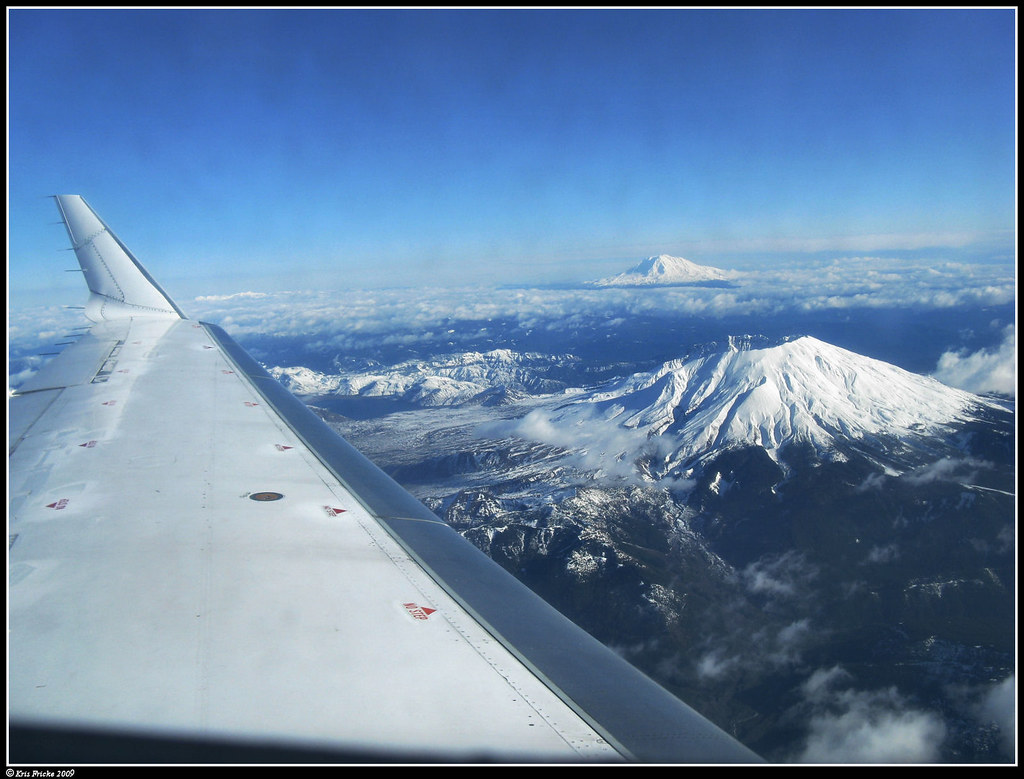 xaositecte picked me up. We then drove around doing some errands and getting ready for the party he was throwing that evening.
Call our friend Sameer to invite him but that bastard was throwing a competing party of HIS OWN! Bastard!

Mike's got a lot of cool friends. Including one that's a blacksmith at the local historical fort .. and also a beekeeper. And also brews meade. On a hunch I asked if he distilled, and we proceeded to make vague allusions to having kettles with columns on them full of wire mesh until we were certain we were on the same page. ;D

Eventually we decided to all go downtown and went to a bar that was converted from something else (I don't know what?) but the ceiling was three floors up. Here we played pool and Mike and I were undefeated, because clearly we are awesome at pool.
...or the other teams kept scratching on the eight ball. It's my secret winning move, really. :D


Saturday the 28th
Mike works at the local VA Medical Centre and Saturday morning had to go in and coordinate volunteers working in the memorial garden. He said I could just sleep in, but imo doing something is always better than not doing something, so I decided to wake up early for a little gardening myself.
So spent the first half of the day in the crisp morning air trimming bamboo. It was rather enjoyable.

Went out to lunch with my friend Mindy (

meowmeowpants) and her boyfriend. When I was up here on Road Trip 2008 they were on like their 2nd or 3rd date, and now they're still dating so I think that's cute.
We ate at this place where there's a whole bunch of tasty food carts (on Albina Street?). The food was really tasty, despite being vegan. I kept speculating that I should go to the mexican cart, which did have meat, and ask for some meat to put in my vegan stew bowl.

I really heart Portland. Every time I'm up here I wonder why I don't live here.

Back at Mike's place everyone was still feeling kind of under the weather from the night before (*grin*) so we just ordered pizza and watched movies. First we watched Rockandrolla, a Guy Ritchie movie I had never heard of. It was kind of like Snatch and Lock Stock had been, in terms of crazy criminal shinanigans, but no complaints here, they're all three excellent movies. Then, since we found out that Mike somehow hadn't seen either of the other two, we watched Lock Stock and Two Smoking Barrels.


Sunday the 29th (today)
Caught up with my ship The Lady Washington where it was tied up giving dockside tours. Obligatory picture of me in front of it upon arrival.
Shortly after I arrived we sat down to lunch (a delicious lentil stew!), then we took on passangers and went sailing down the river and back for three or four hours.
Felt kind of useless not knowing where to jump in and help with lines but the experienced crew is really nice and I started to figure out the basics after awhile, esp since we did about two dozen tacks. Felt more useful when I got to go up and help furl the sails.

Dinner was a delicious ground beef in noodles or something? With bread pudding for desert. Gorged self.
Am now in the nearby hotel lobby sitting next to the fireplace, enduring horrid christmas music.