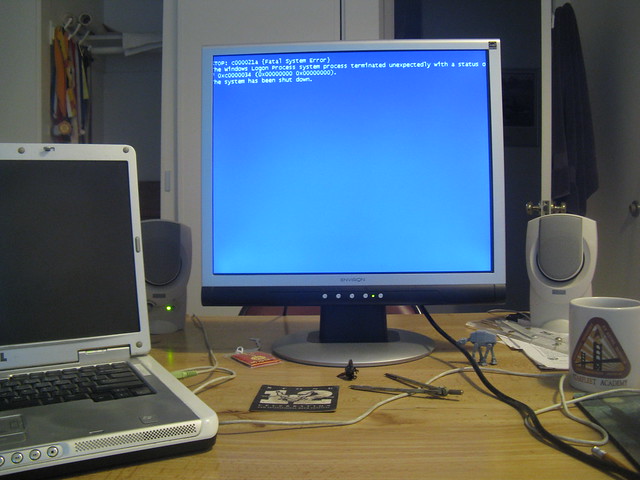 So last Friday my laptop, creatively named Sparky II, started giving me nothing other than the above screen. Note that it is displayed on an external screen because the original screen had long since ceased displaying on the lower third (which, when you account for all the taskbars that pile up above windows, left only a band of two inches or so of visible screen).

Fortunately my good friend Papa Smurf is an IT professional so I brought the comatose body of Sparky II over to the smurfcave. After working some magic, which I'm assuming involved arcane incantations, burning incense, and perhaps invocations of dark unholy spirits, he was able to exorcise its contents onto an external harddrive, much like the soul of Koschei the Deathless. However, all his smurfy magic was unable to bring the laptop back to life, and yesterday I returned home with the lifeless carcass of Sparky II in my arms.

Sparky II served me well for many years, and best of all, years of ruthlessly adblocking anything that even remotely annoyed me had reduced advertisements to an unpleasant myth. I didn't even get advertisements on pandora! 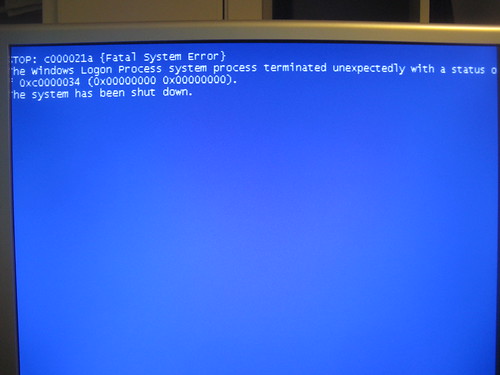 I had hoped to limp through February with Sparky, being as any computer i get now will be utterly obsolete by the time I return from Africa two years later but alas no luck.

Papa Smurf informs me however that this laptop, on sale on Friday morning for $189 is a really good deal and I should get it. I actually know very little about this computery stuff. I just want a computer I can play my circa 1998 games on (Civ III for the win!) and edit photos with a pirated version of paint shop pro on. ;) So computery people is the aforementioned computer worth showing up at Best Buy at 4:30 in the morning for?

I still think this "black friday" business is strange shenanigans. Why do they do it? If people start their shopping the day after turkeyday thats fine but why then slash your prices on that day ridiculous amounts in order to make the frenzy ridiculous and require people to come out at godforsaken hours?


Bonus: spot the Xylocopa californica (that had a fatal error itself) on the desk in the above above picture. And for +3 points, do you recall what X. californica is (I mentioned it a few entries ago)?
Collapse