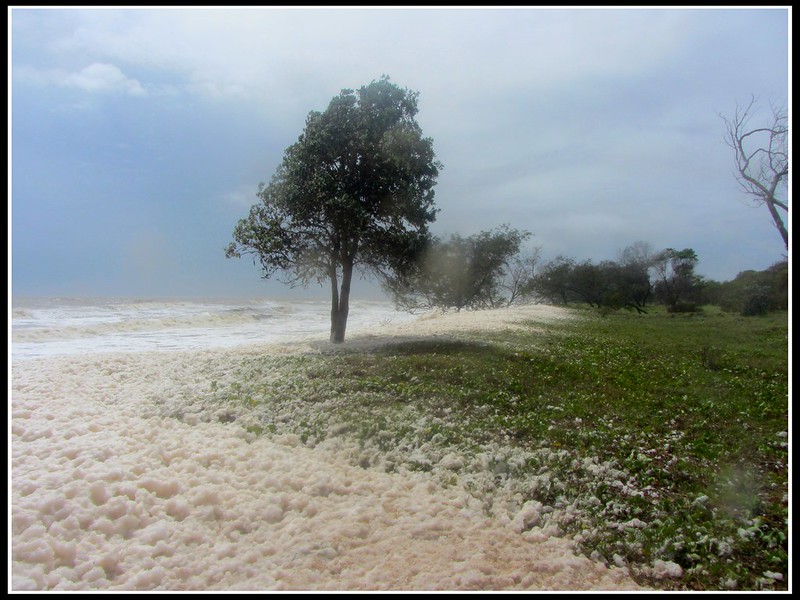 This morning an exciting dream about sailing around Cape Horn morphed into the sounds of someone pounding on my door until I suddenly woke up and realized someone was, in fact, pounding on my door.
I quickly leapt out of bed, pulled some shorts on, and opened the door. Standing there barefoot in the same dark blue shorts and work shirt he always wears was my boss Trevor. I forget if he opened with a "hello" or "good morning," I'd been awake for 30 seconds -- the first thing I remember is him asking why my smoke alarm was open. I explained it had started going off and the battery was probably dead and before I knew it I was receiving a remarkable work of on-the-fly creative composition about what would happen if I didn't get a new battery immediately, all I remember is that it involved "and then we'll bury your body..."
There followed some remarks about the status of the bees, of which I also was able to process almost none of it except "meat ants overrunning hives," "lids blown off," and "turn the nails down to hold the trays in [another short work of speculative fiction] ...and then you'll be buying a lot of trays!"
This was immediately followed with "who owns that beer bottle there?" (pointing at a shattered beer bottle under the outside stairs),
"oh, uh, that would have been Sam's,"
"Okay well he'll be back in a few weeks to take care of it then. What's with that cardboard over there?"
"I don't know that's been there as long as I've been here"
"Well this isn't a hobo town get rid of it."

And so, my day began. But he'd brought me the work ute, it was fine. Water was still about a foot deep over the road out of town. Spent the day inspecting hives. Only three fails out of 530 is pretty good! And those three had already been weak. One bee trailer had dead fish on the ground around it. Had to do some fun things like tie a rope to a fallen tree and pull it out of the way with my truck. Also one of the fields was pretty muddy, and I took note there were no other tire marks out there despite it being right next to Trevor's house (prompting me to say to myself "so you're the only one dumb enough to try to drive in this!") but managed not to get stuck. 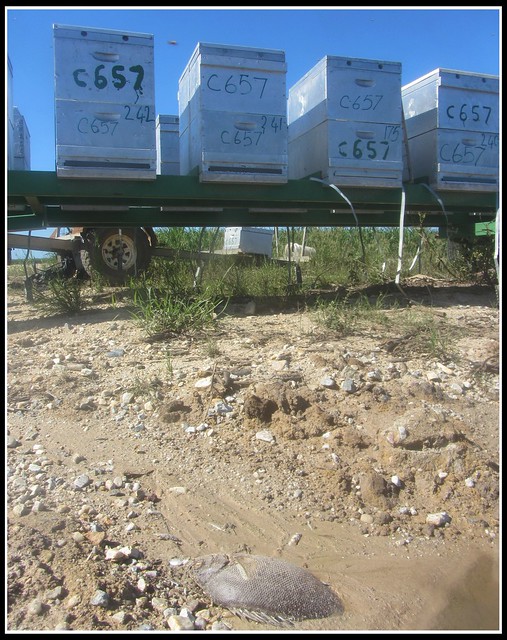 Returning to Moarpark at the end of the day I find the grocery store still hasn't been resupplied. The mail came through though, and I had this response to some samples I'd sent in to Biosecurity Queensland: 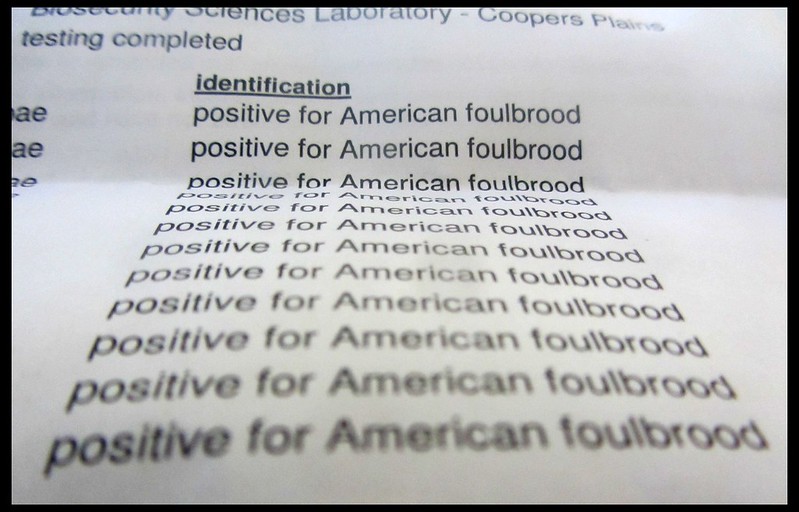 Which is a thoroughly depressing way to end the day, because its an incurable and highly contagious disease. Even if the infected hives seem to be doing alright, one must kill the bees and burn the whole thing. Right there. It's generally reckoned too contagious to even move the hives to burn them somewhere else.