So I've been following this thing called the Out of Eden Walk, wherein this journalist sponsored by National Geographic is aiming to walk all the way around the world retracing roughly the route of human migration, beginning in Ethiopia and ending at Tierra del Fuego. I've been following it for awhile because I think the whole idea is neat, and he started in Ethiopia, which is dear to my heart. While I was in Osh in Kyrgyzstan I realized hey it's likely he will take hte Silk Road, and thus pass through Osh itself! At that time I think he was just entering the western -stans. I've been even more eagerly following his progress as he gets closer to Osh, and it looks like his most recent updates are from just across the Uzbek border in the Fergana Valley! I can't find his upcoming route (though my computer is really slow to browse the official project pages due to too many moving parts I think), but I anticipate even if he doesn't hit up Osh he'll probably head up past Kershab at the head of the valley and up the narrow Kara Darya river valley that I went up. I'll be even more eagerly following in the next few weeks for sure! 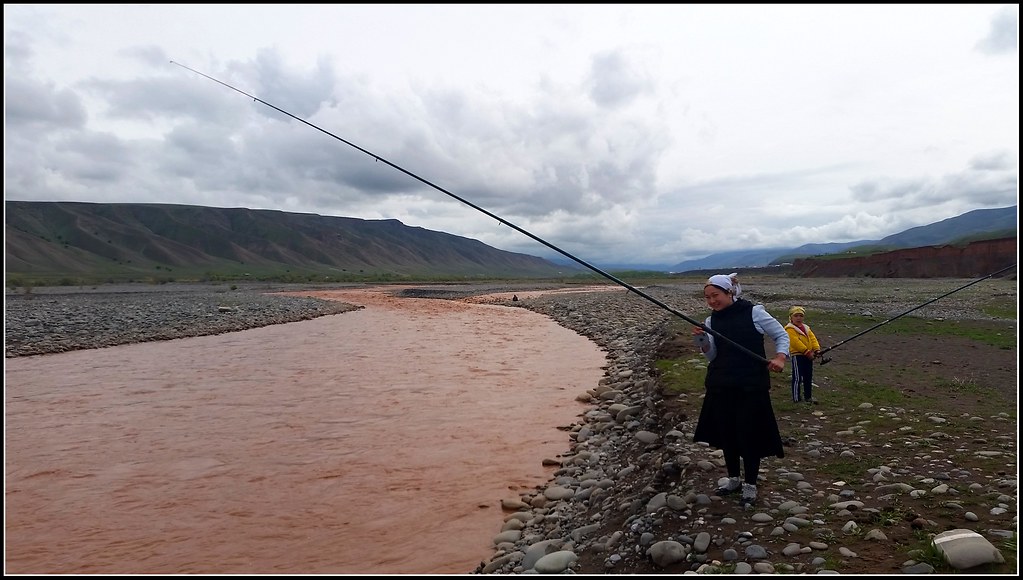 And this is a picture of the fishing mentioned in my last entry that I liked but couldn't quite fit into the entry (though it was linked). This isn't the Kara Darya but a tributary that joins in just a few miles further down. There should be a pin on this map by Kenesh.