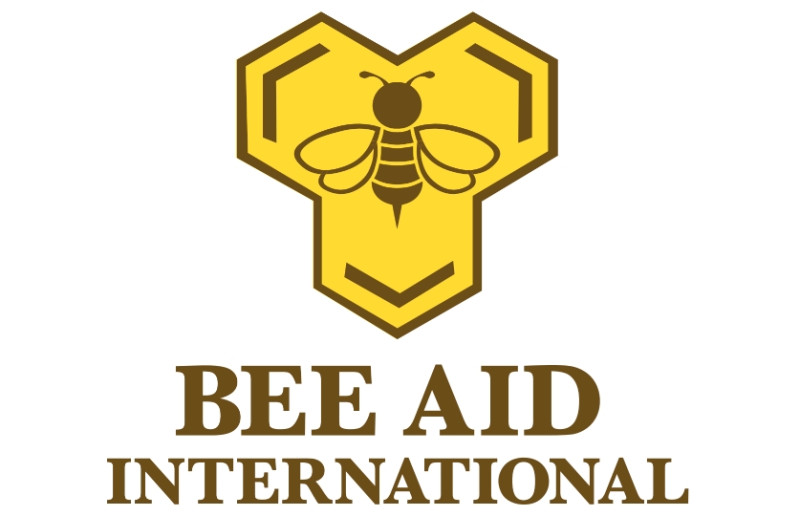 The above is the current logo of my non profit, Bee Aid International, it was very kindly designed by my parents' neighbor, a professional graphic designer, who was very very responsive to my many requests and tweaks about it. I was pretty happy with the result but over time I've begun to feel a bit like I don't think that's the optimum bee in it.

As you probably don't recall from my last post about drawing, I had identified a tiny bee in an earlier drawing I'd done as "the perfect [stylized] bee." Today being a miserable cold rainy day with buffeting blustery gusts of wind it was definitely a day to hole up inside and work on sometihng on the computer machine. So I thought I'd see what it looked like if I inserted that bee into the three hexagons:

As you can see I used the extent of my off-brand-photoshop skills to rotate the wings. The original plan was that the bee's wings completed the sides of the hexagons, but I don't think I like it as well as simply the original: 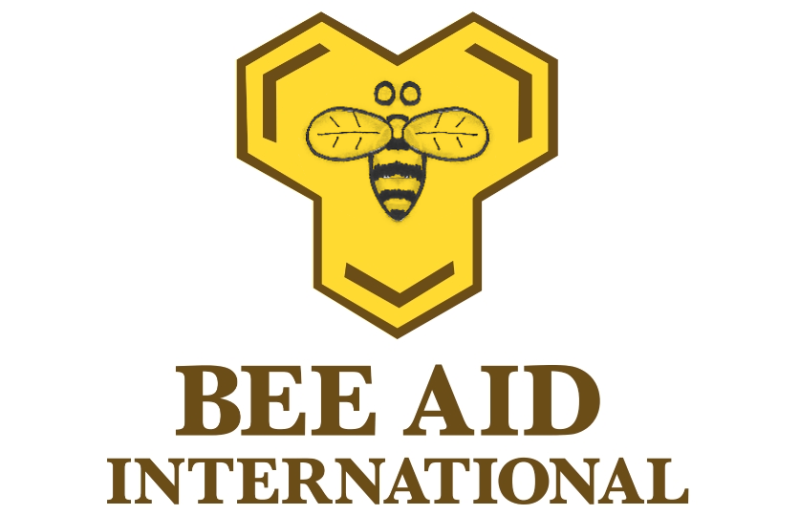 Definitely fills the space better even if it abandoned the follow-the-hexagons plan. Also I chuckle to myself guiltily that one of the things I was insistent on to the original designer was that it accurately have two sets of wings as bees do (the major distinguishing feature between bees and flies-that-try-to-look-like bees!), and here I've abandoned that. I'm still not sure about it. I think it might look better if the hand-drawn quality of the lines was completely replaced by nice smooth computer generated lines, but because both the wings and body are not elipses but kind of pear shaped lopsided elipses, it is beyond my meager graphic design skills.


Anyway, all of this was kind of a side note to the main activity of the day. I need to establish bee sites ("apiaries" in pedantic) in areas further afield from where I currently am. The plan is to put looking-for-a-bee-site flyers on general store bulletin boards in areas with lots of the flora I'm looking for (I'm doing serious studying this winter of the flowering patterns of western Victoria), as well as possibly knocking on doors of houses on property that looks ideal, with a jar of honey ("pre-giving" they called this in my Theories of Persuasion class) and a nice note I'll have printed on cardstock in case they aren't home (primordial version). So here's the flyer I designed today: Background picture is of one of my current bee yards (I loathe and despise using stock images, and even seeing them on other people's websites.), I wanted to give them an instant visual of what it would look like in practice.


In entirely unrelated news for about ten minutes yesterday it looked like I might have a chance to spend my winter/summer sailing on an adorable brig between England and Ireland -- I had applied for a paid position they had advertised and they actually contacted me sounding very interested, asked if I could be available on May 8th which is only 4 days hence and, flabbergastingly, when I checked flights they were actually available on this three days notice for around $1300 which is what it would be at best of times anyway Ii think ... but then my dreams of being out of here chair spinning to be getting paid to do something awesome for second-summer were dashed when they asked if I had a work visa for UK and Dr Google informed me that it does not look like I can just conjur up a UK visa all lickity-split. So stuck here in the increasingly miserable cold blustering wind and rain ): ):