And now... remember that cliffhanger I left you all on? Well... this post will have cliffs at least! Tomorrow should wrap up this wedding trip and then the next day we'll get to the other side of that cliffhanger! ;D Sunday, July 15th, Loyalton, California - The day after the wedding about half the family went to a nearby mountain lake and the other half went to go hike to the top of a nearby mountain. I went with the latter. Let's go with more like a photo-essay style here. At the top of Sierra Butte there's this rocky outcrop with the really steep stairs seen leading to the top, on which a stout fire watch tower defies the sky itself. 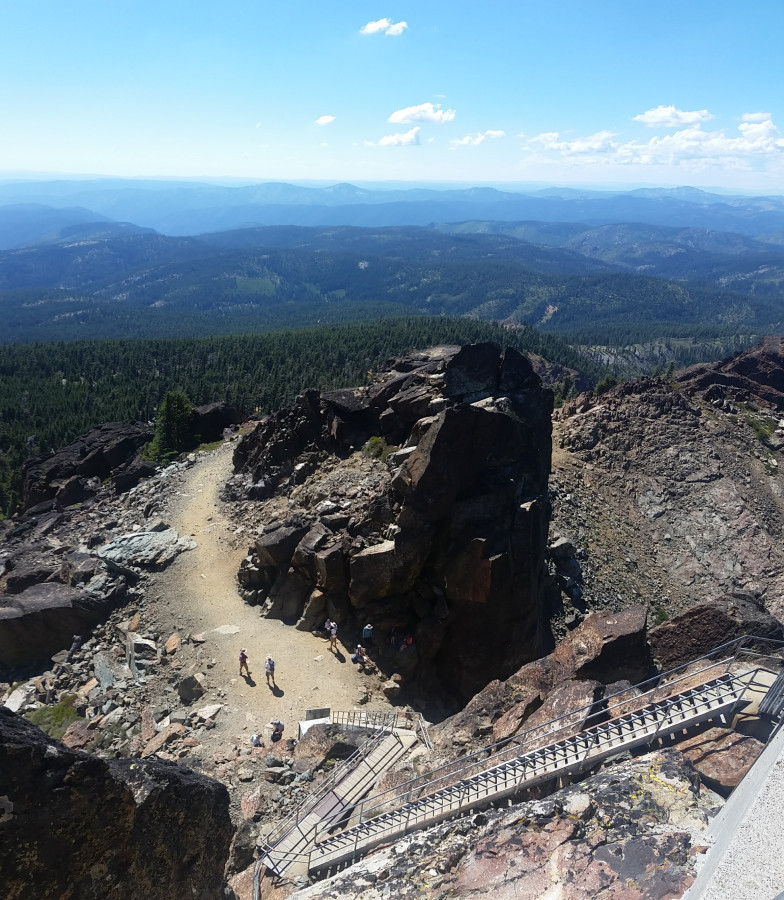 This one is looking up to the watch tower platform itself. My cousins Linnea and Kateri are up there. 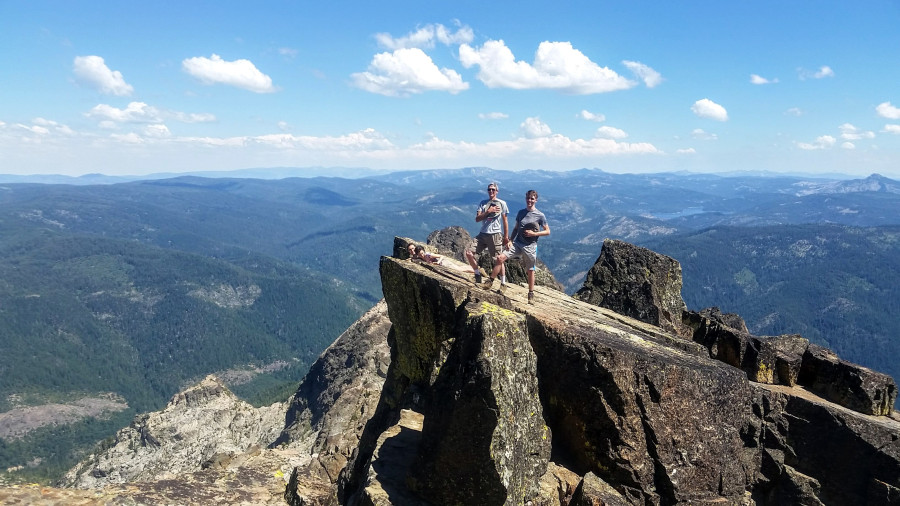 Uncle Mike and his son Sylvan strike a pose on a neighboring pinnacle. My cousins Linnea (Mike's daughter) and Kateri lay behind them. 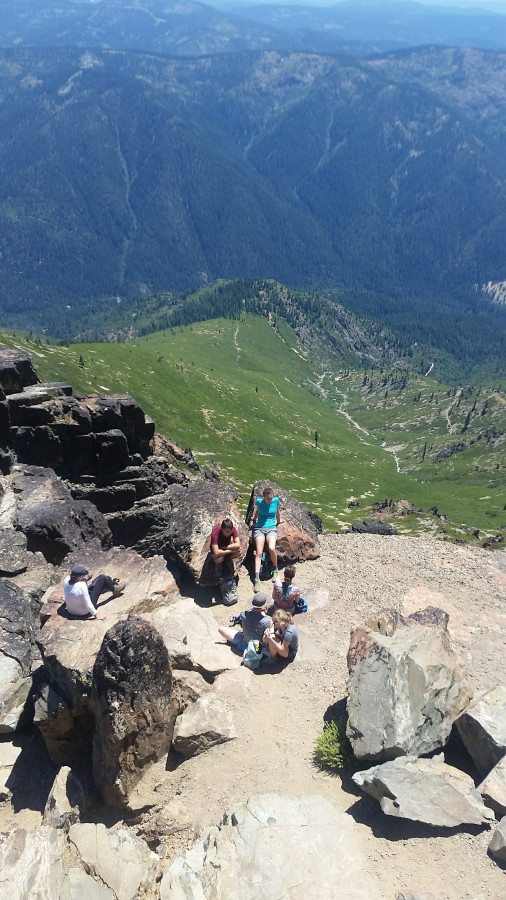 Looking down at the base of the watchtower (which is still atop the rocky outcropping). Various cousins

After returning from this hike (only 2.5 miles / 1800 feet elevation change between the trailhead and top) we returned to Loyalton, and I believe everyone socialized for the rest of evening? This is a month ago now and my memory is pretty bad. All I know is I darted back to the hotel for an hour to submit my flash fiction submission for that contest. Recall I had to write a romantic comedy involving a chihuahua and a bus stop. In my little story the protagonist goes to the bus stop hoping to get the number of an attractive young lady with large brown eyes whom he knows waits for the same bus, and then a chihuahua shows up interrupting him to his annoyance, but she thinks its cute so he pretends its his, but then he's prevented from boarding the bus because it's "his" dog. I'm pretty happy with it as far as something I cooked up in my head in the midst of a busy wedding weekend and pounded out on the keyboard in half an hour, followed by half an hour of technical difficulties uploading it, finally getting it up with a minute to spare literally.

I thought my brother Tobin was going to take a picture but apparently he took several and gifed them together. such sauce.