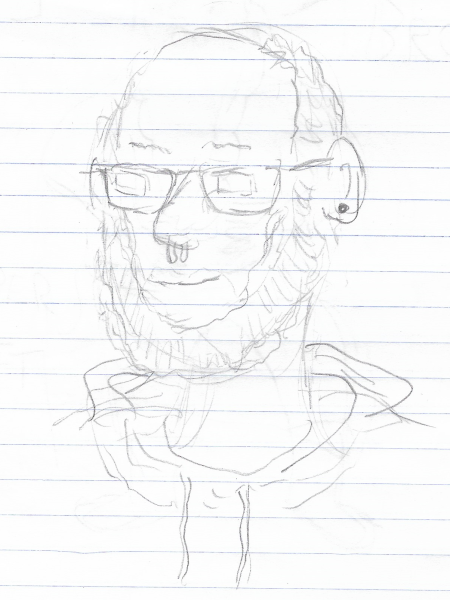 So we've been playing D&D every Saturday evening, as I've mentioned. I'm pleasantly surprised to find it's so much more than justy nerdily rolling die. Aside from giving us a solid reason to spend time together once a week, and ancillary things like I've really developed my salsa recipe, I've found it surprisingly links in to two favorite hobbies of mine. The Dungeon master, pictured above, has promised to give us all extra experience points if we write a "log entry" sort of thing about the day's adventure, which I've relished as a creative writing opportunity (and have yet to write from my own character's perspective though I might do so this week just to change it up). But also, perhaps most unexpectedly, because he provided pencils and paper for taking notes, and I find I'm sitting at a table with pencils and paper, getting to some degree intoxicated which makes one restless, and often things are happening that don't pertain directly to me so ... I naturally start doodling. At first it was just simple things (sailing ships are always a go-to for me) but then it was things or characters from the story (We made Ben nervous by saying the birdman was roosted directly over his face, or this saucy gnome named Coppershaft) or.. the people sitting across from me!

Not to toot my own drum but I'm rather impressed with myself for the above picture of Mick and the below picture of Ben. For reference here's not the best picture of Mick but the only one I could find where his facial hair was the same as it was when I drew the picture. His eyes look square because he sits there with a laptop in front of him and what you're seeing is just the laptop screen reflected in his glasses. The effect is a bit cyberpunk but considering he programmes industrial lasers for a living that's quite appropriate!
I went to look for a reference picture of Ben just now and apparently not only do I have none but on his facebook he has no photos more recent than 7 years ago at which point he looks in no way like himself. So Just take my word for it that this is what Ben looks like: 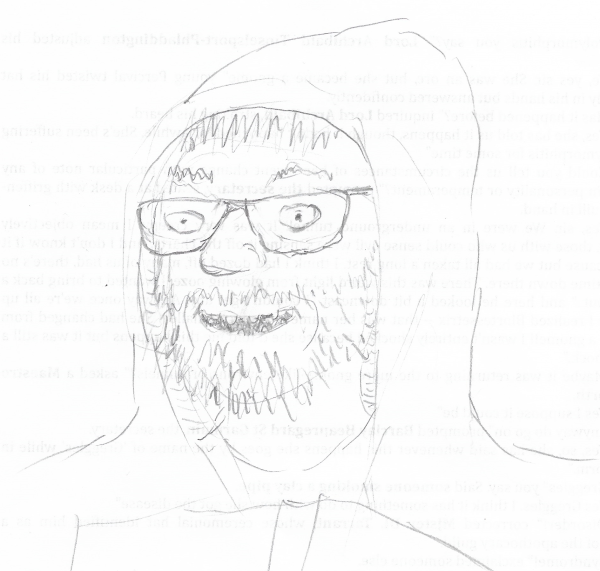 It's funny I felt what I had didn't look like him at all until I made a very very subtle change to the shape of the mouth and voila there he was.

Other miscelleneous D&D related thoughts: Dungeonmaster-face is really creative, he made these potions for us to actually drink when we needed to drink a healing potion. The tops are dipped in beeswax, of course.
Also in the official manual the gold coins are this weird square shape with two concave sides. I feel very strongly the coins should in fact be coin shaped with twenty sides. You know, like the d20! So appropriate! My google search just now to provide that link satisfied me at least that most peopel seem to ignoring the stupid shape suggested in the manual.
My character has three "retainers," of which one is an orcish bard. Once we were already started and I feel it's too late to retcon it in I have recently realized that orcish bards should totally have a highly ethically questionable musical "intrument" that is actually some kind of small animal that can squeeze and prod to make a melodious noise. And just to make it extra disturbing how about it does actually sound nice? 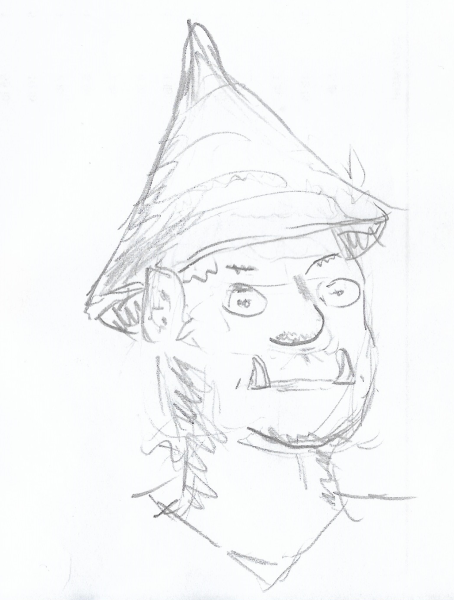 Here's my own character, Krusk Thompson, a half-orc paladin. His mom was the orc. I am envious of his hat.


If you happen to fancy reading my "log entries," here they are! I already shared the first one here but conveniently I had also written this quick note that covers the same vent very briefly, which I wrote mainly to establish the characters of the squire and the bard more: ( Another slightly better full body one of the character )
Unfortunately I drew this too small to do much with the face or the hand over the face. Also there's a classic one of those boats I draw. I actually like this one because for this world I was trying to draw something kind of different from our historic vessels and was aiming for a cross between a viking longship and a Mediterranean galley (that weird waterline cross is because it was damaged, this relates to the storyline form before I joined). Also apparently we're transporting a magic orb. 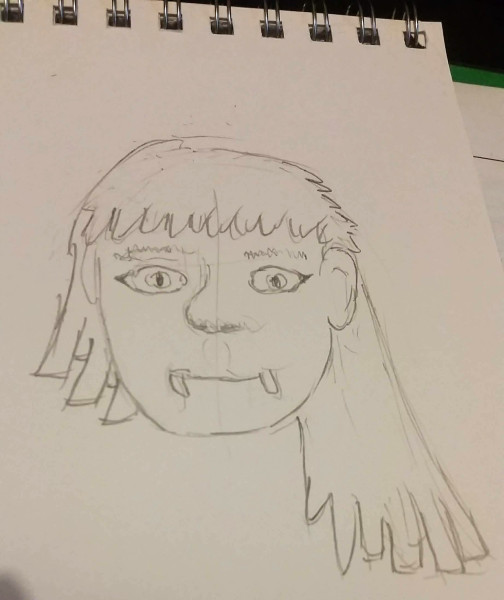 An attempt at an orcish female, possibly our bard Blortessetrix. I was aiming for like decently-attractive-as-far-as-orcs-go. All pictures on the internet all seem to concur that orcs have large protruding jaws and its the LOWER canines that protrude; and as a face in general I think I failed in putting too much space between the mouth and nose, so I might erase the lower jaw and try to correct it. 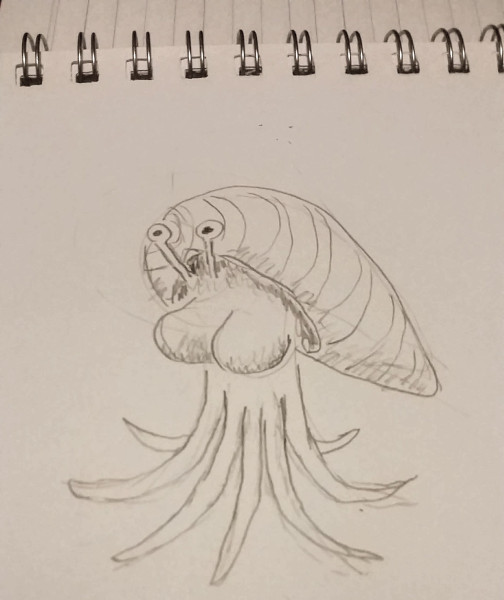 I'm looking forward to much future doodling and actually the quality of the portraits, which not to heap praise on my own work but I was really surprised myself when I woke up and saw what I had drunkenly done. It's all got me thinking maybe I should sign up for an actual drawing class. And I'm really wondering if there's something to this being able to do it better while drunk thing, I mean here's what I then drew the next morning while in wonderment of my abilities, to my immediate disillusionment: 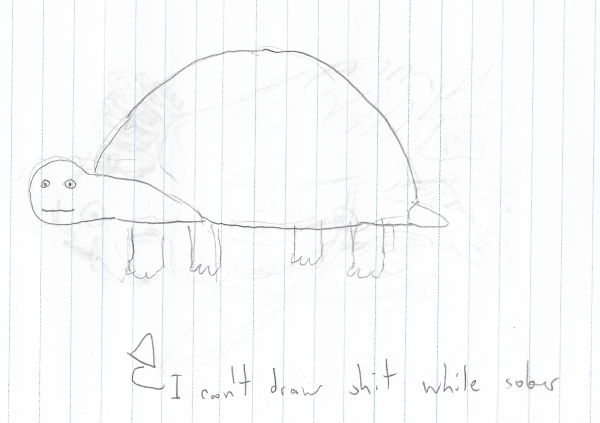