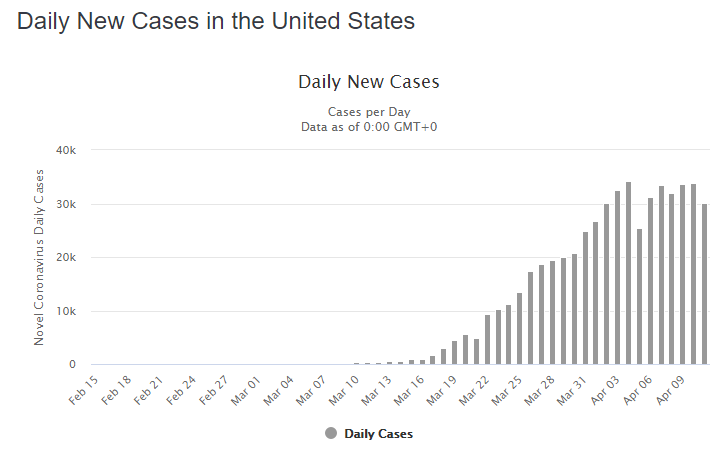 and apparently I cut off the label but this is the whole world: 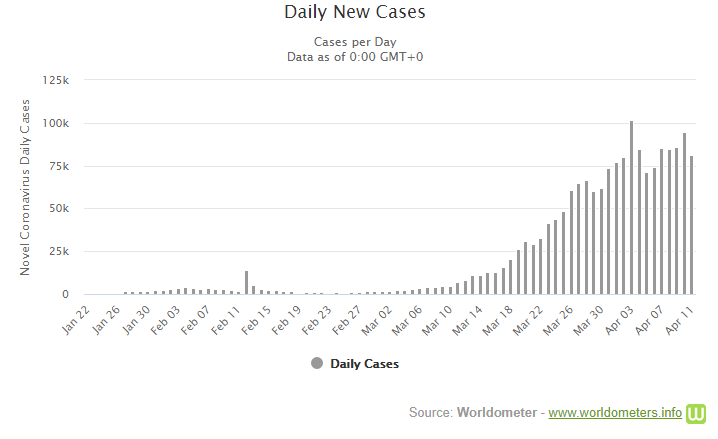 But of course the virus would have to be literally completely stamped out in a place before they could lift the quarantines and go back to life as normal, or else the curve will just start up all over again. The ideas about issuing "coronavirus passports" to people who have recovered and are immune and can therefore go to work is intriguing. It sounds a bit creepy/dystopian but I mean, you already have to show proof of Yellow Fever vaccination to enter many countries. I think it is possible some places will succeed in stamping it out entirely in a few weeks, though larger places like the US I fear it could take months if it ever comes to pass at all, and the greater hope will be for a vaccination.


I wonder what's happening in North Korea. To my knowledge they haven't reported any cases, not that anyone would believe for a second anything they say, but they are so thoroughly autocratic I could see it going either way ... either a draconian lock-in or Kim Jong Un just looking at hte numbers and saying ah yeah I can afford to lose 2% of my population lets just sweep all these bodies under the rug and the rest of you keep on keeping on!

In Australia we get a four day weekend to celebrate Eostre, because apparently "Easter Monday" is a thing of some kind. Friday was a bit nice so I checked some beehives, and was pleasantly surprised by how much honey I was able to harvest from them. Saturday and Sunday were so bloody cold I thought I might die the one time I opened the door (it was 53-54f, yes I'm melodramatic about temperatures under 60, I'm from Southern California). At one point we were getting sideways rain and the wind blew a bunch of things over.
Sunday evening I got good and snug in front of my computer, consumed an unusually large amount of caffiene and started writing. I've been reading other people's travelogues on the writing site scribophile.com and it had inspired me to work on a nice polished travelogue of my own. It's mainly just a writing exercise at this point. So I've been working on the story of my journey into the heart of Tanzania to help the Hadzabe hunter-gatherers. Sunday night, while my friends were complaining about being "bored out of my mind" I was like "I'm reading about the Bantu expansion!!" (which had nothing really to do with what I was writing, so much as I got distracted by the wiki article on it). I actually get a bit annoyed when people complain about being bored. There's so much to do, how can you be bored?? (other than if caught out at the DMV without a reading book or other such specifically trying circumstance)
My travelogue had some challenges, such as (1) that in my livejournal, my primary "rough log" to use as a foundation, I pretty much just skipped over four days in Nairobi in the beginning -- I don't remember anything I did and my rough-rough log was notes on my phone which were later lost. And (2) yesterday I was trying to jam some regional history in where I visit the museum in Arusha, and trying to make the history interesting and/or fit in nicely. It does appear that the area was "pacified" by a German Captain Kurt Johannes, which is delightfully reminiscent Colonel Kurtz. His apparently cruel second in command was a Lt Moritz "the Hyena" Merker. This stuff at least lends itself to good story telling. As these things go I probably spent 10x more time researching than writing. This kept me up until about 4am which is probably literally the latest by far I've been up in years. But hey I was on a roll. 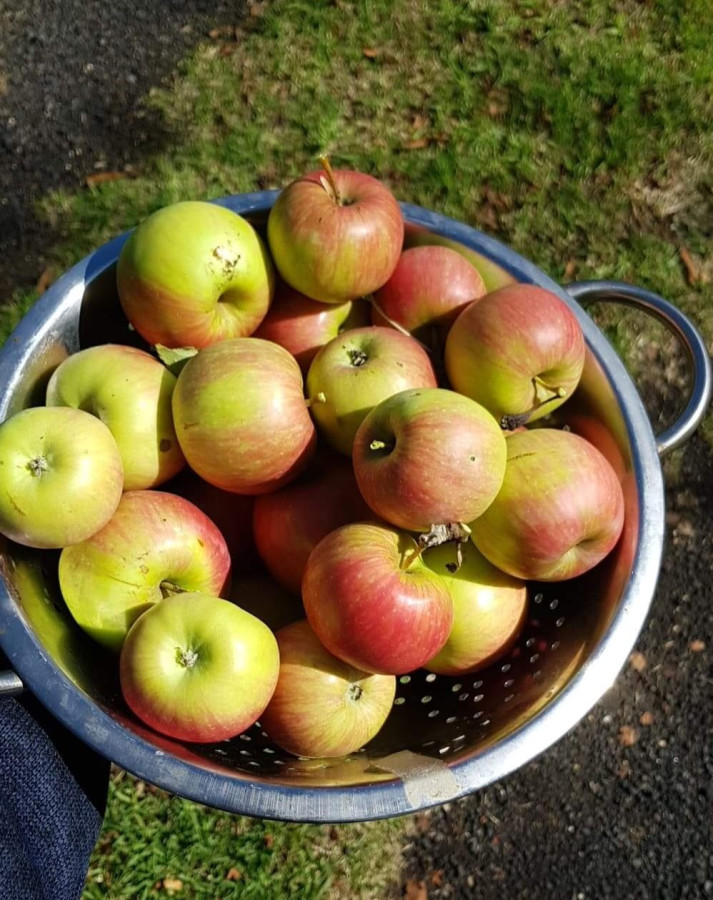 Today, "Easter Monday" was actually a nice sunny day. From the moment I woke up I managed to stay primarily outside until around 5pm, having not gone outside for the previous 48 hours. Town was eerily quiet. I expected to hear kids playing and see people walking about and all that but for whatever reason town was just super quiet.
My mom convinced me to pick apples from my tree to make applesauce. I actually have a bumper crop of little apples. Usually they're all gobbled up by the cockatoos but the latter haven't been as abundant as usual -- must be socially isolating themselves. Messaged my across-the-street neighbor asking if he had any lemons so I could put lemon-peel in the applesauce and he came over to deliver some lemons ... which he placed on the porch and then ew chatted from a safe distance. It seems the fellow who has owned the General Store ever since I've been here has very abruptly handed over ownership of the store to someone else. I knew he kinda wanted out for awhile but this seems really sudden and I really wonder if it was coronavirus related.
Trevor mentioned that the store now has fresh produce and other groceries! It always had SOME stuff, like sausages in the fridge, and milk and eggs and a few packs of one kind of pasta, but it wasn't really a sufficient selection to replace a trip to the grocery store. I had bene thinking with the new fear of going to the grocery store he was missing a golden opportunity. And I guess someone else thought so and bought him out with immediate effect. Suddenly the General Store has as many of all kinds of groceries as they can fit!
I trotted over there to introduce myself and ensure a continued honey sales presence there. So weird to make a new business acquaintance and NOT shake hands. Doesn't feel right!

Then I mowed my lawns and generally futzed about while procrastinating making applesauce becuase I always put off food production related tasks (but also that would have involved being indoors).