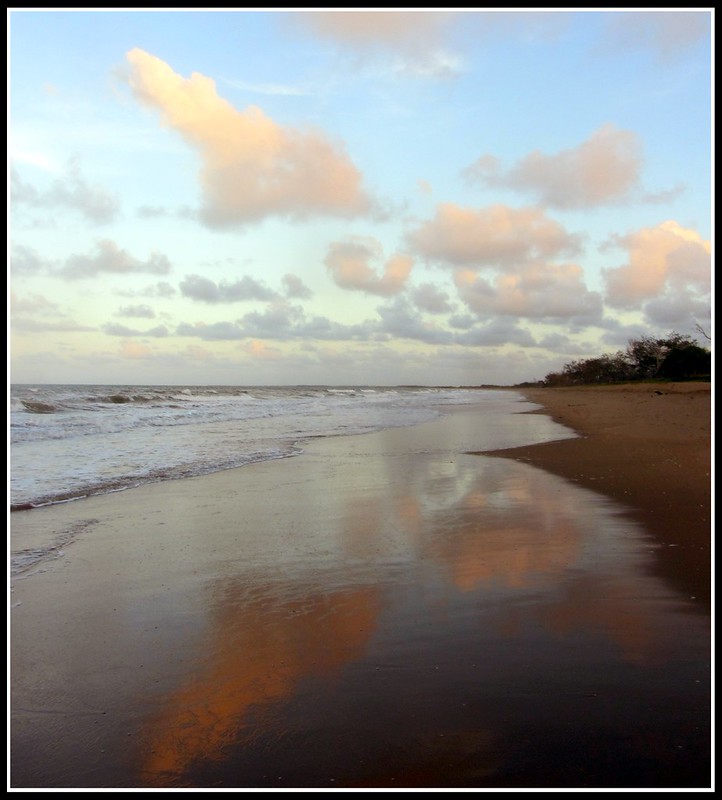 On Monday, 1st of April, at 0730, I left my keys and a note on the table, and set off barefoot down the beach on a journey to circumnavigate the world.
I left behind my little house by the shore of the Coral Sea in Australia, with its perpetual smell of Indian food and Indian music (courtesy of my housemate) and flew west to Africa. After 24 hours in Dubai and another (unintended) 24 hours marooned in Cairo (flight delays), I arrived in Abuja, the capitol of Nigeria.

My first impressions of Abuja had been that it "smells like a hedge." Others have expressed surprise that a capitol in Africa might smell so decent, but Abuja is, after all, only thirty years old. A planned city built in a previously undeveloped rural area in the center of "9ja" (as "Nigeria" is commonly written there, or "Naija" if they're feeling a bit more elaborative), to replace Lagos, which is in the south-west corner of the country and does NOT smell like a hedge.

The local "Zuma" people who were living in the area of Abuja were relocated, and, I assume, probably not consulted.
Nigeria is made up of three major ethnic groups, the Yoruba, Hausa, and Igbo, which can be further subdivided into over 500 smaller ethnic groups. I'm told there are over 200 different languages spoken, some only used in a few villages. As such, English is the only nation-wide language they have in common.
Most local villagers don't speak English, but national news and newspapers are in English and people who are involved in nation-wide business and many people in the cities do use it regularly. Regularly enough that they've developed their own way of speaking it. 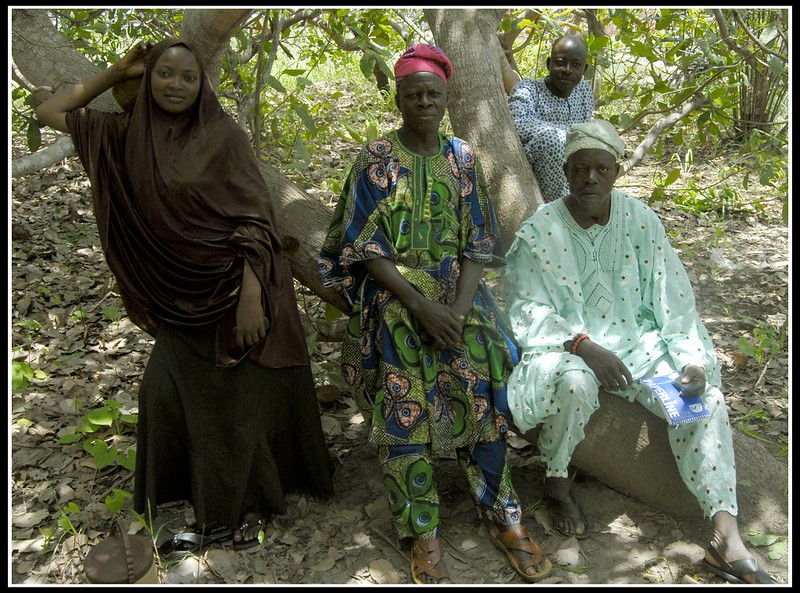 During my first project there in February 2012, speaking to a group of beekeepers in the city of Ibadan, I had an interpreter ... who interpreted my English into English THEY could understand. No matter how clearly I tried to speak and enunciate, my English was apparently unintelligble to them, though I could understand Dayo, the interpreter, and apparently so could they.

Sometimes the confusion worked the other direction, though, such as the time my driver said we needed to get foil for the car before we went to the project site. "Um..." I asked "Foil? Why do we need foil for the car??" I soon realized that "foil" is the Nigerian pronunciation of "fuel."
Another time, he asked me if I had put the "pig milk" in my tea. "Pig milk?! I didn't even know you could milk a pig!" I exclaimed in surprise. "what? No? Not pig milk, pig milk! peeeg milk!" he explained. I was no closer to understanding until he showed me the satchet of powdered milk that said "Peak Milk" on it, which apparently means it's whole milk or something.

Another interesting thing about Nigerian language is that they love to write in "textspeak." Billboards advertising things that have utterly nothing to do with texting might "welcome u 2 9ja" for example. 1337speak of course more than carries over to texting and facebook statuses, to the degree that sometimes to be understood in written form I'd find myself trying to figure out how to say something in textspeak.

Casual conversation is often conducted in 9gerian pidgin English, which is a mix of English words and words from the various Nigerian languages.
For example "U don chop?" is "have you eaten?"
"How u dey?" is a common way of asking "how are you?" I thought it was "How's your day," but as Dayo explains to me "dey" is the continuous tense of "do," ie "doing."
"I dey" means I am okay, but I preferred to answer with "I dey kampe," which means "I am well and strong!" This enthusiastic response always seemed to amuse them.

Having arrived in Abuja, I was delayed another day getting back out to Ibadan, as my luggage had failed to arrive with me from Cairo. Having left my house in Australia on Monday morning, I finally arrived in the village of Shaki on Saturday evening.
Arriving in Shaki I was informed "the king of this land has been looking forward to your arrival for months! ...but he died yesterday."
So I didn't get to meet the king, but a certain Nigerian princess has been enthusiastic about trying to teach me pidgin.

Even in these remote towns, I find that nearly everyone seems to have a smartphone, even if they live in hut. And they make fun of my "dumb" phone! I often find after I travel to a village and do a training program there, several people will ask if they can add me on facebook!
Dayo, my interpreter from my first assignment, has been my facebook friend since then, and I often enjoy asking him to explain to me the finer points of the status update he just made in pidgin. They are often prefaced with "na wa ooooo!" and regard the latest soccer match. I always imagined him jumping from his chair exclaiming this, though when I asked him for usage tips he explained that most times he says it calmly -- I'm rather disappointed. 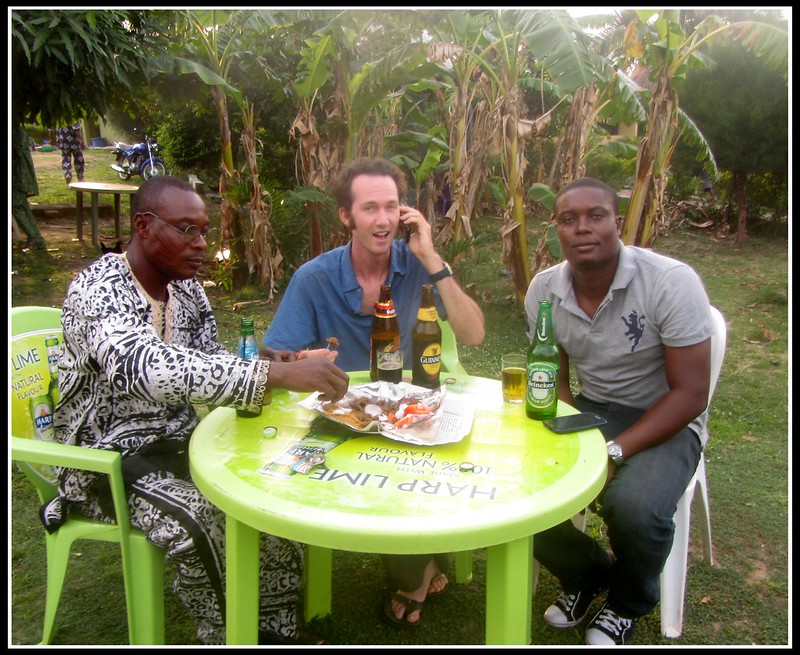 After two weeks in Shaki (not nearly enough time!) I rushed back to Abuja and flew to Cairo to begin an assignment there, only to be told I had to wait around for two days until the weekend was over (na wa oooo!). And then I had to start learning a whole new set of phrases!
But Egypt will have to be another entry entirely.

Continued west to America, and in two weeks or so I'll complete the two month circumnavigation and return to exile in Australia. 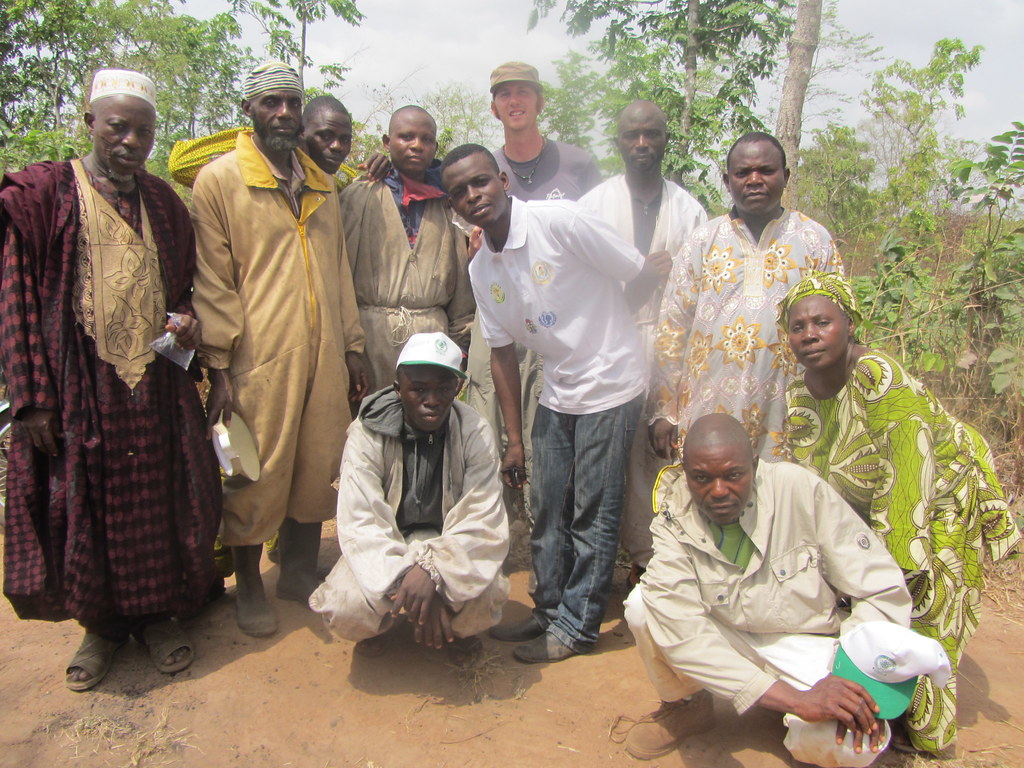 And a dictionary of pidgin phrases that's rather interesting to peruse.