So I suppose it's about time I updated on last month's trip to good ole Turkey hey? 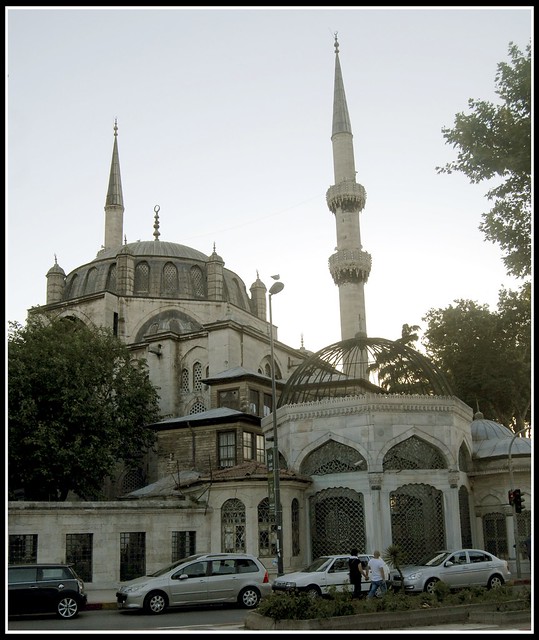 June 18th
So one Tuesday in June I decided going to Turkey sounded like a lark, so I bought a ticket for four days later, like ya do.

June 21st
Naturally, I stayed up half the night before my flight so I could be fittingly comotose on the airplane. After the two hour commute to LAX that Friday, I had successfully navigated the airport and boarded the United flight. We proceeded to not leave the gate for unusually long. The captain made a few announcements about "some of the gauges are making strange readings, its probably just a gauge malfunction, engineering is checking it out," and "...still checking it out." Until finally he gave us the remarkably ominous "okay we have determined that we can legally and, uh, safely get underway," in which "safely" sounded suspiciously like an afterthought.
So we started taxi-ing down the runway and had driven halfway across the airport when he came on again with "so, engineering has continued to look at the data and determined that we probably should return to the terminal and cancel this flight." ...which brings up the alarming thought that they cleared us for takeoff before they finished analyzing the data and ruling out potentially serious problems????

So then ALL of us got to stand in a long line at customer service that slowly slowly inched forward. An airline employee actually walked down the line though and handed out pieces of paper with the customer service number so we could call and try to get sorted out before we reached the end of the line. I called and some obstinate lady insisted that my only option was to wait until 11pm (some 15 hours after I had originally entered the airport!) to ride an overnight flight to Washington DC, to fly from there to Newark after a few hours layover, to fly to Istanbul after a seven hour layover THERE! .... airport hell!
So I opted to wait until I reached the customer service people at the end of the line so I could shoot lasers at them with my eyes for a hopefully better result. It took more than an hour to get to the front of the line. When I got there, fortunately the person right in front of me was already arguing with the agent next to mine about how to get to Istanbul in a timely manner. This 24 hour delay was going to make him miss the entire reason of his trip, a wedding he intended to attend. Similarly, another couple next to me in line was also bound to miss the purpose of their trip -- being in the audience while their daughter was on a game show in Norway. In conclusion, don't depend on United to get you somewhere you absolutely need to be on the day you need to be there!!
I just couldn't believe United could not find any way at all to get me to Istanbul any sooner than 24 hours after the original flight, even using other airlines. And this would be frustrating enough, but recall I had intentionally rendered myself exhausted (hmm not seeming like such a good idea now!)! I was able to inform them their cockamamie overnight to Washington plan would not fly, and they eventually admitted they could get me on that same Newark-Istanbul flight without the unnecessary stopover in DC -- they'd put me up in a hotel near LAX for the night and the next morning I'd start on another 10:00 United flight (as my original had been).
Me dad, who works not far from LAX, met me for dinner when he got off work, which was nice.

June 22nd
As to the flight itself, in general, I'm pretty thoroughly disappointed in United. On flights across the United States they don't even give you free bags of pretzels any more. I think they provided an in flight meal in the transatlantic portion of the flight but it was of far poorer quality than anything I've had on any other airline in recent memory. And every other airline I've flown on transatlantic segments has complimentary wine, which makes it easier to try to remain comatose. And having had nothing better to do than sleep in a hotel the night before, I was unfortunately well rested!

Arrival in Turkey - June 23rd
For persons from America and a number of other nationalities, one can buy a Turkish visa in the airport. It costs $20 and takes about 30 seconds. This was my third Turkish visa stamp in my passport (:
My delightful Turkish associate Asli (whom you may recall from the Egypt adventures) met me as I exited the baggage claim area. As long as I'm dwelling on air travel in this entry I'll take a moment here to note that in most places in the world this part of the airport is kind of nice -- in the US (at least JFK and Newark airports), as an international arrival you finally get out of the baggage area (after being harassed by customs one last time) and are dumped into an area that looks like a smelly back alley crossed with a parking garage.

The first time I'd been in Turkey, in 2009, we'd foolishly taken the taxi from the airport into the town center. This time my trusted native directed me to the light rail system, which connects the airport directly to the town center. After a transfer in the city center we then boarded a ferry across the Bosporus strait to Uskudar (a part of the continuation of the Istanbul urban area on the eastern "Asian" side of the strait). A short walk up some quaint narrow streets, sometimes cobbled, and we came to Asli's apartment. 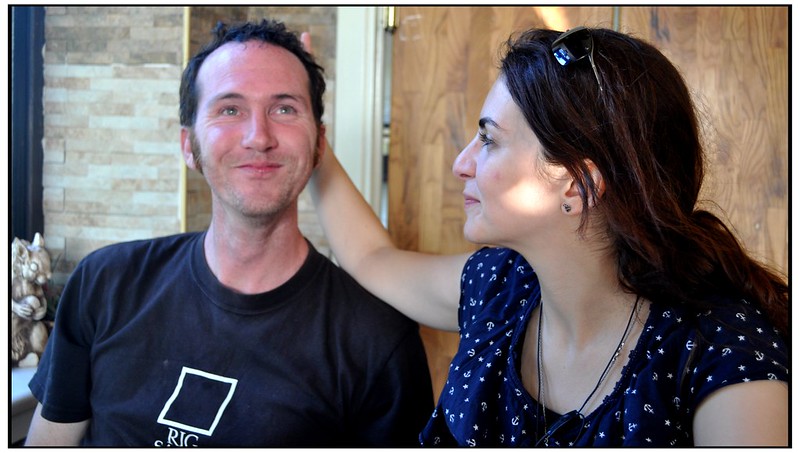 (not to be confused with the almost identical picture from Egypt)

Well that's an entry-worth just on getting there! And I think I'll stop there tonight and try to continue in the morning. I'm suddenly in a bit of a rush to get this trip blogged, since its only about 48 hours until my next one!!

Photos
Mini-set of the trip boiled down to 12 pictures.
The whole set of photos (98).