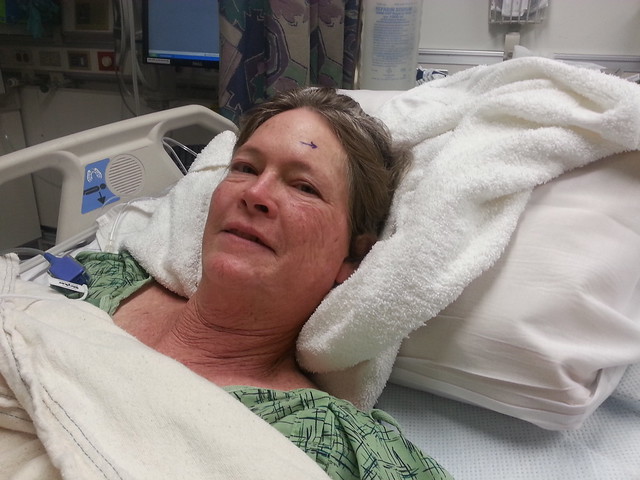 Well its two weeks since the surgery now. Hard to believe so much time has passed already, it seems like just yesterday!

I'm going to try not to repeat things I've said already, so here's Part I which I wrote about an hour before they wheeled my mom into the operating room, and Part II written the next day. 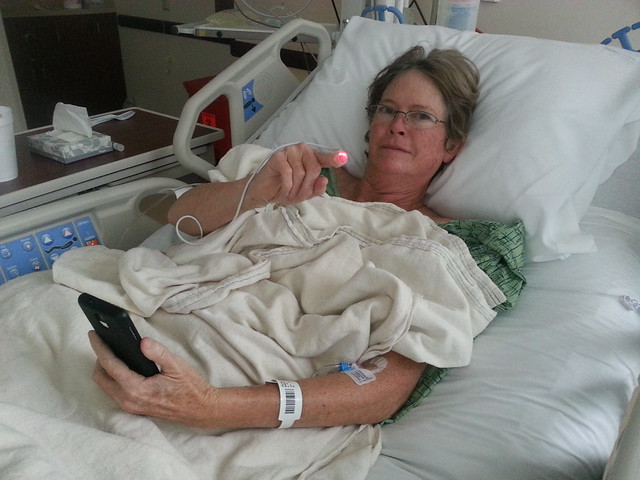 Now that some time has passed I can reflect on some more random moments of the whole experience. Dad and I were pretty much living in the hospital the whole week, just taking turns going home to shower and freshen up. We all stayed over the first night but thereafter we took turns (between dad and I and my brother Eric), spending the night there. Apparently Eric got the shift with the one really cute nurse (mom swears they had chemistry) -- some people have all the luck! ;D
Another interesting memory I have is that first night, all three of us in the darkened hospital room, lit only by the eerie green and red glow of various buttons and monitors, accompanied by the mechanical whirr and buzz of medical equipment, all three of us standing around mom and all busy on our phones communicating via texts with a huge network of concerned friends and family. 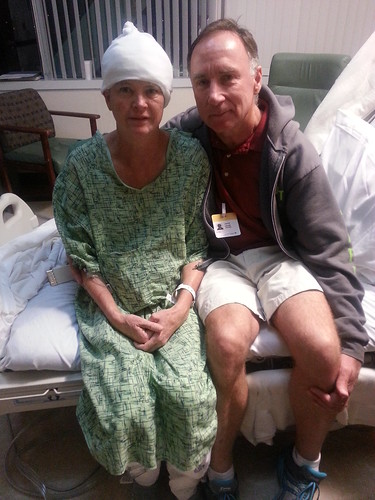 Dad wore shorts throughout the hospital stay, which mom thought was kind of crazy. I actually dug up some clothes I haven't had to wear since the december I spent on the Colombia river, and even then I was wearing four layers, because it was FRICKEN COLD in the hospital! Meanwhile it was sometimes in the 90s outside! 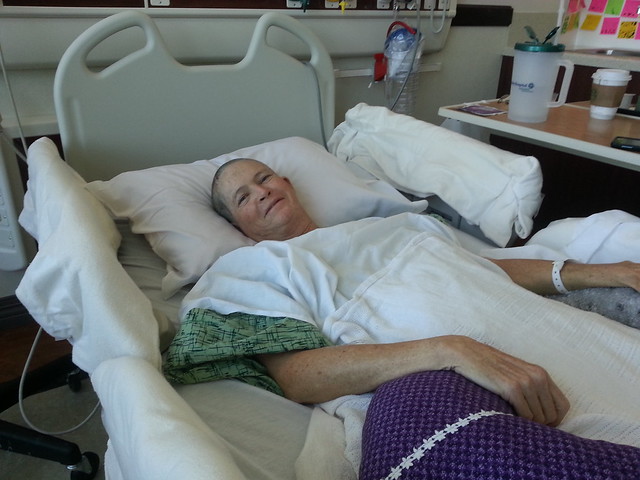 During those first two nights she actually said "maybe it would have been easier just to shoot me!," but as pictured in the above picture, she eventually decided she was glad to have survived. (:

Mom was sent home after about a week, now various physical and speech therapist types come by the house, but I think she's doing very well. Just this morning the physical therapist declared she probably doesn't need to come back. Also today she got the stitches out of her head.

And here she is from this past Saturday, 11 days after brain surgery, hanging out on the brig Pilgrim during our Saturday morning work party.
Interesting fact: I was probably at this very moment forty feet directly above her disconnecting the 1000 pound topsail yard from the halyard-chain it hangs from. ;D

She made a post-operation entry here where you can leave her a message yourself, or by following this link you can see some other pictures from the hospital stay (from dad's camera phone).