Yesterday - I froze and stared at the bloody tissue. People get bloody noses all the time right? _I_ don't get bloody noses, I can't remember ever having had a bloody nose before, but it's normal. But the doctor had called just the day before to confirm that I didn't have it -- "ebola." When I calmed down, naturally, I thought to myself "it's probably about time I blogged about ebola."

I'm not a worrier. In fact I am probably more on the side of more cavalier than I should be about potential risks. When I went to Guinea the outbreak was already making headlines, people asked me "are you sure you want to go there, with the outbreak?" but I did some quick math. There were, I believe at the time, about 300 cases of ebola, and Guinea has a population of ten million. The odds of me being the 301st person out of ten million? Not high. And then I got sick.

Ebola, in case you don't know, begins with the same symptoms as the common flu. Then you die by bleeding out of your eyes. There's no vaccine, there's no cure, and it kills 60-90% of the people who come down with it.

So the initial symptoms are soreness muscles, a sore throat, coughing. Conakry, the capitol of Guinea, is ground zero for the worst ebola outbreak of history, and I was in Conakry, and came down with sore muscles, a sore throat, coughing.
I'm not a worrier, I wasn't concerned at first. But in the month since then I would say its been one of the biggest emotional burdens of my life. 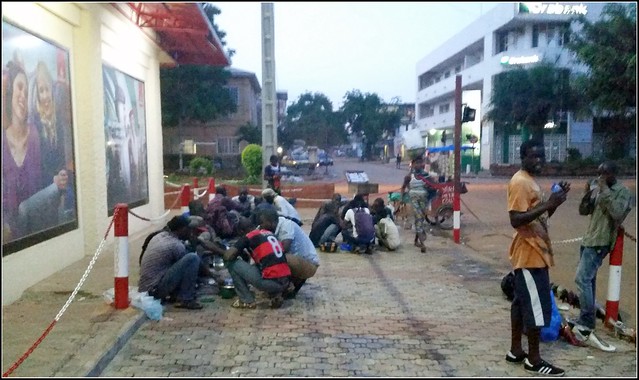 Being Patient Zero
Aside from the relatively low odds of getting it, purely statistically speaking, when I was still in Guinea none of the ancillary ethical quandaries had appeared yet. If I came down with ebola, I would be death number 653 or whatever the count was presently at, end of story. It was only when I wasn't in Guinea any more that I became haunted by the question "what if I'm infecting everyone??"
A friend suggested I get checked out before I left Guinea, and I brushed off the suggestion. It sounded like a good way to wind up in an incompetent third world quarantine, mess up all my travel plans, and increase my odds of actually getting it. It did seem plausible they wouldn't let me leave the country though, they shouldn't let me leave the country. I figured if they stopped me at the airport, fair's fair and they can check me out then if they want ... but I was still going to do my best not to look sick in the airport.
And then they just... let me leave. No medical check on departing the epicenter of the ebola outbreak while exhibiting the ebola symptoms. I'm very glad they let me leave, but, frankly, I don't think they should have let me.
As I sniffled and coughed and blew my nose on the flight to Paris, and then Frankfurt, and then Goteborg, I started to feel the first hauntings of "what IF I do have it?" To my knowledge I didn't come into contact with anyone sick, but we all ate out of communal bowls in the village, and at the hotel in Mamou where I didn't know anyone... what if I was spreading ebola across Europe??

I purposefully didn't mention "the E word" while on the ship in Goteborg. No need to get people unnecessarily freaked out. Then my sickness started to clear up and I worried about it less, though it was always there, in the back of my mind. 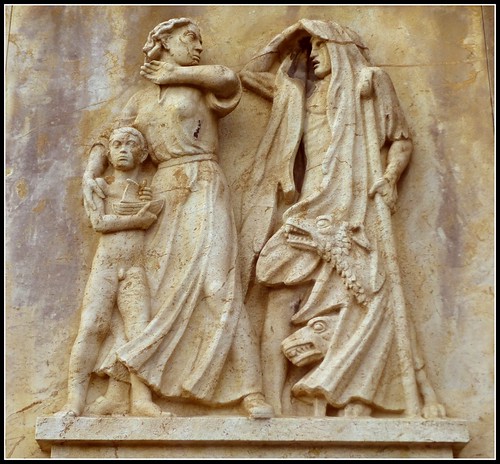 Relapse
Ebola has a 4-21 day incubation period, during which the infected person will not exhibit any symptoms. I was still well within that when I returned to the States. Suddenly, the day after I returned, my health suddenly rapidly deteriorated. I was trying to pack to go sailing for ten days on the brig Pilgrim, but all I wanted to do was lie down, and I had a headache. I don't get headaches. As I lay on the couch feeling miserable I listened to a newscast mentioning that all 300 peace corps volunteers in Guinea and neighboring countries had been evacuated. That's big, they don't do that often. I thought of the PC volunteer I had talked to, and the other one, who had taught my people beekeeping "but then he died." The newscast reminded me of the 21 day incubation period, during which there are no symptoms, and then suddenly it hits.
I'm not a worrier, but I think after having it in the back of my mind for nearly a month already it was wearing me down, and my very rapid breakdown in health and unusual headache, I was suddenly veritably terrified. And worst of all, if I had ebola I had probably already given it to everyone I knew and loved. That's... a pretty heavy thought.

We have a family friend who is a Norwegian doctor specializing in tropical diseases. They may not have many in Norway but he gets sent all over the world. We called him in Norway and after talking about my symptoms and such he seemed relatively dismissive about my odds of having ebola (I'm not sure why?) but was a little more concerned about malaria. Only ebola can make potentially having malaria seem like a good thing. (Interesting fact: malaria kills more people every two days than ebola has killed in thirty years).
Still though I managed to pack my things and get onto the ship 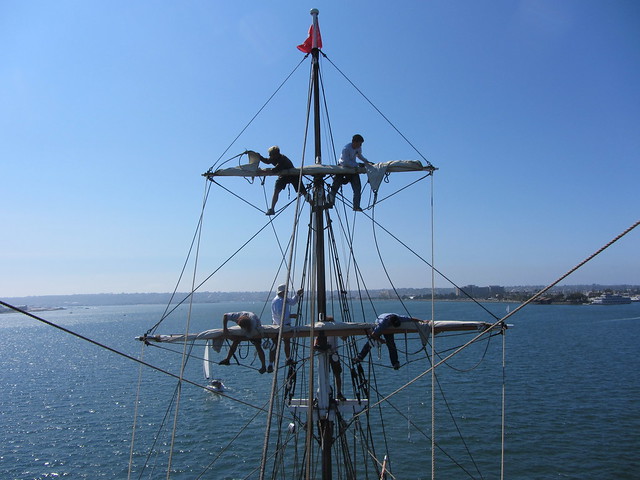 The Shunning
Another interesting aspect of ebola is that because people are so freaked out about it, people who potentially have it (in Africa) are frequently shunned. As such, people who think they might have it try to hide the fact. As such, people who DO have it go around while disguising the symptoms, and thus infecting people.
On the brig Pilgrim I felt free to talk about ebola and the emotional burden it had been on me, since I'd been told by a doctor that I didn't have it, and most of the 21 day incubation period had gone by anyway. Despite still being fairly sick I did my duty in every manner -- I stood all of my watches (four hours each day and four hours each night), and went aloft to help with the sails even when told I could sit it out.
But then when we arrived in Santa Barbara the organization's old curmudgeonly maritime director came aboard and much to my shock I was suddenly being told "there's some concern you.. may have been exposed to ebola ... and it would be best if you leave the ship immediately." I couldn't believe it, I was getting kicked off! I was getting shunned!


I saw a doctor as soon as I got home (by train), to be certified ebola-free, and sure enough I had nothing more than a sinus infection. I now have a doctor's note saying I don't have ebola.

Despite this, as mentioned at the beginning of this entry, a day or so later I had a good minute of alarm when I had a slightly bloody nose before I convinced myself that it was really probably nothing. This whole thing has made me kind of... jumpy about it.


Ebola in Popular Culture
Meanwhile a lot of people have been posting things about ebola on the "computer internets." I feel a little rift between myself and my own friends who post about it -- to them its a really far away news story, to them its a thing I haven't been able to be sure I don't have. And so when my friend blithely posts something like this:

It kind of irks me. I've seen a few things like this, people basically saying "hey its not that contagious." I just want to say, hey, it isn't like AIDS, you don't have to have sex with someone to get it. Do you see AIDS doctors wearing the same hazmat suits you see ebola doctors wearing? No. Because I could have gotten it from a passerby's sneeze, or someone's sweaty palms during a handshake.
I also see newscasters smugly saying "oh it couldn't come here, it couldn't spread here," and I think, I dunno, I came through the airports to get here with the symptoms, and even if I hadn't I could have been incubating, and then we could all be giving eachother high fives with sweaty palms...


Long story short, this past month has been very emotionally draining on me. Today is day 21, I officially don't have ebola. It's still out of control in Africa though, and it is a scary thing, let me tell you.