I wish I had known the above painting existed at the time I wrote my Crossing the T entry! It portrays exactly what I was describing, but being done historically. The pictured vessel is becalmed and in order to make way it both has its sweeps out AND has a smallboat in the water trying to give it a tow!

(from this fine little collection of paintings of sailing ships)

And while I'm on the subject of pictures that should have been entries, I had meant to include this in the last entry about Gallipoli, but in the end it didn't fit, I think the entry would have been too picture heavy with a third picture, esp as he was a main character, but recall Vognsen, as in "The man immediately to his right, Vognsen, was hit as soon as they came over the lip, falling backwards with a muffled yelp." This is for him: 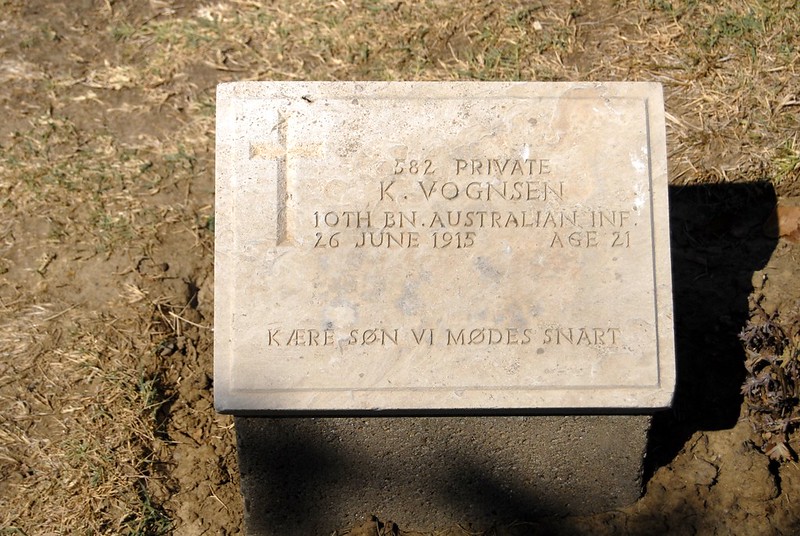