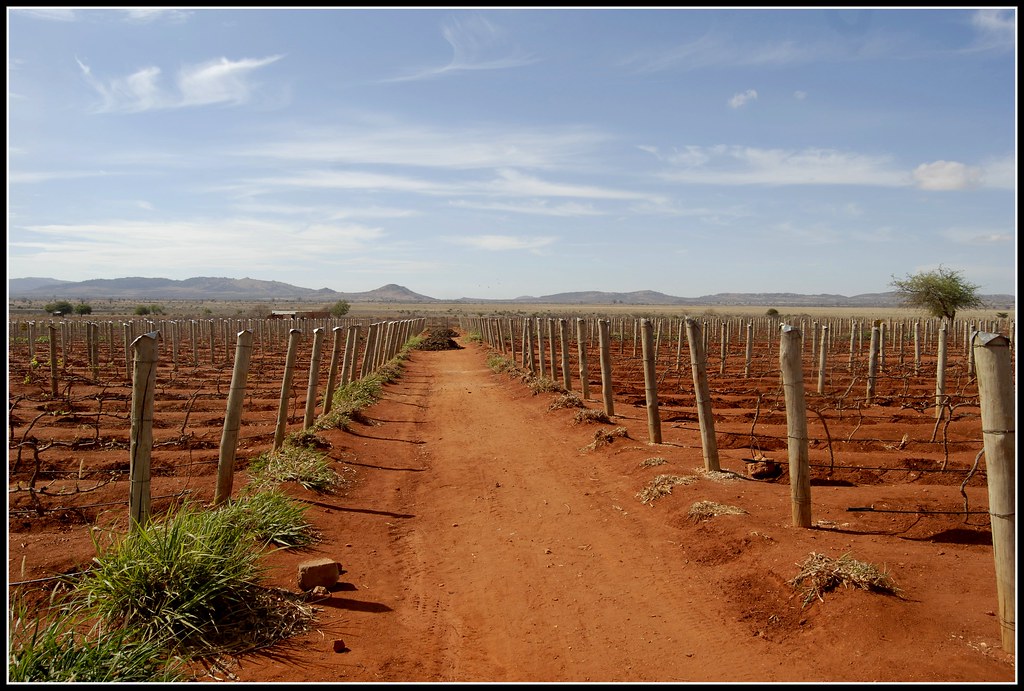 So "Roadtrip Tanzania" took us from Arusha in the north down to Dodoma in the center of Tanzania. Google maps optimistically calls this a five and a half hour drive, but we took two days getting down there and on the return trip we drove pretty much straight through with barely even a hasty stop for lunch and it took us an entire day. 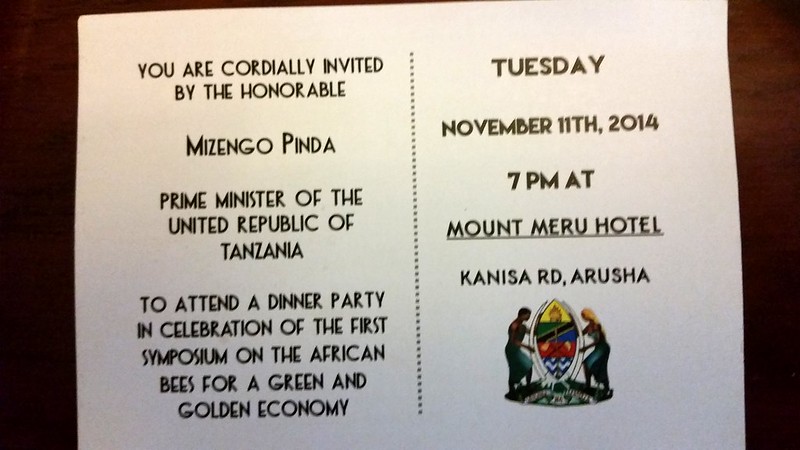 Dodoma is a relatively small city, / big town (pop: 410,956), but because it's in the center it is the capitol of Tanzania. Mizengo Pinda is the Prime Minister of Tanzania. And I don't know much about his politics but I can say this: he is a beekeeper. Not like Obama, who "has" a beehive in the sense that he had one put on the White House grounds, which don't get me wrong is pretty cool, but Mr Pinda apparently takes an active interest in his bees and has been known to go off on tangents about them at meetings. And he went to a bee conference and invited us all us bee people a soiree!

I think maybe to solve the world's problems, instead of concentrating on teaching poor people beekeeping, maybe I should start a programme to teach world leaders beekeeping. Can you imagine Putin and Obama sitting there glowering at eachother, as they do, until finally Putin says "hey what have you been doing to keep your bees from getting nosema?" and then Obama lights up and leans forward to explain his latest techniques. I could see it. ;D 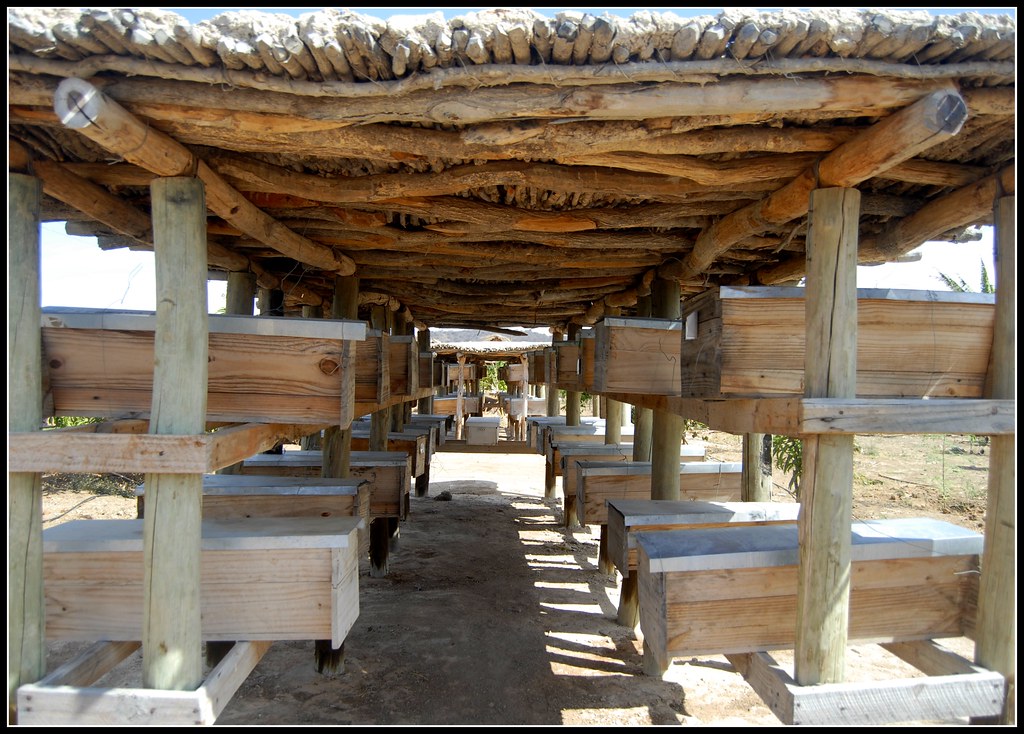 Anyway near Dodoma is Mr Pinda's personal farm. He has over 400 beehives in sheds like the above, as well as acres of fruit trees (mango, guava, banana, pineapple etc etc). 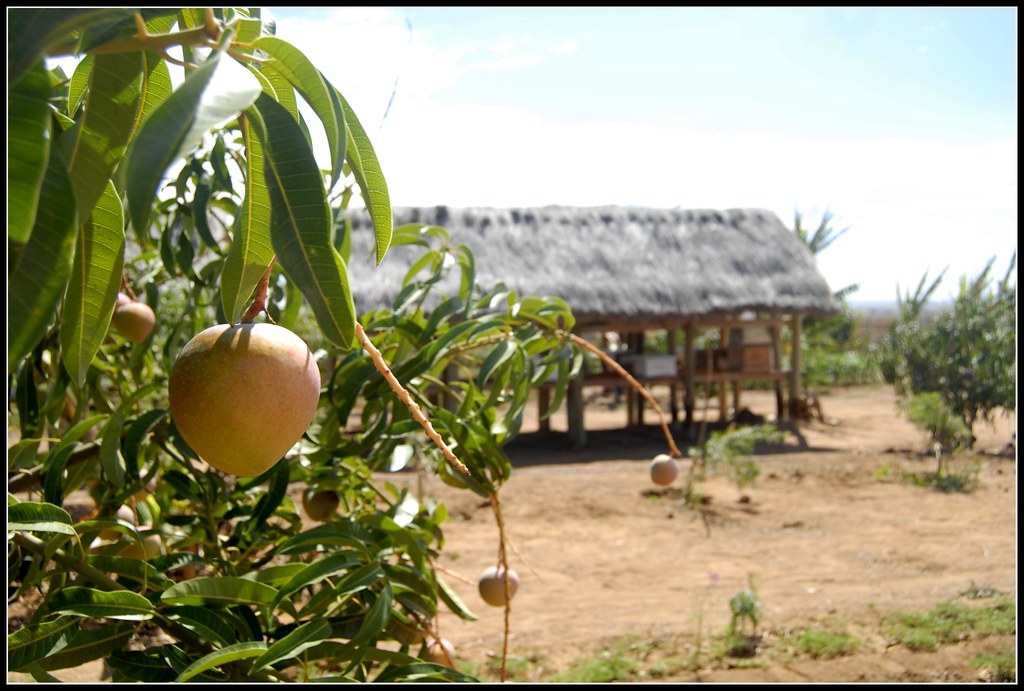 My friend Shimon, from Israel, acquired a guava from the farm (with permission of the farm manager). He distributed the seeds to myself, our friend Doug (from Washington State), and himself, so we'll see if we can all have a memento guava tree ... though I'm not optimistic about the Washington one. 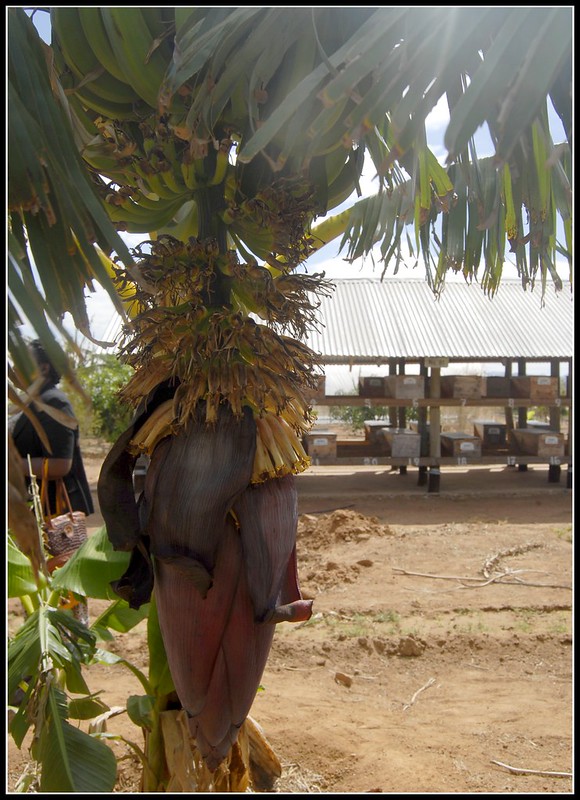 And this is where bananas come from. I knew that but I was surprised to learn that each banana tree grows in one season, makes one giant flower and one bunch of bananas, and then dies and grows again from the ground up the next year. 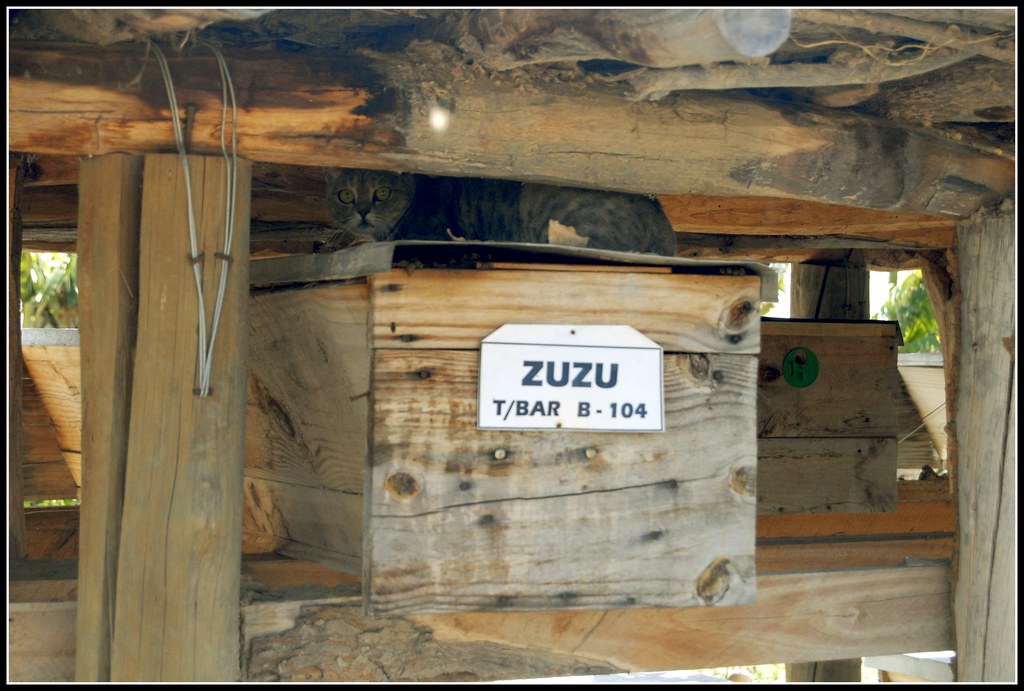 Also there was this cat I almost didn't see, resting on top of a beehive. I think of it as named Zuzu, though every hive is labeled that (don't know what it means). 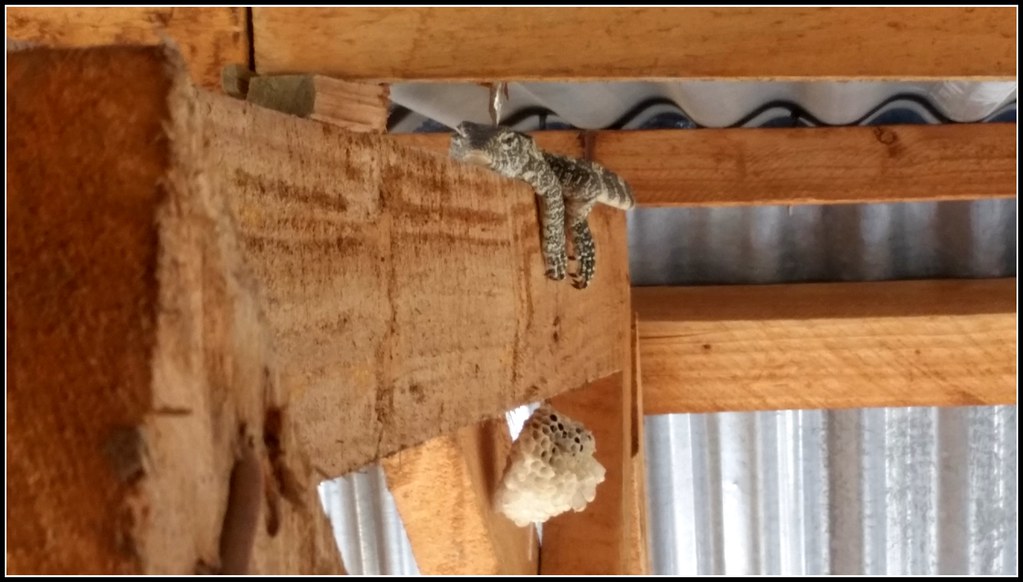 Also this large lizard. I'm not sure you can get a sense of size from that picture but it was at least as long as my forearm. 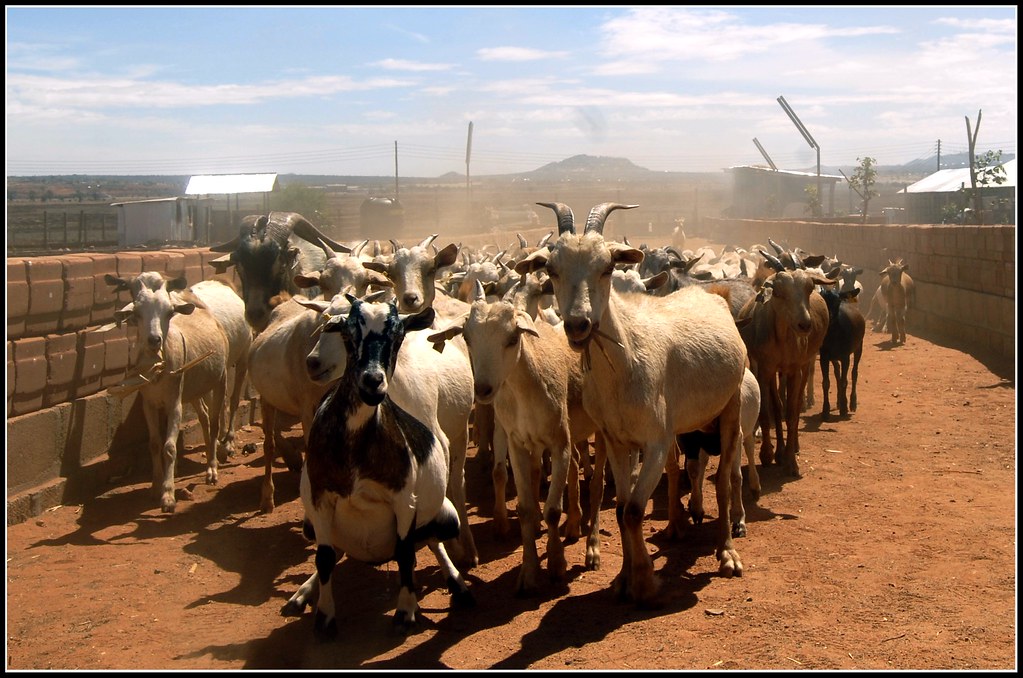 And of course goats.


( All pictures from the farm )