To break from the narrative again, presently I'm taking a creative writing class at the local community college. Or at least trying to. So far I haven't been able to actually sign up for it officially, because WR 11 "Writing Short Fiction," has a prerequisite, and unlike real college where you could ignore prereqs at will, the system won't let me register without taking WR 201 "Intro to College Writing." And what's more, I can't sign up for THAT either, because THAT hasa prereq: WR 301 "Intro to Writing." And furthermore, THAT has a prereq: RD 370 "Reading for Success," which has a corequisite, RD 371 "Reading Lab." ... are you freaking kidding me?? That sounds like a kindergarten class! I sent an email to admissions politely asking if since I have a bachelor of arts degree I can be excused from "intro to college writing" and everything prerequisite to that. I'd think at most they'd maybe want confirmation that I have the degree, nope, they want me to have my transcript sent to them with the classes that meet the requisite requirements highlighted. But even if I didn't have that to go on, are you kidding me they want people to successfully pass four dumb classes before they'll be allowed to try writing short fiction?

But that's not the rant I meant to write right now. Actually I wanted to share something I'd written for class. The teacher has obligingly allowed me to fully participate while we try to figure out if I can be excused from fingerpainting "reading for success." 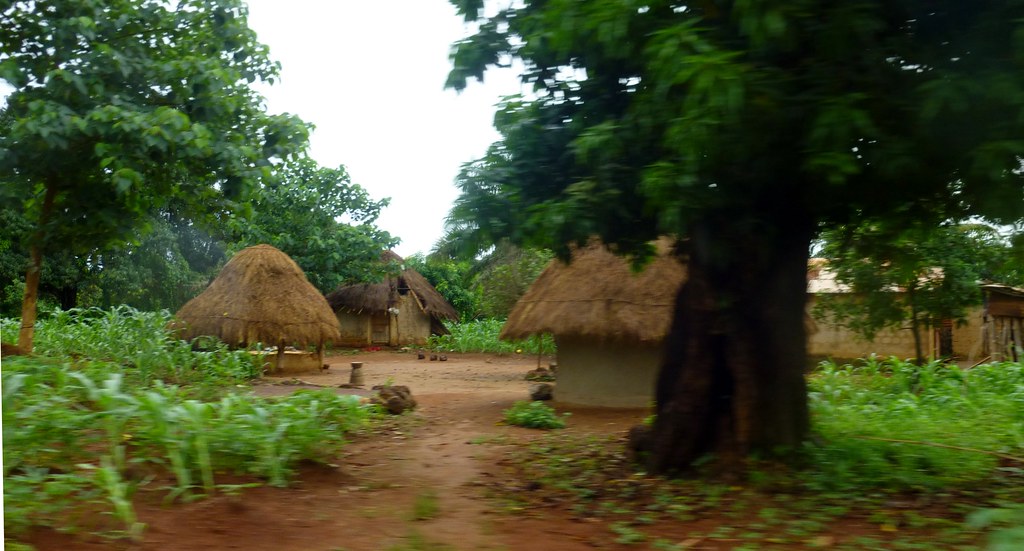 The following is for an assignment where we were to describe a character by their actions rather than extensive physical description. It's not actually fiction but shhhhh. Takes place during the Guinea project six months ago:


There’s an App For That
We’re sitting on the porch in the dark, just watching the rain and the constant lightning that flashes silently over the corrugated metal roofs of the other cottages in the village, when an idea strikes me. I take a little notepad out of my pocket and write the word “stolid” in it. Within 24 hours my only pen would be lost, and this would be the only word in the notepad two weeks later. It was the appropriate word to describe Baro.
The long warbling call to prayer suddenly breaks out, from Baro’s phone.
“Come, let’s break fast.” He says to me with a smile on his stolid face. Other people are already coming by, someone hands us umbrellas, and we step onto the volcanic gravel of the village paths, while the rain pours down around us in big fat cold drops. Baro hobbles along with a pronounced limp in his left leg, we make a little informal procession under the umbrellas, around some cottages, between tall stalks of corn, past some round thatched huts.

Tea By Moonlight
Most days, if it wasn’t too wet, Baro would spend the hours after the breaking of the fast tending a teakettle over a little fire of coals, squatting just off the porch for hours. He made it from loose leaf tea, repeatedly pouring it from the kettle into a tin cup and back into the kettle. He’d spend an hour or two at this, like a long slow ritual, as the moon slowly rose overhead. With no electricity, you become acutely aware of the phase of the moon, especially since Ramadan and fasting wouldn’t be over until the moon finished its cycle.
With nothing but the light from the moon and the stars, and the orange glow of the coals under the kettle, I would think about how very much like his nomadic ancestors Baro looked at this moment.

Venn Diagrams
Later, when we’d gotten a generator that growled away under a nearby tree, Baro gave a presentation on business planning, standing in front of the room in slacks and a collared shirt, pointing with a pointer at diagrams he’d drawn on a giant flip-pad of paper as he explained them in French to the attentive audience. Flow charts, cluster-diagrams, key words, it would have fit in just fine in any board-room.
As he hobbled out of the building his eye caught an herb he recognized in a thicket by the path. He slowly bent down and plucked a sprig, holding up, with a broad smile on his rounded face,
“This is very good for blood pressure!”
“This is very good for digestion!” he’d say later about a different herb.
“This is very good for achy joints” he’d say still later, proudly holding another sprig of foliage. And then he acquired some aloe vera, somewhere, and attributed all of the above and more to it. Thereafter every day after the breaking of the fast he’d carefully, lovingly, ritualistically, slice off a sliver of his tapered aloe vera blade and eat it like it was the sacred wafer.

Connections
One of his proudest possessions was a book sized solar panel, with which he could charge his phone. He’d prop it up on the ground when the sun was shining and collect enough energy to make a phone call. Once a day he called his family, back in Mali. Born in Timbuktu, he’d recently migrated to Guinea to avoid the instability back home. I wondered how long it had been since he’d seen them. I also wondered if we’d be able to get out of Guinea ourselves, with the burgeoning ebola outbreak in the capitol, Mali could become our only way out. He offered me some aloe vera, but I still got sick, and ended my stay lying in bed in the capitol, coughing, listening to the rain and the long warbling call to prayer. 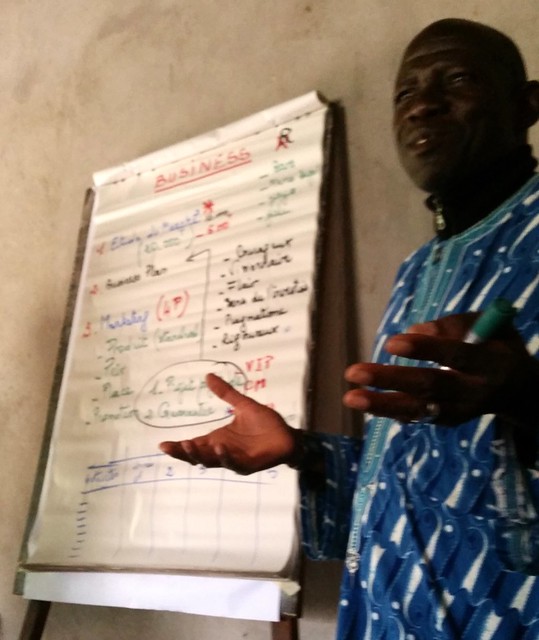