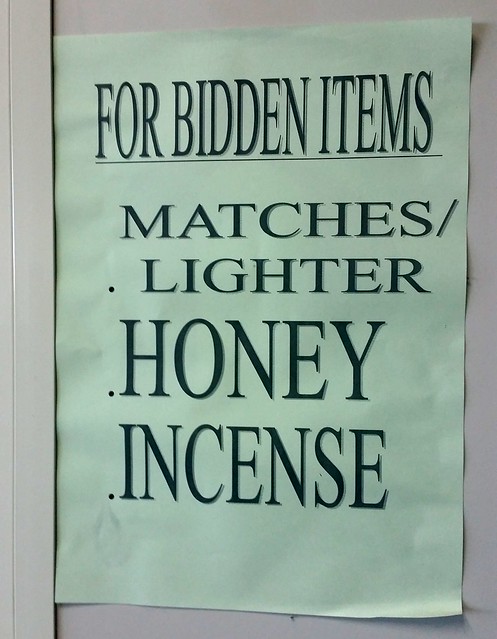 Wednesday, December 3rd 2014 - The evening before I had called the Dessie Hotel in Addis to book a room and arrange for them to pick me up from the airport, which is noteworthy because when I said "ten o clock" the receptionist asked "local time?" and I said "yes," assuming she meant timezone, but then, fprtunately, she thought to clarify by reiterating saying "so that's two hours after noon?" which confused me for a second. Then I realized, LOCAL time, is the local reckoning of time, which starts at 6am. All across Ethiopia you see clocks set this way, it really is a thing, "one o clock" is what we'd call 7am, "twelve o clock" is 6pm. Additionally the year has 13 months and it is currently 2007.

Took the hotel shuttle to the airport in the morning, the most noteworthy thing about this was that the guy who had been sitting at a desk in the Ethiopian Airlines office in town the day before and had helped me change my ticket there was the very same guy who was now behind the check in kiosk. I guess it makes sense that with only a flight or two a day the same people who work in the office downtown would work at the airport but it kind of felt like seeing double. 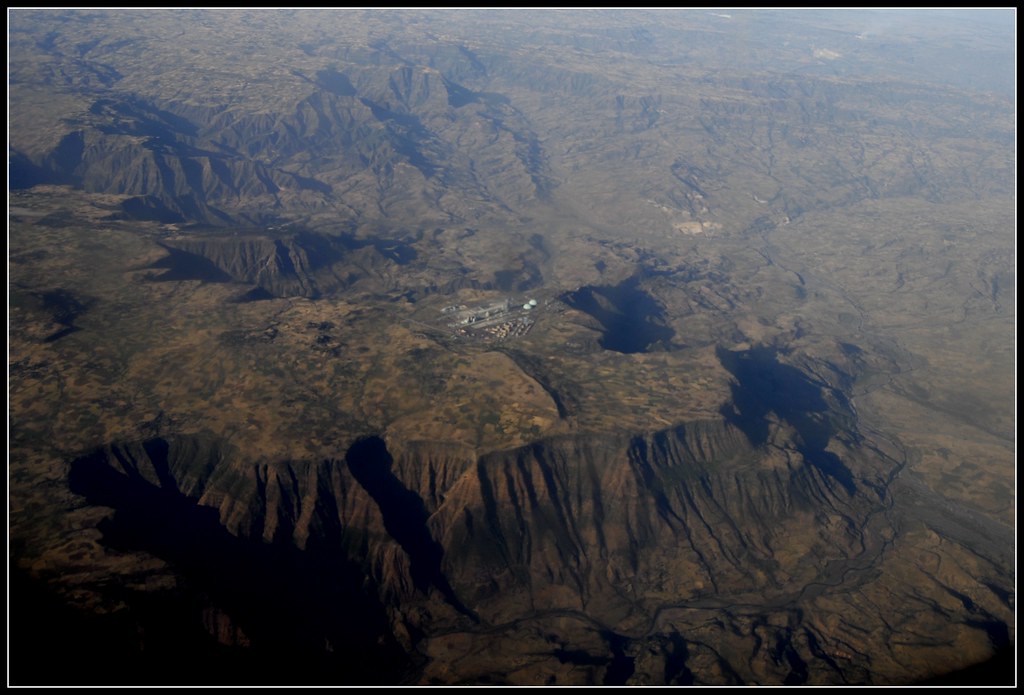 I had gotten an earlier flight in the day because I didn't know when Mulufird, the important government official I wanted to meet, would be available. So I arrived and looked at my phone and was utterly mortified to see the previously mentioned accidental "NO!" I had sent him. My terror was compounded by the fact that he didn't respond for a few hours on this morning, leaving me wanting to crawl into a hole for hours. When he did respond he said he was actually busy, leaving me unconvinced that he hadn't developed a loathing for me, but he gave me a contact for the University of Bahir Dar, which I was visiting the next day, and when I got there I found he had actually sent word to him that I was coming and it seemed to be he put in a good word for me.

In the mean time I visited the National Museum, which was nice, but the Ethnological Museum which I visited a few days later was definitely much better. The National Museum had some stuff pertaining to the more recent emperors on the first floor, lots of more general cultural stuff in many different categories on the second floor, and art on the third floor. There was an exhibit about Lucy, the famous 3.2 million year old homonid -- the bones are in the museum, but only a plaster cast of them is available for viewing, which would have been good enough for me, but it was unfortunately closed. ):
And then, amusingly, I accidentally crashed the grand opening of a new exhibition. I wandered into this exhibit on evolution in the basement that seemed to be open and after awhile a young caucasian in a suit jacket and bow tie came and politely informed me in a thick French accent that they were asking everyone to please leave the exhibition but we'd be allowed back in "after the speeches."
"Speeches?" I asked, "why?"
He laughed and said it was the grand opening of this exhibition, which apparently had been a collaboration between a French university and the National Museum.
So I went outside and found many people with bow ties, many looking scholarly, milling about chatting with eachothe. There was a table being set up with glasses of wine on it, but I was already feeling enough like a party-crasher without poaching their wine. I would have liked to stay for the speeches but unfortunately I was getting really uncomfortably cold because evening was getting on and I hadn't taken my jacket (throughout this trip I was stuck carrying my jacket when I didn't need it and not having it when I did). Also, I had a date ;) 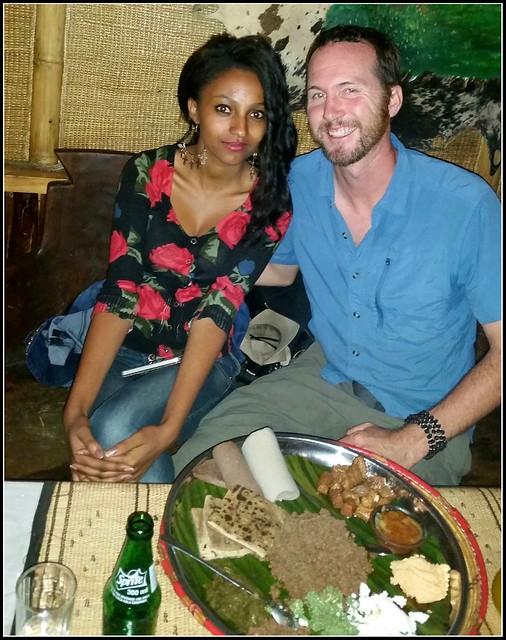 I already posted this picture of Rahel, but that was like two months ago, so here she is again!

I had made plans with the gorgeous Rahel, who, along with her sister, had shown Doug and I around town our first day in Addis. Now getting around in a country where most people don't speak English can be interesting but it usually works out. In this case I walked out front to where several guards in blue-ish camo toting submachine guns were standing around. I asked one where I could catch a taxi and he enthusiastically led to one of the guards who spoke better English, who flagged down a taxi for me and translated between myself and the driver. As easy as that. Also sometimes one expects soldiers to be a bit gruff, in West Africa tehy always seemed to have a chip on their shoulder, but these guards all seemed downright enthusiastic about getting me sorted out.
Rahel had suggested we meet at "the Beer Garden," which at first I was like "okay, what beer garden?" as one does ... but it turns out there's only one beer garden in Addis Ababa and it's called "Beer Garden." She doesn't actually even drink but it's a German Restaurant that occupies the first and second floor of a hotel building in the Bole district near the airport. Once again not having access to the ease of instant messaging we've come to depend on, my plans almost fell apart, since I couldn't communicate with her. Twenty minutes after the time we had set for meeting there was no sign of her so I once again risked a wild international roaming charge to call her, and found out she was waiting for me on the second floor I hadn't known existed!
Anyway the food was delicious, I had some kind of gravy covered dumpling thing with pork, I think. And though Rahel abstained I tried their beer (they were a microbrewery too of course), which I found entirely satisfactory.
And then once again she helped me sort out a taxi back to my hotel. If I recall correctly I actually had a very good conversation with the taxi driver. And the next morning I was off to Bahir Dar, which is definitely an entry of its own!