Day 10 - Sunday, September 6th - We had to go back to the town of Labe to visit the cybercafe to do some paperwork, so I declared that we should re-visit Sanpiring while we were there (since you'll recall our previous visit had been sadly cut short).
Arriving in Labe (an hour from the village of Doumba) I was startled to find that my backpack, which I remembered loading up with my laptop and all other valuables to take with me, was not in fact with me. This is a bag full of things I try to have on me at all times for their safety, and now I was imagining it sitting unguarded on my veranda in the village! We tried calling our host in the village but couldn't get through.
So I didn't have my laptop, and also my phone would not turn on at all. So things weren't going that great. Anyway after what seemed like altogether too long we were finally finished in the cybercafe and proceeded up to Sanpiring (which is just 10-15 min away).
As we arrived there it began to rain so we took refuge in Abdul's living-room and ate. Now, I was acutely aware that I had an entourage of four: Damba (interpreter), Kamera (the driver), as well as the two training technicians from the national beekeeping federation (Khalidou and Aissa). And on top of this I couldn't talk directly to anyone other than through Damba's interpretation. So we were all sitting in the living-room and I couldn't very well keep a conversation going and the other four were all looking bored, and shortly after we finished eating Damba said hopefully to me "we will leave when it stops raining, yes?"
And so we did. It was good to see everyone in the village again but the festive excitement of last week was gone and I felt kinda bummed I couldn't just relax and hang out there because I felt like I had four bored people on my back.
Oh well. Next year! d:

On the bright side I returned to the village to find my backpack safely inside my locked room. And my phone turned out just to have had a dead battery and to have failed to charge in the car. 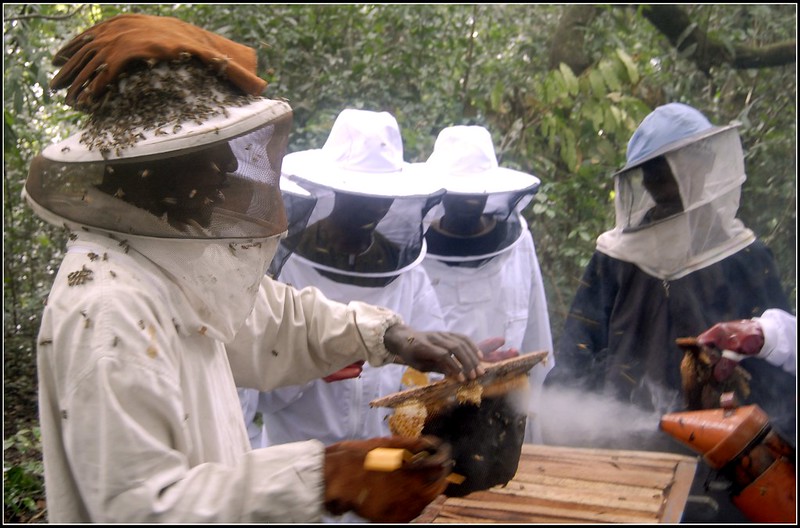 Day 11 - Monday, September 7th - The President of Guinea was in Timbi-Madina just five kilometers down the road. Not the beekeeping federation president but the gosh darn president of the country! Also the beekeeping federation president, but he lives there.
Most of our participants were present, but the president of the village beekeeping co-op came by and said "if anyone asks, no one was here today. Everyone was in Timbi-Madina to see the President. I don't want them to think we're disloyal." (see also in the entire history of Guinea there has only been one free and fair election ... which was the last one, so it remains to be seen if the election this upcoming October is without shenanigans). 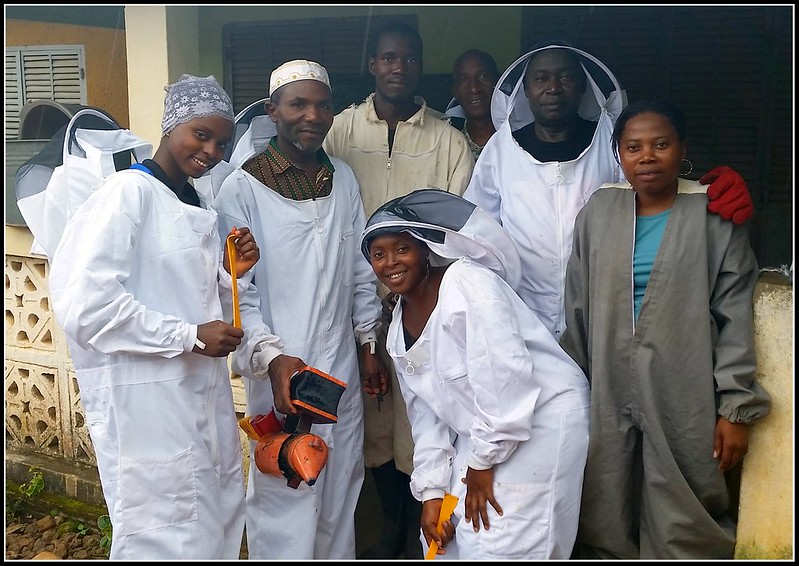 I had brought twenty hive tools (the yellow metal tools you see people holding in the pics) but I had actually dropped one myself by some beehives in a grove of trees in the middle of the village, so on the afternoon of this day I went looking for it accompanied by little Souleyamane (6 or 7?). As little boys do he kept trying to talk to me undeterred by my complete lack of understanding, so I just said "mhm?" "really?" and "is that so??" every now and then. We found the hive tool and then as I was headed back to the house I ran into Ismatou on her way to the Karafou accompanied by two little girls, she invited me to come with her so I turned around and with our now three little childrens paraded back toward the karafou.
We sat there for awhile, she turned out to speak a little bit more English than I'd thought and we were kind of able to hobble along a conversation. Then we headed back home ... and at just about the same place I'd run into her we ran into Damba and Kamera, themselves headed to the Karafou! I thought about turning around again if for no other reason than it would be funny but didn't.
Back under the orange tree we were joined by some of Ismatou's cousins and friends and absented herself for a short time and returned with a cucumber salad which we all snacked on as the sunlight faded away. 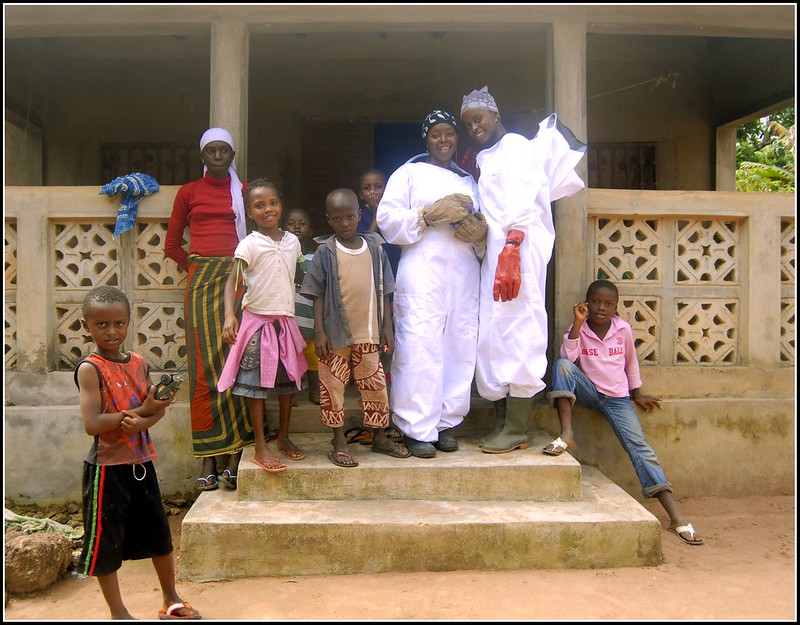 That evening I brought up to Damba that it was my intention to leave the 20 hive tools with the participants, but I didn't know what to do since there were more than 20 participants. I'd have liked to give them simply to the 20 participants that had had the best attentance but I don't think we were actually keeping a daily attendance. Damba suggested that there were four villages represented among the participants so we could give give to each village. I wasn't terribly excited about this since there were probably something like 32 people from Doumba and 1 person each from the three other villages and it seemed kind of ridiculous to leave only five among the people here and be sending some people off with five to hopefully distribute to other people who had nothign to do with it. I really sort of intended the hive tools as specifically a present for people taking the class, not as a commodity to be distributed, so this whole distribution scheme smacked of socialistic institutional kleptomania, imo ... but again I couldn't think of any other way to distribute them. And 20 hive tools already weights something like ten pounds so I'm not going to bring 40 next time.

And THEN Damba later informed me that they had found there to only be 18 hive tools and he wanted to severely chastise the whole group the next morning for allegedly stealing them (every time we went out to hives I handed out hive tools to the people comign along and originally this had been my intended way of distributing them, it was only after a few days of this I realized that the individuals weren't actually keeping them). I was somewhat mortified by this prospect of Damba chastising them and assured him that I didn't want any negativity and it would probably be best just to make no mention of missing hive tools whatsoever. This course took some convincing of him and I almost wanted to just tell him that I just remembered I'd only ever brought 18 just to get him to stop dwelling on the alleged theft. 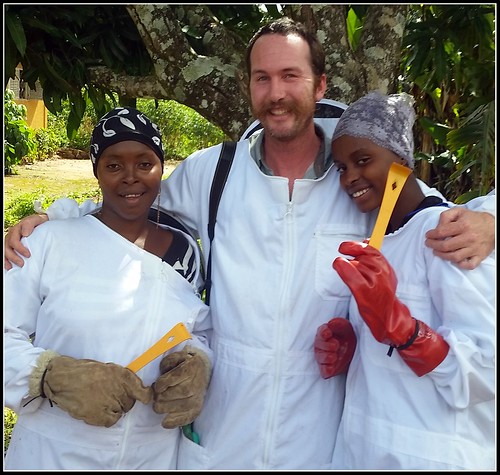