Well with all these gosh darn refugees being let into the country I'm moving to Australia! 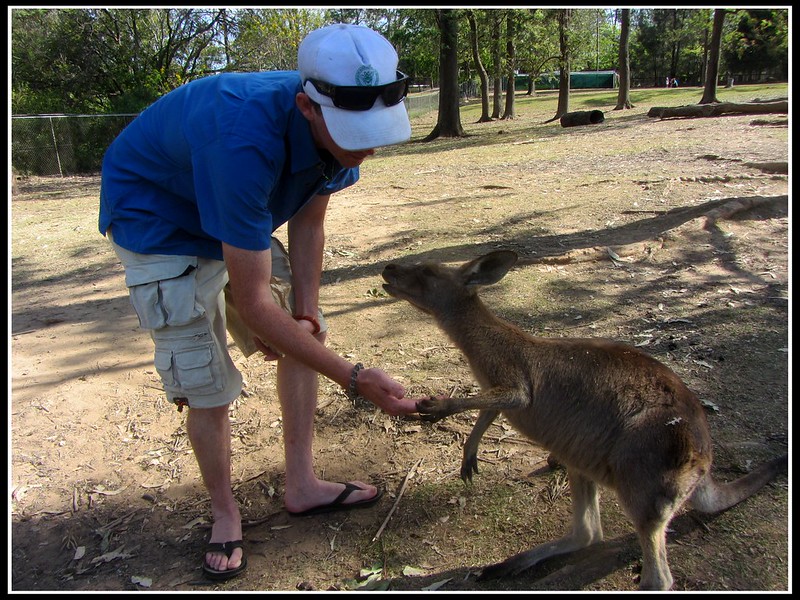 ...to help refugees (: Which has nothing to do with any situation real or imagined here in the States. Did I get your goat for a second?


This upcoming Wednesday I will be returning to Australia, where I have been offered a job running a project to train refugees there in beekeeping skills. I'll be in the Melbourne area (near Geelong, specifically), which it turns out is on just about the southernmost part of Australia (further south than "South Australia"). It turns out I guess there's a lot of refugees (primarily Sudanese and Somalian) that have been settled in this area but they have trouble finding employment in Australia. Incidentally Australia also seems to have a shortage of beekeepers, as I've noticed with the large number of beekeeping jobs posted there. So training refugees in beekeeping should be win win. And I've always much preferred training over for-profit beekeeping so I'm very excited.

Visas are a pain but my employer is working on getting a long term "skilled migrant" "457 visa," which we're optimistic about.

Calendars
In mostly unrelated news, I mentioned I was trying to make a calendar to sell for fundraising for Bee Aid International. I had hoped to find a website that would take and ship orders directly (like CafePress does for anything except monthly calendars it seems), but could find no such site, so I need to get them all shipped to me and mail them out individually myself.. before I leave on Wednesday! Such sauce. Anyway, please contact me if you're interested in one! I'm selling them for $20, which goes to Bee Aid International.

Things I'm not looking forward to
UV Index always in the "extreme" category
Suicidal kamikaze kangaroos
People putting god damn eggs on my god damn burgers even when I tell them not to.
People saying "yous" as the second person plural (instead of the obviously correct "you guys")
The completee absence of brewed coffee. It's like Aussies don't realize there's coffee that doesn't require an espresso machine. Also the idea of simply putting coffee on ice on a hot day seemed baffling to locals last time.

Things I'll miss
In-N-Out
American style pizza (none of this thin crust crap, I don't care if it's how they do it in Italy, Italians don't know how to make pizza ;D )
Being able to log in to netflix and pandora without having to monkey around with some sort of dark magic called "VPN switching" or something which will make it look like I'm still in the States to the servers

Other Things that will happen:
People who say "no worries" in every sentence.