There are literally tens of thousands of official livejournal communities. About ninety percent of these are probably "ratings communities" -- communities where one must submit an application and subject themselves to the ratings and harsh criticism of existing members before being accepted (or rejected) to become one of these members ... for the sole purpose of doing it to others.
I got this idea about a year ago -- what if one creates a community where one rates communities. That will give one a chance to tell all the lame ones what-for!
And the "business model" makes sense -- many of the ratings communities have a requirement that applicants promote them in another community, so if one were to name-drop this one in another promo community (yeah there are communities dedicated to promotion of communities), people will flock to it to promo their own by being rated.
And so

ratecommunities was born. The picture above is of our expert tribunal in session.

12 communities have been rated so far:

ehippy
Mentality: insipid
Other: A rating community for hippies??!? Are you fucking kidding me?!
Verdict: Totally lame (F)

ucdavis
Mentality: nuggets of intellect packed in blog bilge
Other:

1tophi is not self-declared king.
Verdict: (B-)

hot_or_die
Mentality: banal
Other: "when judging you should ask yourself the following questions
1) is this person hot, or should they die?"
Verdict: Totally lame (F)

we_miss_u_fittz
Mentality: missing
Other: subject Fittz' are blogging from beyond the grave now.
Verdict: Awesome (A)

(Slightly) more detailed reviews of these communities are in the community already. Presumably when we aren't doing as many at once there'll be even more information put out on each one.

If anyone else would like to get involved in this brilliant project we currently need some more judges.

Picture of the Day / Year Ago Today 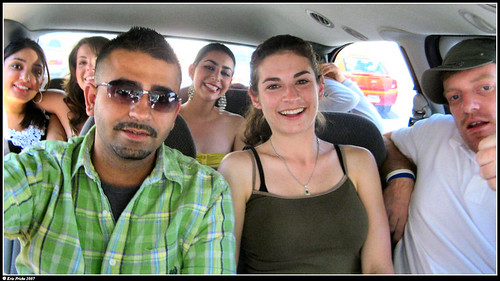 Epic Roadtrip 2007: Day 2
- We temporarily fill the "Cornucopia Van" with friends we caught up with at Vegas!
This day we nearly died in the desert; bought gratuitous amounts of energy drinks; frolicked in Vegas for a few hours but then continued on our way; drove across the Hoover Dam and on into the night (right through Flagstaff, incidently, but thats the next day by then)
Tags: 30 in 30, phase 4, ratecommunities
Subscribe