Last Tuesday was the solstice. I used to call it the summer solstice but now it's the winter solstice for me. Websites like Timeanddate.com refer to it as "the June solstice," but I don't terribly like the sound of that even if it's always in June. Northern Solstice I suppose would be most accurate word for it, since what it marks in actuality is the most northernmost zenith of the sun, when the sun is directly overhead the Tropic of Cancer somewhere for a moment before starting its long corkscrew back south.

As it happens this moment was at 8:24am my time, this past Tuesday. I believe it was at 22:24 Monday, Greenwich Mean Time, and actually occurred somewhere East of Australia (well three and a half time zones east).
I found it kind of neat that unlike events such as midnight, New Years, which rolls around the world hour by hour, the moment of solstice is of course the same all the way around the world, since it is a specific moment in time. And yet despite this, it occurred for me on Tuesday but for all of America it was Monday at the time.

I've found myself really looking forward to the solstice ever since, well, the equinox. Practically counting down the days. There are a few reasons for this. (1) Being as I work in an agricultural industry in which much turns on the season, yet I'm not quite familiar with when the seasons begin and end here in Australia, it is my clear signpost to the progression of the seasons;
(2) I'm finding the Australian winter really depressing! In the United States winter is bracketed and punctuated by holidays -- Halloween kind of heralds in the season of crispness, then just wwhen you need another pick-me-up there's the warm cozy over eating and family time of Thanksgiving, and then in the deepest darkest of winter there's Christmas and New Years ... and in Southern California anyway pretty much from there on out you forget it's winter even though I guess it continues till Easter (:
But here in Australia Christmas and New Years fall weirdly in the middle of summer and the whole long stretch of actual winter is completely devoid of big holidays to look forward to. It's really making me realize how much having holidays to look forward to distracts from the lengthening nights and shortening days. And so, like some kind of "gosh dang pagan" I find myself fixating on the solstice.

Also this solstice happened to coincide with a full moon, which was kind of neat. I admire the clock-like ticking around of the moon every thirty days and the precise angular movements of the solstice, though I'd hate to be mistaken for some kind of hippie who attaches some sort of voodoo "spirituality" to these occurrences. Perhaps more on this in a future entry!


PS: Unfortunately I'm falling a fair bit behind in this "30 in 30" thing. To be fair ever since Monday when I posted the last one I had something to do immediately after work and just literally didn't have time to sit and write something. I suppose I'll just continue after the end of June to try to get 30 entries out as soon as possible.


Totally Unrelated Pic of the Day 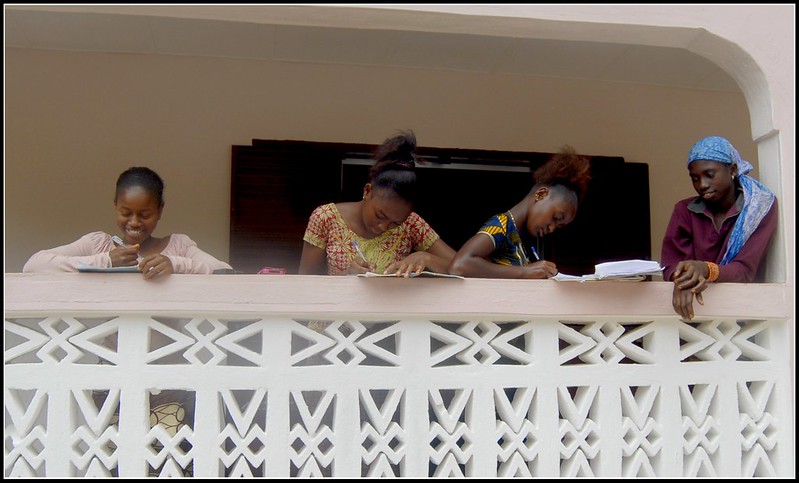 This one didn't quite make the cut in the Guinea entry but I kind of liked it. The teenage girls of the village are doing their homework on a balcony. Even in remote African villages, homework happens!