March 31st, 2016, Kenesh Village, Kyrgyzstan, Central Asia - Lying on the little hard bed, wrapped in blankets like a burrito against the cold early spring morning, I wonder what I'll DO for the next two weeks. I remember my first development projects I was incredibly stressed about how I was going to make good use of the time. But then I had bees to work with and trainees. Now, here, I have just two half interested trainees and boxes of dead bees.

I resign myself to a two week vacation of riding horses through stark wind-swept mountain valleys and fishing in muddy rivers. There's worse things I suppose, though I hate to "waste time." I haven't had a non-bee related vacation in years.

As it turns out we were able to visit a beekeeper across the village, ie a five minute walk away, who, just past his thatched farm shed and s small freshly hand-tilled garden plot, had a few dozen beehives under trees by a gully. He seemed thoroughly experienced. ...which only increased my feelings of "why am I here?" if they have an experienced beekeeper literally around the corner. I'm sure he doesn't know everything (neither do I), but his attitude toward me was obliging but not that he expected to learn anything.
I was really impressed by their bees though. The bees were kept in big chest like boxes and they were incredibly docile. All kinds of bystanders were able to stand immediately beside the box without being bothered by the bees.
One thing I tried to narrow in on was treatment of the bee pest varroa mites, since the treatment thereof had killed my hosts bees the other day. Unfortunately, as I would find with every other beekeeper I talked to in the area, he treated with chemicals which were unknown to me by the trade name he knew them, in dosages either recommended by the person who sold the chemicals or that he heard through the beekeeper grapevine. All I could do was vaguely urge them to find out as much as they can about any chemicals they treat their bees with and be very careful with it. 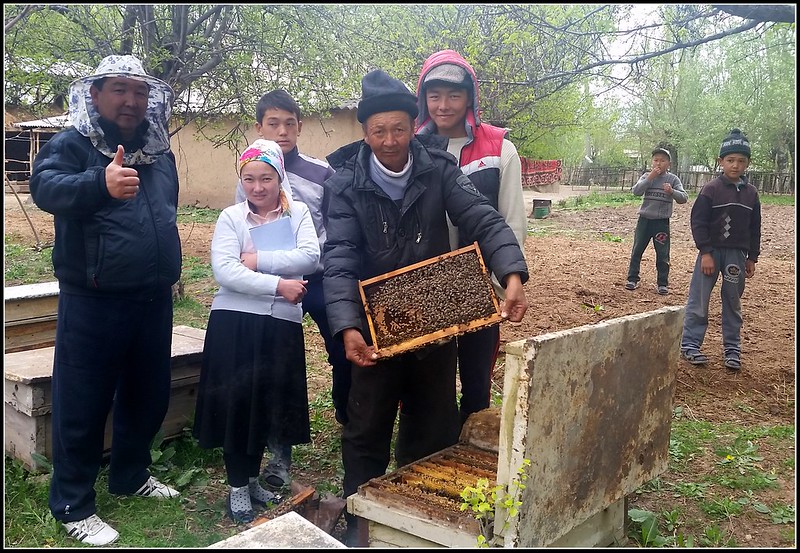 this is an occupied hive full of bees, look how they don't bother anyone!

After we finished playing with those bees we walked back to the host's house, where people were loading the heavy dead beehives into a truck to be taken to the beekeeper we just visited, who would apparently sell him replacement bees. Other than bee related issues it continued to be a fascinating cultural experience, this village that seemed lost in time with crumbling stone walls, thatched hay lofts, people commuting about by horse, people tilling garden plots with hand held hoes, and the beautiful explosions of cherry trees in blossom.

Kyrgyz seem allergic to spending time indoors. Even though the temperature was still very brisk, uncomfortable to be out without a big coat, they still took most meals outdoors at a table on a little raised platform. The variety of home-made jams and fresh bread and the like was really a treat. Also they drank copious copious amounts of tea (made from herbs the women had gathered in the surrounding hills!). 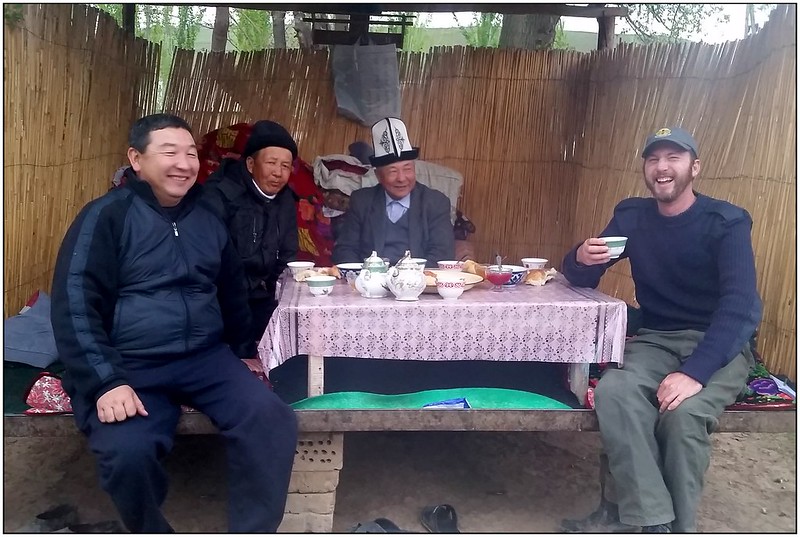 Later that afternoon I was taking a nap, wrapped like a burrito again in a cocoon of blankets (hey it was freezing, there was nothing else to do, and I was still suffering jet lag!) when I got a call from Guljamal, the Organization's regional director.
"The project is finished?" she asked in a tone of surprise, "the host called saying you have taught them everything already!"

Oh, um. Well that took me fairly aback. I don't remember what I said, this all took me quite by surprise. Admittedly there was little to do there but where would I go and what would I do if I wasn't in the village at all?? And even though it wasn't my fault they had no trainees and had killed their bees, it still felt like I had somehow failed.
They had gotten the prestige of bringing in a beekeeper from far away and now they were done with me, to brush me back and get back to business as usual.
At least everyone was still very cordial, in fact you'd think it was a wild success. The host's son, the banker in Osh, wanted to take me back to Osh and show me around the ancient city. This at least sounded somewhat promising, I like ancient cities. Nurzat, my translator, thought she might be able to round up more beekeepers herself in and around Kershab, where she lives with her husbands family, so we decided to hitch a ride the next day with the banker to Kershab, which was just an hour away back on the main road that I suppose probably sits on the exact route of the ancient Silk Road. 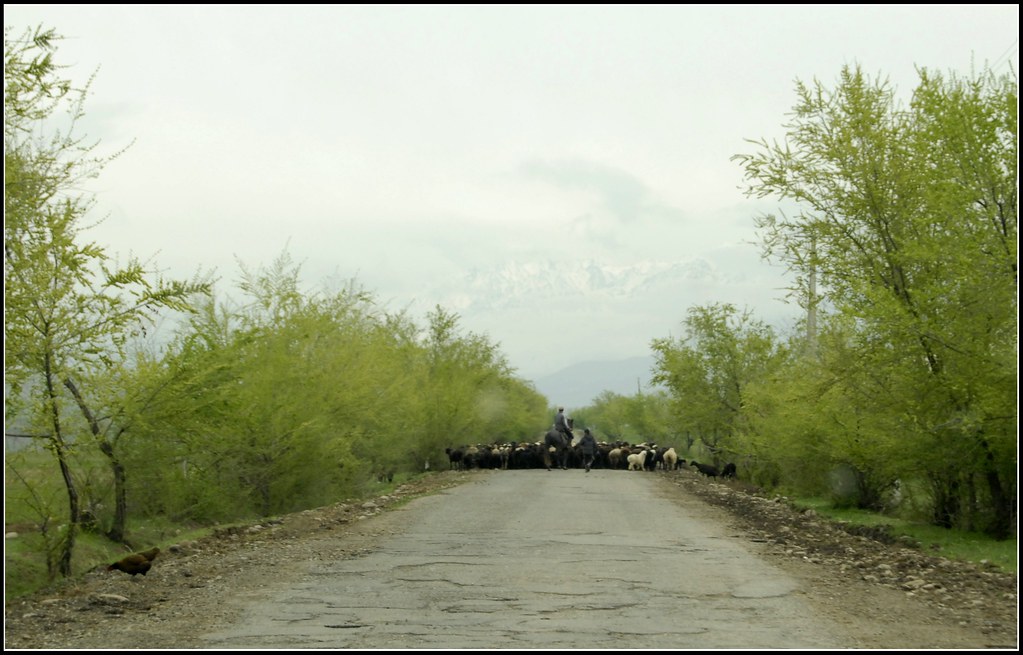