Usually I get my Year In Review posts up within a few days of New Years. Well this is not one of those occasions. It's only... a quarter of the next year late? But tomorrow (March 20th) the sun will cross the equator somewhere over the Congo (ie it's the equinox), thus officially ending summer here, heralding the end of the beekeeping season and months of cold and wet and hopefully traveling, so maybe the equinox is actually a more appropriate time to review the year than the arbitrary "New Years Day."

2016 is notable for being an entire calendar year in which I didn't set foot or come near the American continents. Having arrived in Australia on December 18th, I lived in Australia for the entirety of 2016 (interestingly, of the past six years, 2014 is the only year I spent no part of the year living in Australia!)

Memories of those first few months here still have a golden dreamy quality ... in large part literally golden because the hills and fields were a golden yellow and the sun sets late in summer here in a drawn out warm golden twilight. Everything was so new and exciting and beautiful. I was enthralled to live in such beautiful countryside, and was immensely fortunate that I met many of the people who are still my best friends here today very early on.

The first of many local adventures, in mid January, so only my third or fourth week here, my friend Billie and one of her twin sisters (they're triplets) went on an adventure down into the forest and coast, and her car, "Kermit," died in a particularly remote place and great adventures ensued as we tried to extricate ourselves and the car from the situation. What's funny looking back on all this is that the very same Kermit is now the car _I_ drive! Kermit has a lot of personality but other than the battery problem she had that one day she's a pretty dependable beast. 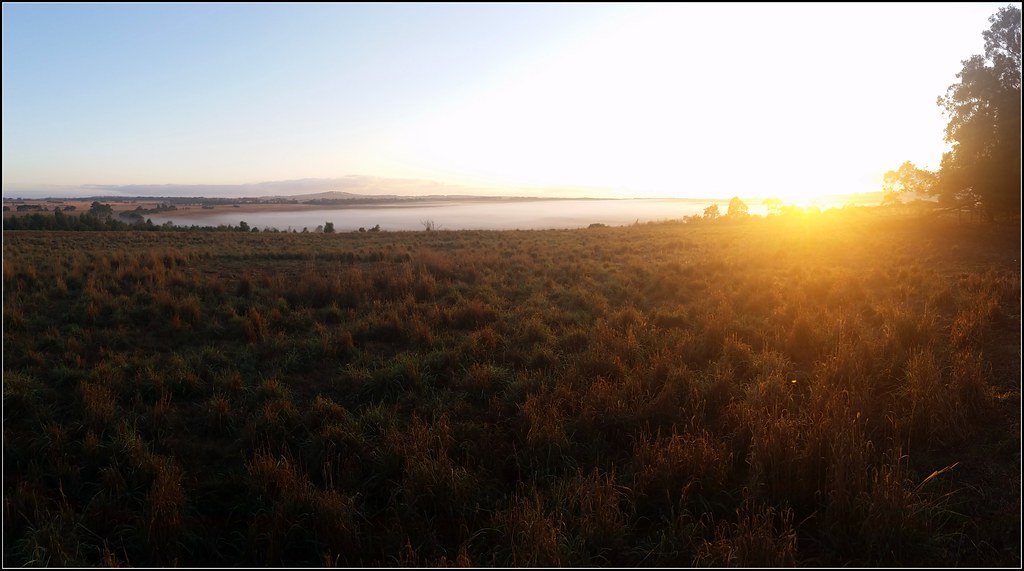 Initially I lived in a nice caravan on the farm, that has been semi permanently anchored just beside the vegetable garden, with a room added that doubles its size. It was convenient to live on the farm, for the instant commute, to be able to nick inside for lunch, and for the epic views of the lake.
But as Summer gave way to Autumn and Winter in March and April, and sideways freezing rain beame the new normal the insufficiency of the insulation of the caravan's walls became increasingly apparent to me, as I'd spend my evenings hovering within feet of the space heater. Additionally, living at work never truly allows one to "get away" and unspool. Consequently sometime around maybe May I moved to a cute little house near the tiny "town" of Moriac about ten minutes East, toward the city of Geelong. Here I lived in the country just outside of Moriac with one housemate, Susie, who mostly worked a lot. And by tiny town I mean it only had one shopfront, the general store.

That was all good and well but eventually I yearned to have a place entirely to myself, and consequently in January 2017 I have moved to this totally delightful little house I adore in the town of Birregurra: 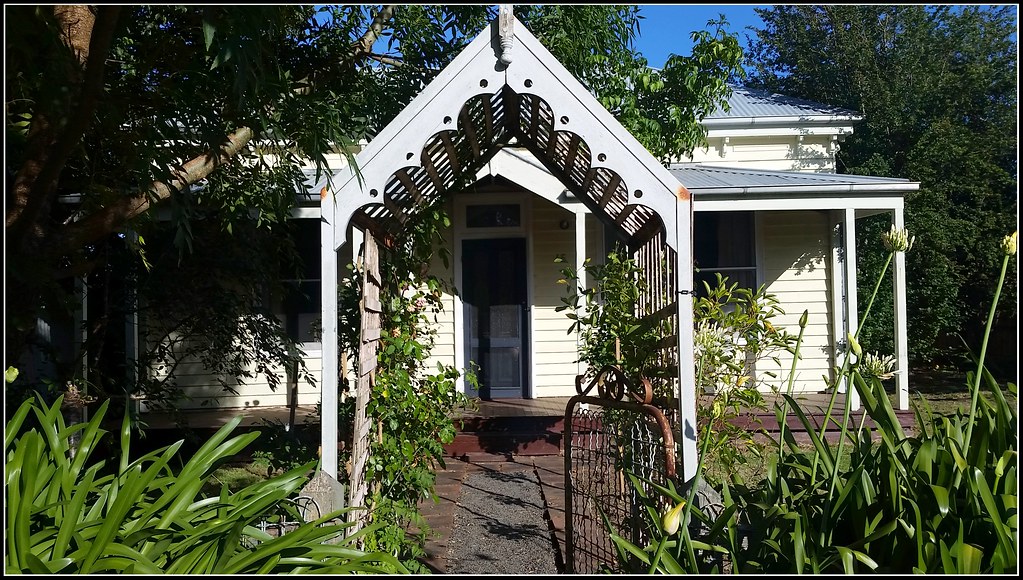 From this adorable little house if I walk down my front steps and past a field with cows grazing in it to arrive about a minute later in "downtown Birregurra," where there's a well stocked general store, a pub, a provedore (which is a place that supplies fancy shmancy local food apparently?), and like three art galleries, because apparently this is artsy fartsy land.
Only problem is that it IS like 45 minutes from here to Geelong town. 25 minutes to work, which is halfway so if I plan to go to town after work I just go straight from work which isn't bad ... but coming home from Tuesday trivia at the end of the evening is a bit of a trek.
Now, it's 16 minutes drive from my front door to the centre of Colac town, but Colac is like the "shadowy place," Simba asks about in the Lion King ... we do not like to think about Colac. Okay it's not that bad but every time it is mentioned someone will pipe in that it's apparently officially the STD capitol of Australia... and really I prefer to keep my life oriented toward Geelong. Geelong, population nearly 200,000, is just big enough that there's things to do without being any bigger than is quite necessary. Though it does appear to be expanding into ugly new subdivisions that spring up around it's periphery like some kind of noxious mold.
AND I don't often have any reason to travel to the local metropolis of Melbourne but Birregurra actually has a train station with several trains a day to Melbourne (about two hours away), so if I did want to go there I could literally walk to the train station.


In February I traveled to the Philippines for my friend Justin's wedding. It was lovely, I've never traveled in the direction of Asia at all before. Unfortunately, having barely been at my new job for two months I didn't feel I should take a heap of days off so I basically spent two days traveling to spend three days there! But the beaches on Boracay Island were really nice and I do hope to go again some time when I actually have more time. 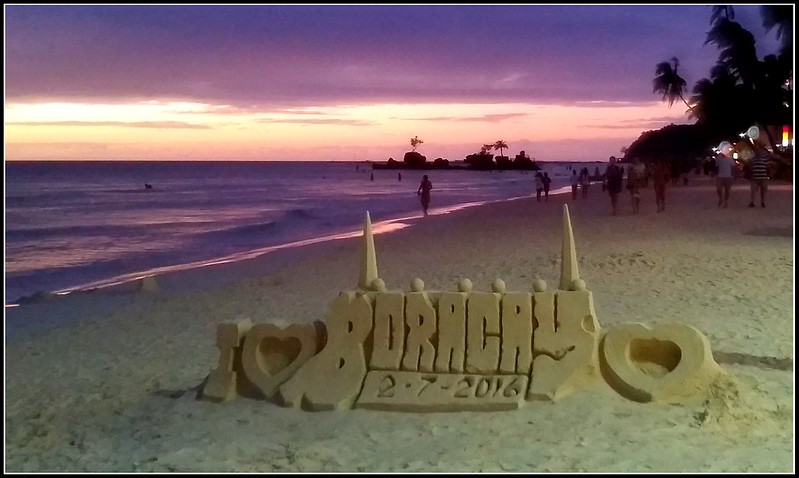 ( More (well all 13) pictures from the Philippines )

In April I traveled to Kyrgyzstan for a project, which I was really excited about because I've long been interested in Central Asia as a oft-overlooked corner of the world. You hear more about the deepest parts of Africa than you do about Turkmenistan, Kazakhstan, Tijikistan etc etc Mongolia. I found the region to be an intriguing mix of seemingly far flung influences: Asian looking people with Turkish culture and a Russian/Soviet political history. While in Australia the dreary wet coldness of Winter was just starting to set in, in Kyrgyzstan the first bright flowers of Spring were blossoming and Spring was in the air among the villages of thatched houses and green hills over which horseback shepherds constantly rode.

In July I went to Guinea in West Africa for the third time. Coming from Australia it was an ordeal getting there, and a huge ordeal getting back (it took six days from airport to airport!). Its also always a bit of a roadtrip getting in and out of the interior, but somewhere in there I actually did a training project. Other than transit nightmares this project was noteworthy in that I was working with a Peace Corps volunteer in their natural environment in the field. Having long thought about doing Peace Corps myself it was novel for me to actually be there with one in the field.

I shot myself in the foot posting all my best Guinea pictures the other day and not wanting to repost the same pictures, so here's a new one: 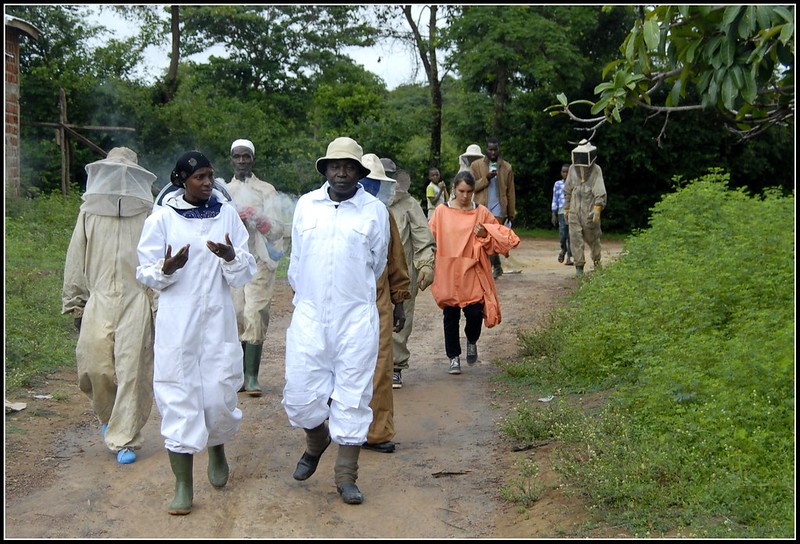 
And that was it for travel in 2016. I had a beekeeping conference I really wanted to attend in Kigali, Rwanda, in September (my friend was driving from Kampala, Uganda, I could have roadtripped with him across Uganda!), but Spring was supposed to Spring in September so I cleared my schedule and sat there twiddling my fingers ... Spring didn't Spring until the last three weeks of what should have been the Summer as it happens.
My parents did visit in September and then I was pleasantly surprised to find they were ready to return again already this February (it was the addiction to tim-tam cookies I suspect). Both times they were shocked by how cold it was, especially since the second visit was ostensibly in the middle of Summer (feel my pain!!). I look forward to longer visits in the future since dad is retiring this year (and after all I have a three bedroom house to myself so have more than enough room for houseguests!)

Travel plans for 2017 include visiting the States in June for my brother's wedding (will have gone 18 months without being back by then!), definitely another visit to Guinea, possibly a project in the Congo, and world beekeeping conference in Istanbul in September (I'm going to have to figure out which years I _haven't_ been to Istanbul).

View from the farm last June, ie mid-winter. Not looking forward to 6+ months of coldness and darkness, but hopefully I'll get a bit of traveling in! In the mean time there were way more pictures I'd have liked to post than I was able to cram in here. I'll try to work them in subsequently (: But you can as always see all the pictures here.


See Also: This year had a quick mid-year review on the occasion of having lived in Australia six months.