I've had this idea pertaining to creative writing.

But first, by way of background. I've recently gotten into this science fiction series, the Honor Harrington Series, anyone else read it? I like it, I mean I've read thirteen of the books in the last few months. I like the universe he's created and all. But there's a big problem: I've become convinced there's really only two characters. Oh sure they have different names and do different things but there's only two personalities that have been cloned over and over again. There's the superlative good guy who is smart and nice and everything good and there's the arrogant blustering bad guy. The main character is the smartest, craftiest, most noble person and gosh dang it people like her, and any semblance of a bad quality she might have are the kinds of crap you answer during a job interview when asked about your greatest weakness, you know, "oh, too much of a perfectionist," "too willing to sacrifice myself for others," and "my limbs don't grow back when shot off so I had a gun built into my hand last time it got blown off." Also she has bionic vision and can read minds. This guy does NOT write complex characters.

So it got me thinking, there should be a character test. Like, a short story in which the character is put through their paces through a wide range of emotional circumstances and ethical decisions, and one could take this short story and drop in any significant character they're working on to explore how the character's behavior and reactions differ from other characters. ... and if you always get the exact same outcomes maybe you need to work on character complexity.


Completely Unrelated Photo of the Day 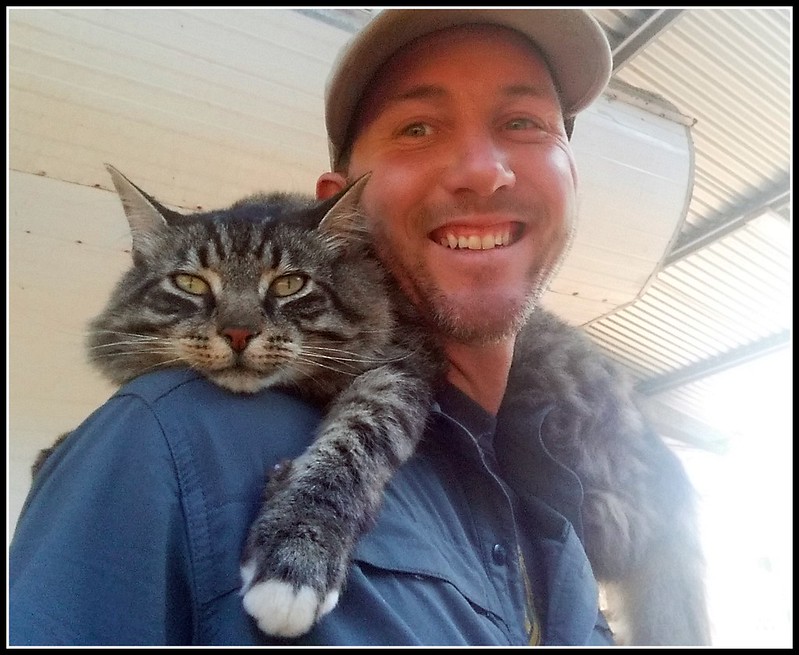 Cato is a complex character. Sometimes he chases the other cats, sometimes he helps groom them.


So I've been trying to think of a story idea with the requisite emotional range, and you know it doesn't even have to be original since this isn't for to be published as a final product, but I couldn't think of anything.

On the ethical decisions front I was thinking well I guess I could contrive to come up with a sort of classic "trolley problem," situation (has "trolley problem" been an LJI topic yet? It totally should be one).
And then I remembered the Kobayashi Maru test in Star Trek. Depicted in the opening scene of the Original Series movie The Wrath of Khan, it's a training exercise meant to put an officer in an unwinnable situation -- they receive a distress call from a ship in Klingon space, where there seems to be a bit of a cold war on and entering the space could be seen as an act of war -- if the officer attempts to rescue the Kobayashi Maru they inevitably get destroyed by Klingons. That's the basic gist of it, but in countless spinoffs and novelizations, people "beat it" in various ways, and the biggest shortcoming seems to me to be that if the officer in question chooses not to violate international galactic law by proceeding into Klingon space... nothing happens. Seems a bit potentially anticlimatic.
But anyway this got me thinking of ways to modify the Kobayashi Maru test for my purposes, and as such my thinking kind of stayed in that genre (that is to say, sci fi with the protagonist commanding a spaceship). Then I was thinking I should combine this test with the trolley problem.
So the combined trolley problem / Kobayashi Maru test I came up with is more or less this: while in command of a starship he learns that a number of civilians have been taken captive from a nearby colony by an enemy ship. He quickly finds that ship and that ship turns to attack him. Now the situation is this, he actually can easily destroy it, but there are more innocent civilians being held captive on that ship than there are crewmembers on his own, so destroying that ship will cause a greater net loss of innocent/good-guy lives. And let us say he can't outrun it, and it is intent on destroying him, and he can't just sit there and take a pounding he must either destroy it or be destroyed. Should create some drama right? I actually kind of want to write this story for it's own sake now. Also I've kinda had a hankering to write some space faring sci fi that doesn't violate any laws of physics except maybe an extremely efficient propulsion system -- no artificial gravity, no faster-than-light, no "inertial compensator" to prevent people from being turned into jelly if you accelerate at 500 gravities...

Granted, this doesn't answer other pertinent questions I would have liked to explore, like "how does the character perform at work after receiving unrelated emotionally distressing news," or "how long will they stay on hold with the phone company customer service representative and will they give them a piece of their mind," but we might have to drop them into a wholly different situation to explore that one.


A somewhat related beef I have is how so many authors seem to write people fundamentally differently if the setting is the Middle Ages or contemporary or in the future. I really like historical fiction by Bernard Cornwell but his stories also have some serious character deficiencies (I swear all his protagonists are also all the same guy), and he'd have to believe that everyone who lived in the 10th century just loooooved battle more than anything else. Drop your pirate into a modern starbucks and if he seems like he fundamentally wouldn't fit he's probably not realistic for his own time either.