Some Thoughts on Vikings 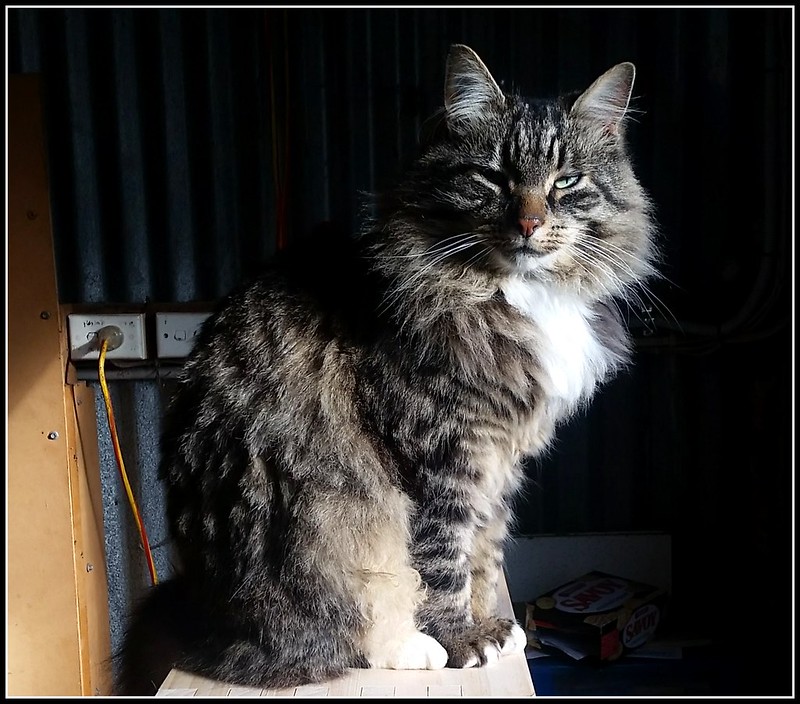 If I may be so bold, I'd like to combine two fairly unrelated things in this entry. First I just wanted to post the pictures above and below of Cato posing particularly dramatically. And as long as I'm posting I've been wanting to rant a little bit about the Viking television series so I'm going to go ahead and do that. (Though I'll point out that viking cats are definitely a thing, we can call Cato "Bjornekatt Loðstjärt."(Bear-cat shaggy-butt))

Now if I have a bunch of criticisms of the Vikings show it's not because I loathe and despise it but because vikings are near and dear to my heart and the show is almost excellent, except for a few things that really grate upon me, which is why I need to get it off my chest.
I don't intend to include any spoilers in here except for maybe general comments on the personalities of main characters.

(1) First of all, worst of all, that friggen "seer" is totally fantasy cliche and stolen whole cloth from the movie 300. I like that supernatural things occasionally happen, but I prefer it when they're portrayed kind of ambiguously like it could have just been a coincidence or someone's imagination, but this permanent character who doesn't look like a realistic normal human, doesn't act like one, and I cant' forget that I saw him looking and acting the same way in 300 is just a huge affront to my willing suspension of disbelief and enjoyment of the film.
(2) What's with the awful haircuts? I googled around about the historical accuracy of the series before writing this and found some stupid puff pieces about how "yes they did have hair braids like that!" ... conveniently ignoring that I'm prrrrretty sure no one could be bothered to painstakingly shave fashionable portions of their head with the tools at hand (which is to say knives and water that would have to be heated over a fire). I feel like in later seasons they toned this down but in the first season it looked like a bunch of bikers with too much time on their hands escaped from hair design school. Also, it's one thing to have it shaved clean but Ragnar's son Bjorne looks like he has his hair shaved evenly at like a no 4 setting on a clippers, which would also be very hard to maintain without, you know, a clippers.
(3) The immortality of main characters. It's a classic failing of MOST series that eventually you come to realize none of the main characters will ever die. Without giving too much away, several times main characters appear to be killed in battle, shot up with arrows, hacked and then run over by horses, limp corpse carried away... then it turns out they're alive! And walking talking frolicking about in the next scene. Instead of being on the edge of my seat when it looks like a main characters is about to die in battle, as you'd think they'd want the audience to feel, I just roll my eyes and when sure enough it turns out they're actually alive I groan aloud -- not because I specifically want any of the characters in question to die so much as just, come on man.
(4) the world revolves around them -- it's also a weakness in a series when you start to feel like there's no world outside what's presently on set, and that they're the most important people in the world. In particular, when the viking king comes and hangs out for most of a season or two and has no retainers, seemingly nothing better to do, it seemed pretty odd to me. Doesn't he have at least a town of his own, and I don't know, a best friend? He just floats around like the secondary character he is and it starts to feel like they haven't filled out the rest of the viking world at all.
(5) I really think they should have cast said king as Ragnar instead of the guy they did. He actually does seem to have the force of presence expected. The guy playing Ragnar seems like he's trying to channel Johnny Depp but it doesn't work for him. He doesn't have a forceful presence, he has a weird retreating twitching not-making-eye-contact not making decisions presence that doesn't seem to me to fit the part.
(6) Ragnar Lodbroke means "Ragnar shaggy pants," WHERE ARE HIS SHAGGY PANTS
(7) The tattoos. Did you know, there IS one reference to vikings "being covered in green drawings," by the Arab diplomat Ibn Fadlan who encountered a group of Varangrians (that is to say Norsemen who had settled in what is now Russia) in Bulgaria. Being as this is the only reference in any record, it is far more likely they picked it up in Russia (there's Siberian tribes known to tattoo -- seriously check out these cool tattoos) than that somehow no one in Europe ever thought to mention it and no tattoo implements have survived among the many oddments that have (I call this occam's tattoo needle).
(8) This doesn't really bother me like the other things, but while I'm mentioning things, despite the two human sacrifices in the series being portrayed as voluntary, and indeed the priests refusing to take a non-voluntary sacrifice, and there are historical references and evidence of sacrifices, there is no historical reference or evidence of a single voluntary sacrifice.
(9) Cato reminds me that there's no cats. Hmm that's a good point there really aren't.

But other than the above points I must say I do find it rather enjoyable. I do really appreciate that they make a lot of references to the sagas and historical events. Presently once a week my friend Billie and I get together and I bring a bottle of mead and we watch a few episodes. 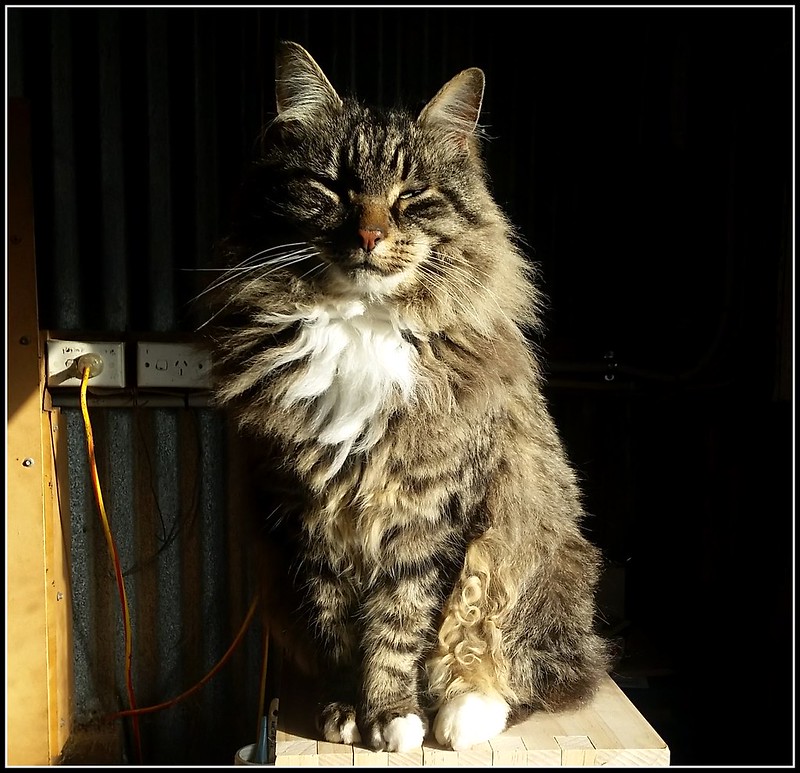