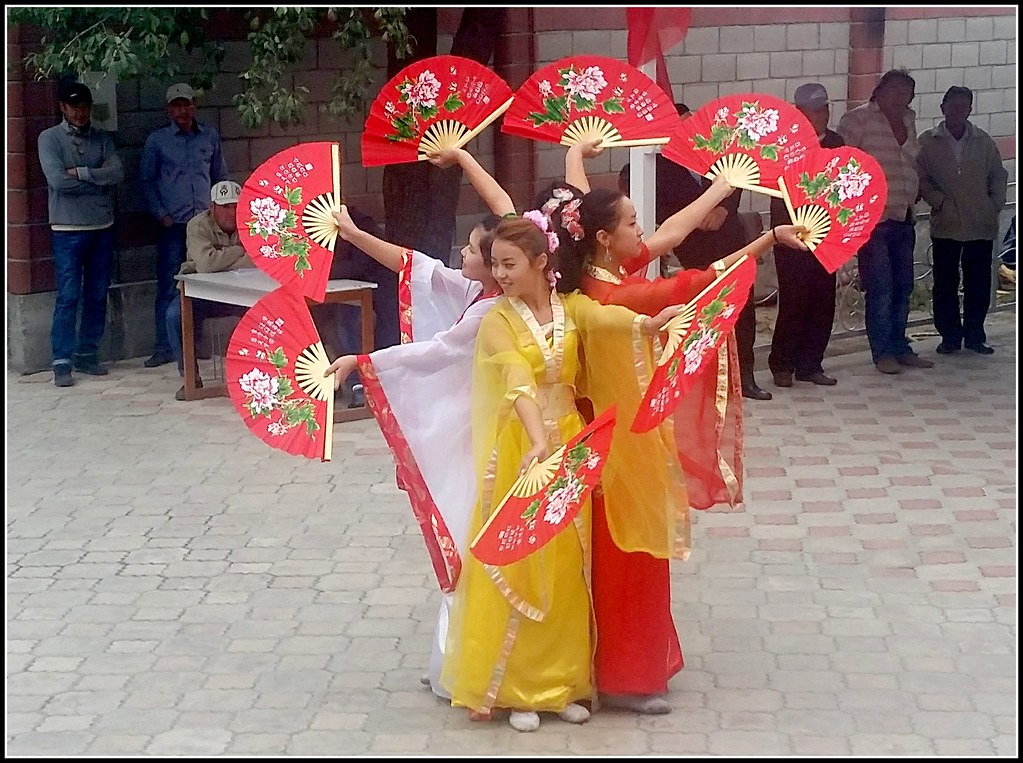 Day 4 - as I lay in bed in the morning (updating LJ in fact) there was a steady roll of thunder outside and heavy thrumming of rain against the window and roof. I actually really like this weather.

Went out to meet Hamida at 8:20 but she didn't appear. Tapped on her door and I could barely hear her over the sound of rain even as she shouted through the door but I was able to gather that some relatives of hers invited us to breakfast at 9:30. So I returned to my room.

At 9:30 when we went to get a taxi in front of the resort the rain had petered off though the clouds still looked heavy. It was now that I learned we were going to a wedding! If I'd known I would have put on better clothes! Why am I always being tricked into underdressing for weddings??

It was about half an hour drive to the town of Karakol. Along the way I observed that Kyrgyz towns seem to have really extensive suburbs. Like there's barely a town center, no apartment blocks, pretty much0the towns entirely consist of suburb like cute houses set in quarter to half acre lots with a white picket fence around it. Frequently there's a thatched shed in the back, not infrequently there's pretty wooden scrollwork just where the walls meet the steeply angled roof. Also I saw a number of grain harvesters parked in front driveways. And then two ten wear olds would come down the road on a cart pulled by a horse like this is 1870 or something -- except the cart has rubber tires

I wonder if the reason their towns are so spread out is0because of the ubiquity of horse transport. Walking distance constraints tend to constrict housing in places where not everyone has cars but here you can always hop on your horse.

Arrived at a big house with many cheerful people in the front yard and festive decorations up. I felt a bit awkward at first being the only non dungan walking in and not actually knowing the wedding party, but almost immediately the groom greeted me and made me feel welcome. He was wearing a suit and red and green sashes crossed across his chest. He was very nice. He wasn't quite expansive in English but seemed able to say anything he wished to. He's apparently a dentist

Hamida explained to me that women and men eat separately and left me in the care of her ten year old brother, who soon escaped and spent the whole wedding out of sight in some interior room, apparently bored with it all. But I was quite alright everyone was very friendly and there were0two or three other people who spoke perfect English whom I met at various points.

First order of business was sitting down to a meal of meatballs in "Durgan vinegar" which were actually really good. None of the young men I was sitting with0spoke English but they were very friendly. I discovered that durgans, being a Chinese ethnic group, eat with chopsticks ... but this is a skill I have never been able to master and was provided with a fork.

The bride had a beautiful red Chinese style dress (see my instagram for a picture or two). Apparently they had fetched her from her family near Bishkek the day before. Though no one mentioned it this year I recall last year being told that brides are traditionally "kidnapped" by the groom, even if (fortunately) in modern times it is merely going through the motions.

The brides family and friends arrived in mid afternoon and then there was another round of feasting and dancing. MD particular note there were four teenage girls performing traditional dances that were very interesting. I got one picture up on instagram, but mostly I was taking them with the DSLR so you'll see them in a month.

Returning to Djety-Oguz, in the early evening we walked over to the Russian's house to talk about bees and all. After about half an hour the grandfather joined us exclaiming "why aren't you drinking?!" And immediately pouring everyone some homemade raspberry cider which was actually quite good. They kept refilling my glass but have yet to get me drunk! I fear soon they will break out the big guns and ply mewith vodka. We had dinner there, lagman, a noodle dish. Noted it was fairly different from the lagman I had in Bishkek, more soupy. By the time we left it was entirely dark but we only got a little lost crossing back to our rooms. 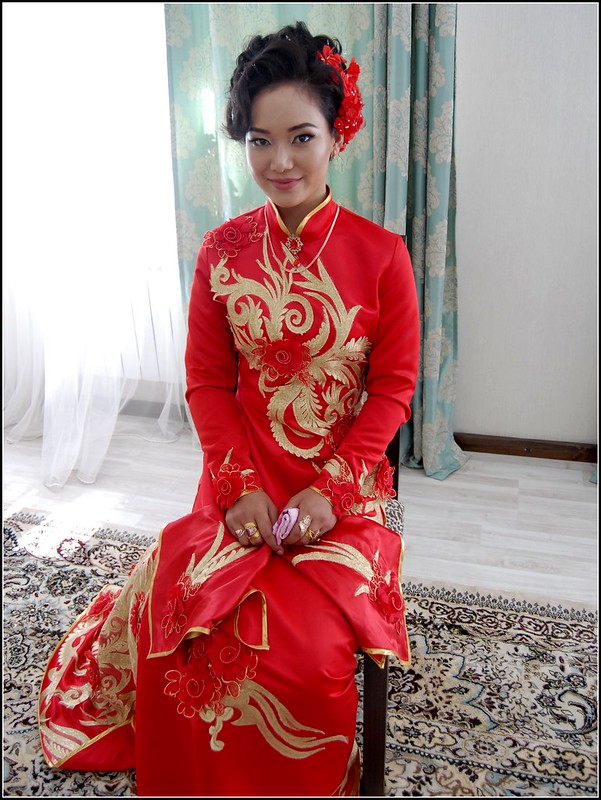