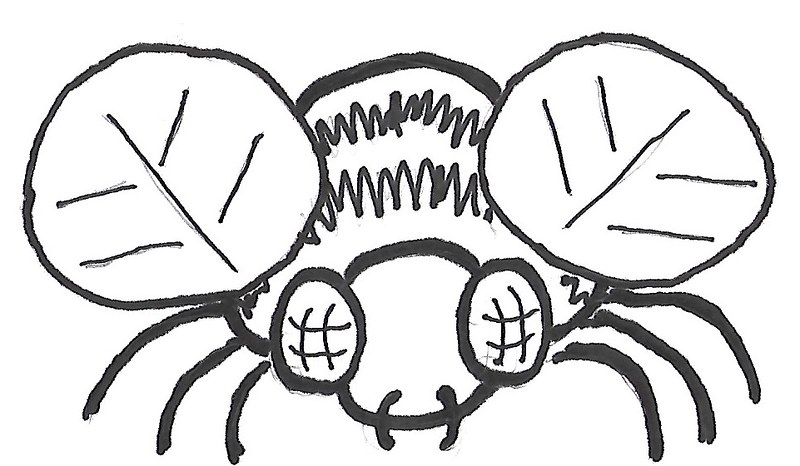 I've been known to draw, upon occasion in the past, though I haven't really in years now.


It is swarming season here, and there already is a flyer on the general store bulletin board that says "CALL [MURRAY] FOR BEE SWARM CATCHING" in big block letters in sharpie. Well I'm sure I can do better than that. So I sat down with the pencils and paper I had at hand, quickly discovering I didn't appear to even have an eraser. So then I went to the store for an eraser and came back with a ruler and several different finenesses of pen as well. But you can only erase and redraw bits so many times, so I thought I'd scan my drawing and edit it on the computer, that turned out pretty tedious between the scanning app on my phone and the freeware photo editing program (paint.net) I've been using... so I ended up getting an actual scanner/printer for around 50 roo bucks (around 30 US!), the biggest investment of which was probably actually the 80 minutes driving to town and back. 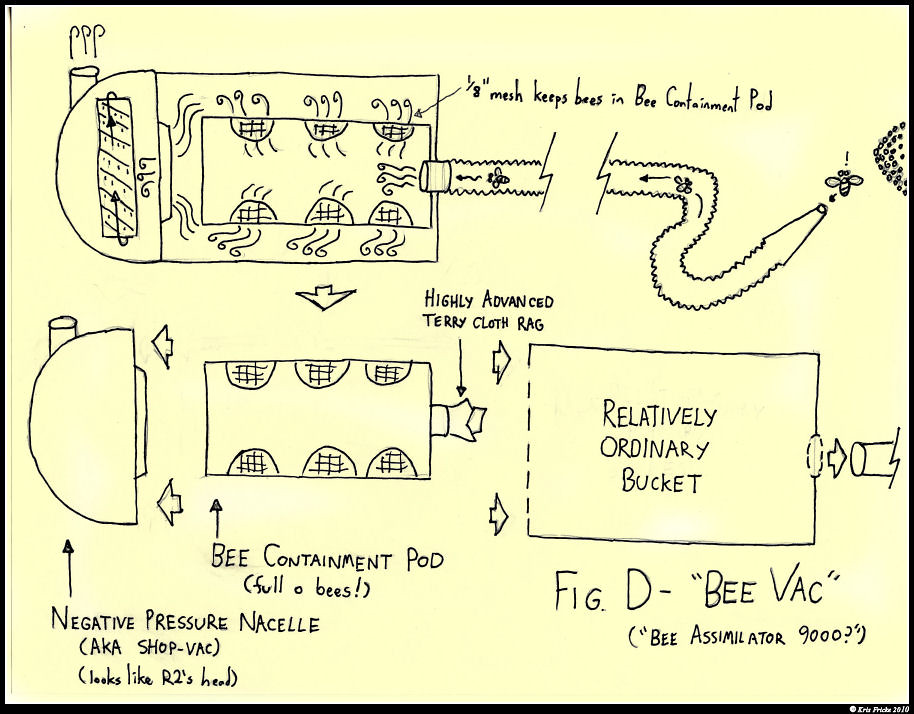 That bee at the end of the hose with the exclamation point over her head? Yep that's the perfect bee! Problem is, it's probably like half a centimeter in length. So I enlarged it, printed it out, traced over it, and inked it, to create the New, Improved, More Perfect Bee: 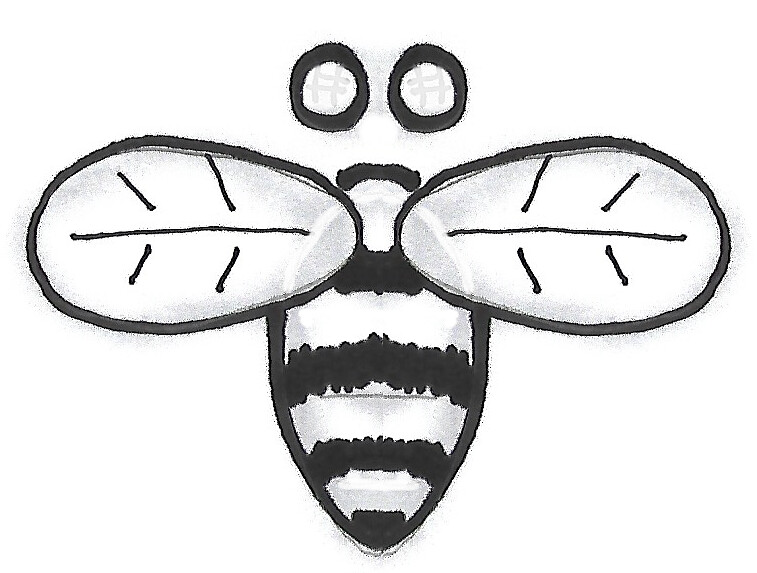 Although, a bit ironically, I don't think it looks so great in small any more. I cut pasted it all over the swarm in the final one below, and the two flying into the beehive are it's sisters (retraced), but anyway, below is version 1 of my vision for a swarm catching flyer: 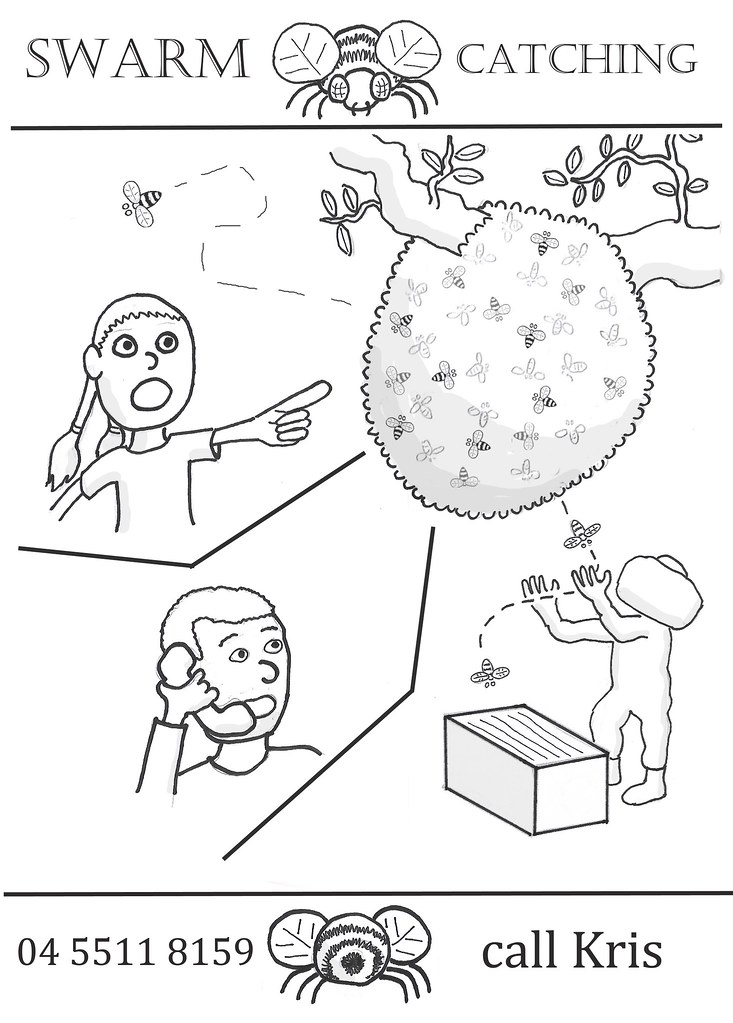 I think the quadrant around the guy still has too much empty space / the spacing / context of it isn't quiet right just yet, but I'm not sure how to fix it?

And the spacing of the words and bee on the bottom also looks off. If I moved the bee to the right it would look better but then the bee wouldn't be centered. Not sure what to do about it. And I know it would make more sense to have "Call Kris" precede the phone number, but this way the number is under the guy calling and the name is under me. 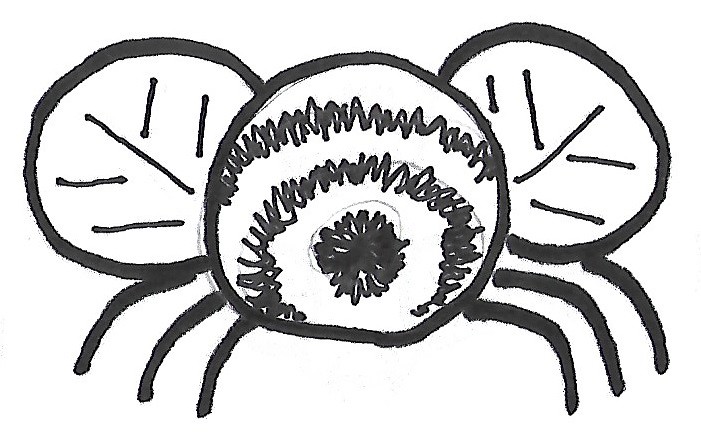