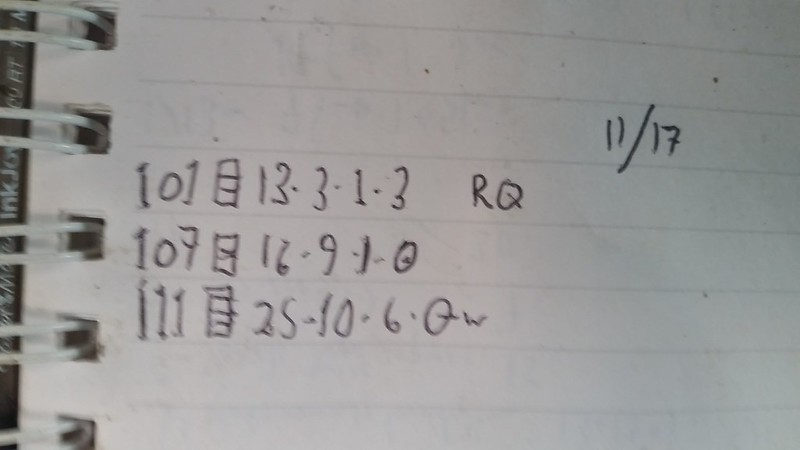 Here's a thing. I posted this to instagram and facebook and didn't really think anyone would be interested but a lot of people were. This is an example of how I take notes on beehives I inspect. There's templates out there that take up a whole page for each line there, but I don't have time or space for such shenanigans.

The first number is the hive number. Once upon a time in Days of Yore the hives would have been in order such that after 101 you'd have 102 and 103 etc, but as they get moved around they end up in all sorts of order. Hive 111 is named Ithaca but that doesn't make it into the notes.


A note about names. At first it seemed embarrassingly whimsical to name hives, but I find it actually really serves a practical purpose. The bees are distributed in locations (called apiaries by the pedantic and "bee yards," by us in the industry), which I've "named" A through P. I usually name at least one beehive at every location, with a name that begins with the name of the bee yard, so there's Athens, and Byzantium, Corinth, Delphi, Ephesus, Fangorn.... I might not know offhand where bee yard O is, but then I remember beehive Olympia and I can picture that exact beehive and where it is. Or vice versa I'm about to to make a note in my logbook and I'm wondering what bee yard this is, then I look over at beehive Mantua and remember oh yes this is M.


After the beehive number, there is a pictogram of the number of boxes currently on the beehive, then the first number is frames of bees -- since the bees tend to cluster together there'll be frames covered in bees and frames that just have a few. I'm using eight frame boxes so every 8 is a full box. I believe a frame of bees is about 1500 bees. The second number is frames of "brood," that is, developing bee larvae. I think this is possibly the most important number as it tells you how their future population outlook is. The third number is the frames of honey, which, as you can see by its presence as the fifth piece of information, I don't really dwell on. Because bees almost invariably partially fill a number of frames at once this isn't a number of filled frames so much as an aggregate -- if there's eight frames that are 20% full the number will probably be 1 or 2 (I try to resist putting in numbers like 1.5).

The last number is the queen. The O with a dot in it means a marked queen. The O with a line and little w means I just marked her with a white dot. The 3 means I didn't see the queen but I saw eggs, which means I know she was there at least three days ago, since that's how long an egg stays an egg. If the youngest thing I saw was a larvae I'd write a 4, 5, or 6 depending on its size, and if all I saw was the capped-over brood containing pupae I'd write a 21 meaning all I know is the queen was there within 21 days.

The queen marking color varies by year. Last year was white, this year is yellow. The one I marked white was because it was a queen from last year.


Most commercial beekeepers re-queen either once every two years or, increasingly, every year, since the queen's productivity goes down after the first year or two. "How do you replace the queen?" a friend asked after I posted this. Well. First you find the existing queen. Then you crush her head between your forefingers. Then you toss her over your left shoulder into the bushes behind you. Do NOT be like Ole GregA and leave her in the hive for the other bees to find, that is idiocy. Then you either insert a new queen in a queen cage and release her three days later or insert an unhatched queen cell.

Personally I think if a queen is still laying it seems a waste to just destroy her, so I like to do things like put the redundant queen in a new hive with a very small number of bees to see if she can start a new longshot hive.


But more importantly, instead of just automatically sight-unseen deciding to replace all my queens I make the decision on a case by case basis. In the case of the three hives inspected here, 9 or 10 frames of brood is just fine at this time of year so even though these are last year's queens I see absolutely no reason to replace them. However the one with 3 frames of brood you'll notice "RQ" written next to, which means it's earmarked to be requeened. 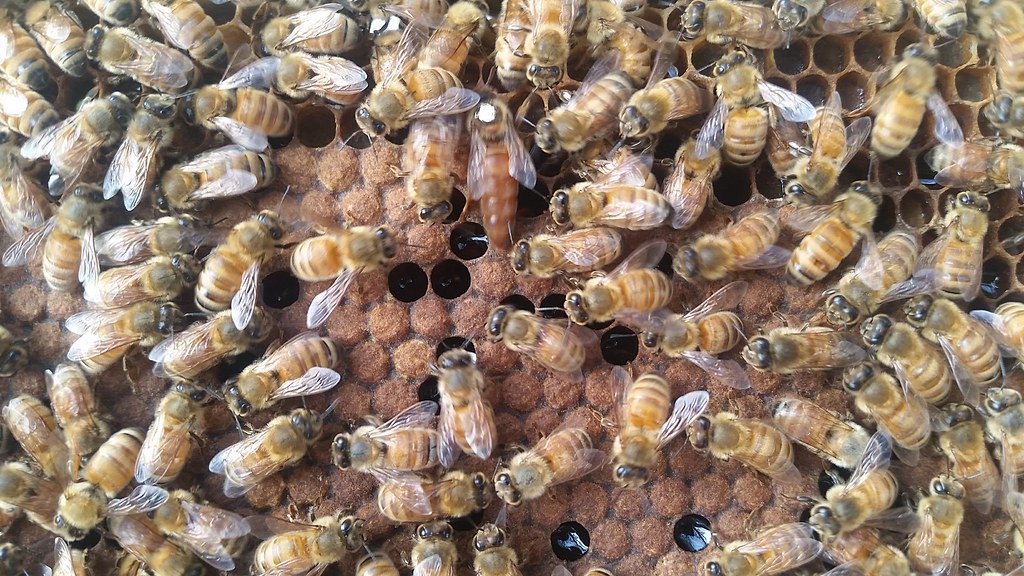 Posts from This Journal “beekeeping” Tag